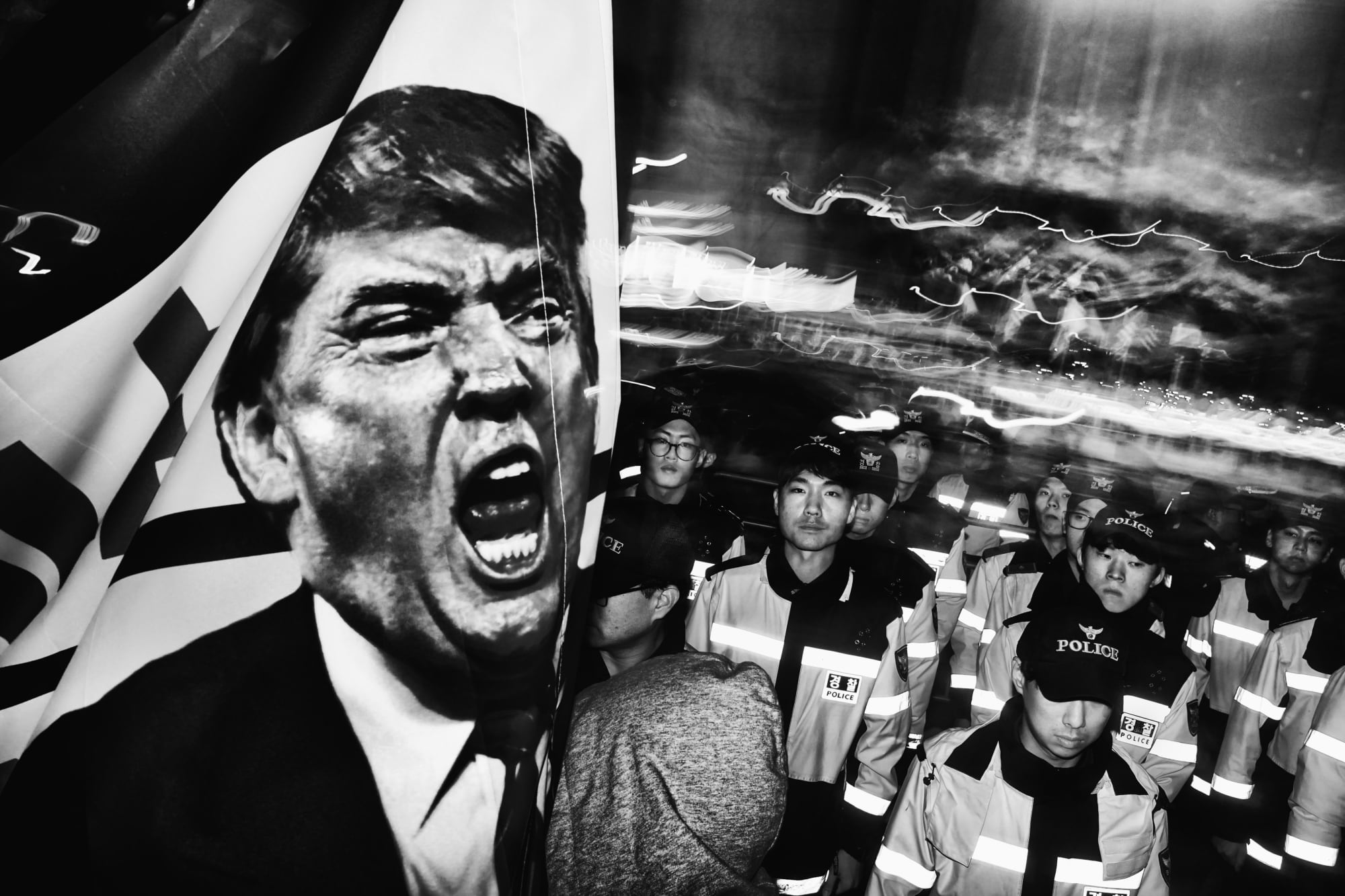 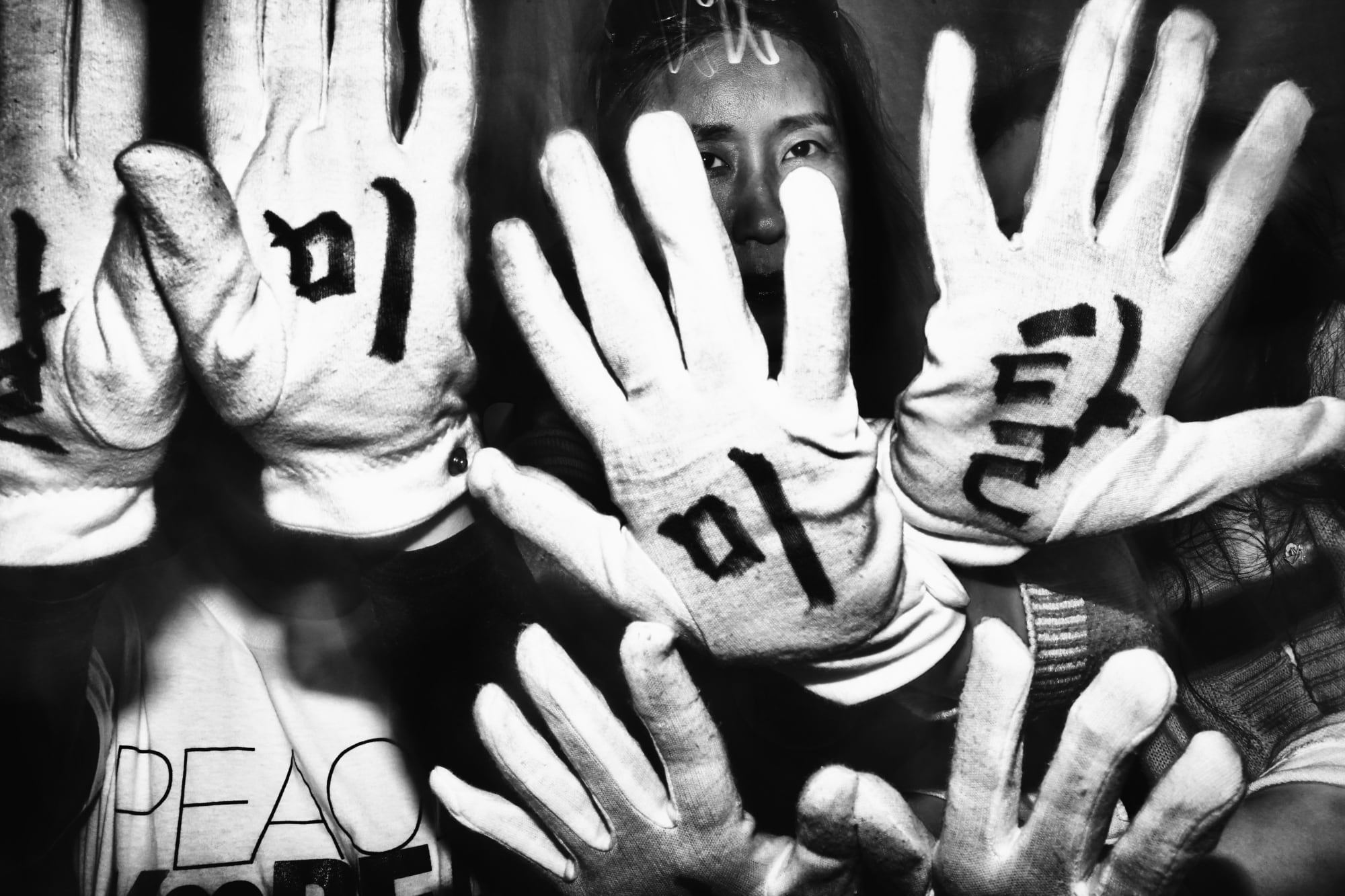 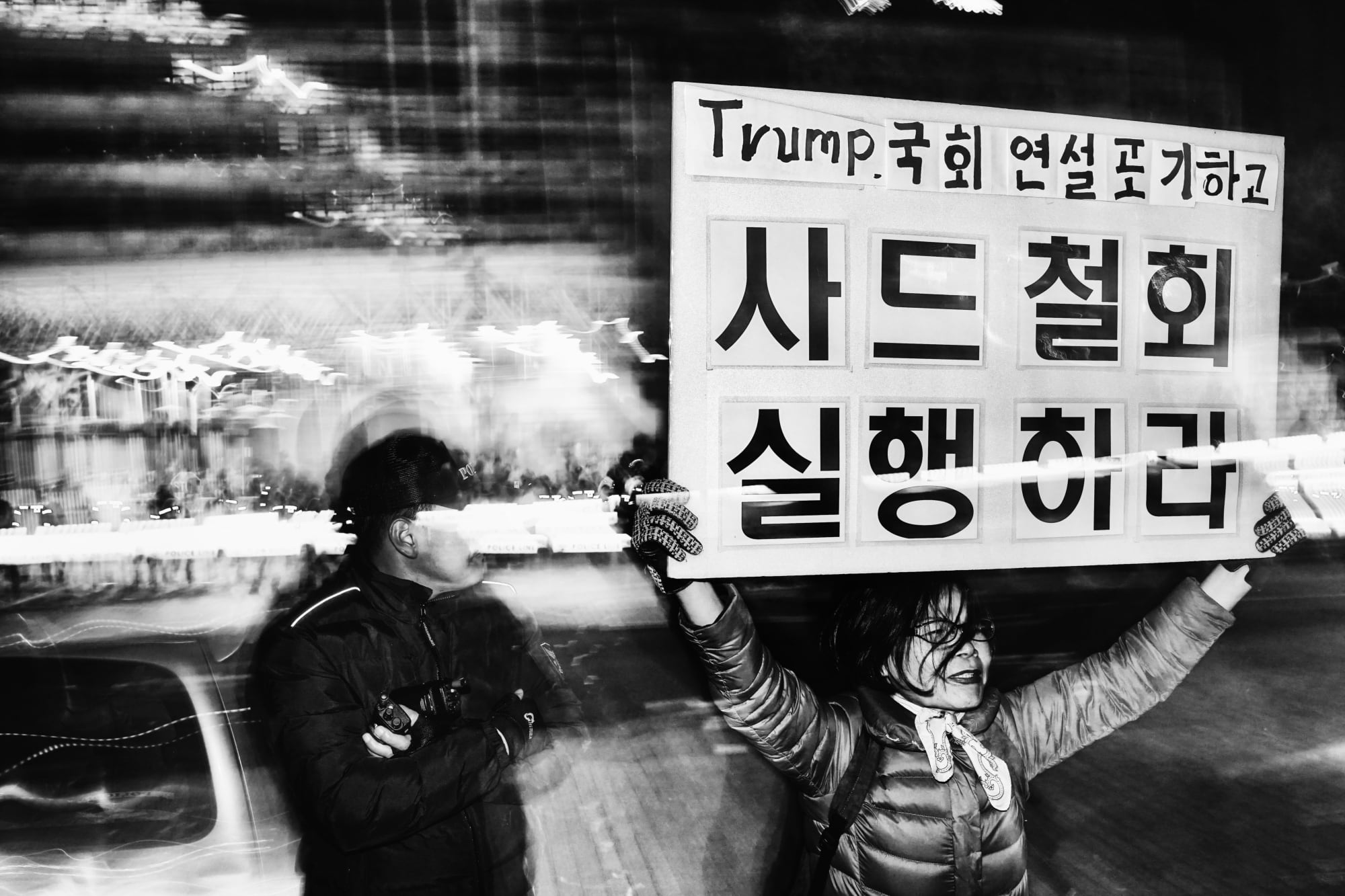 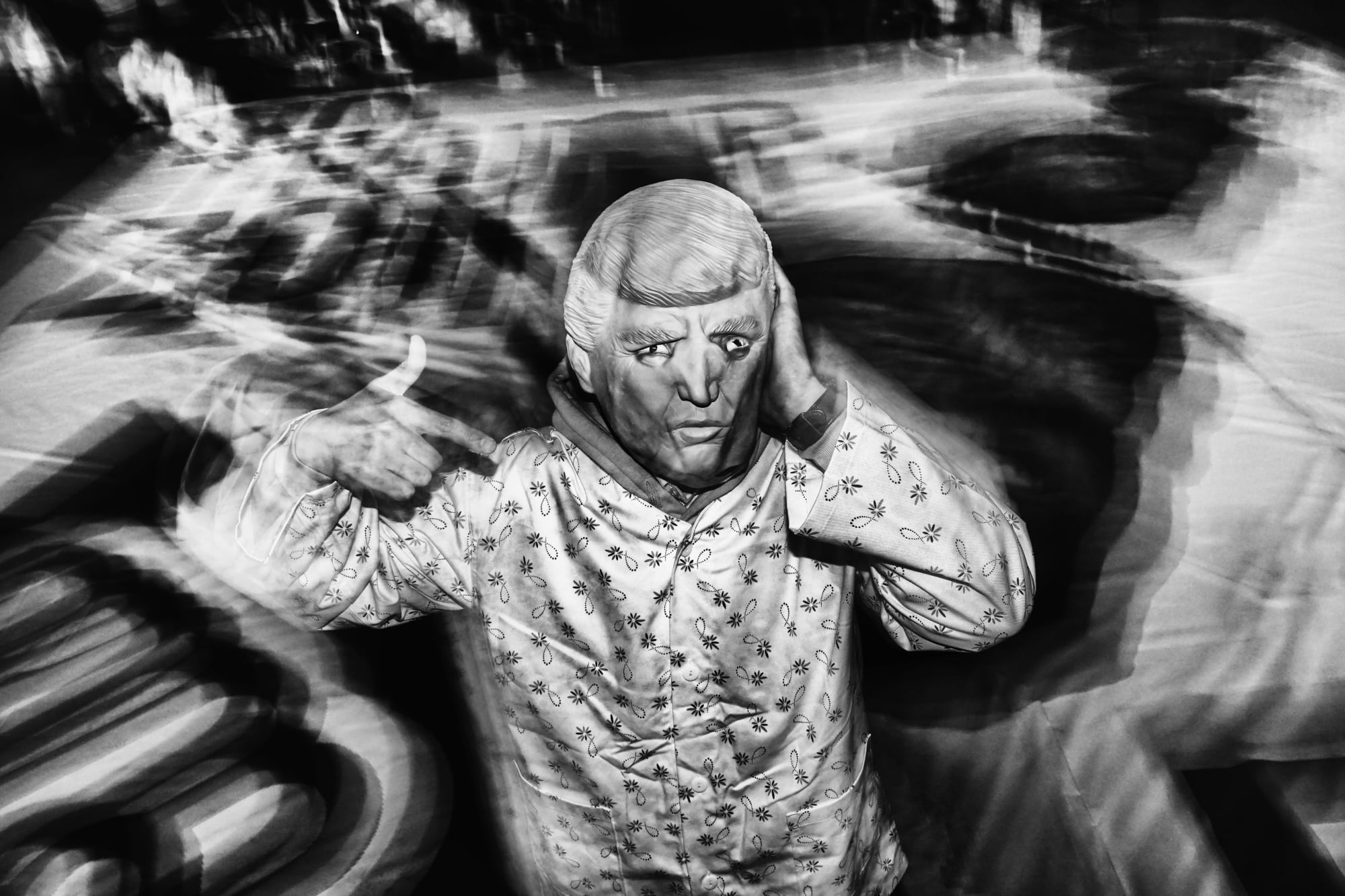 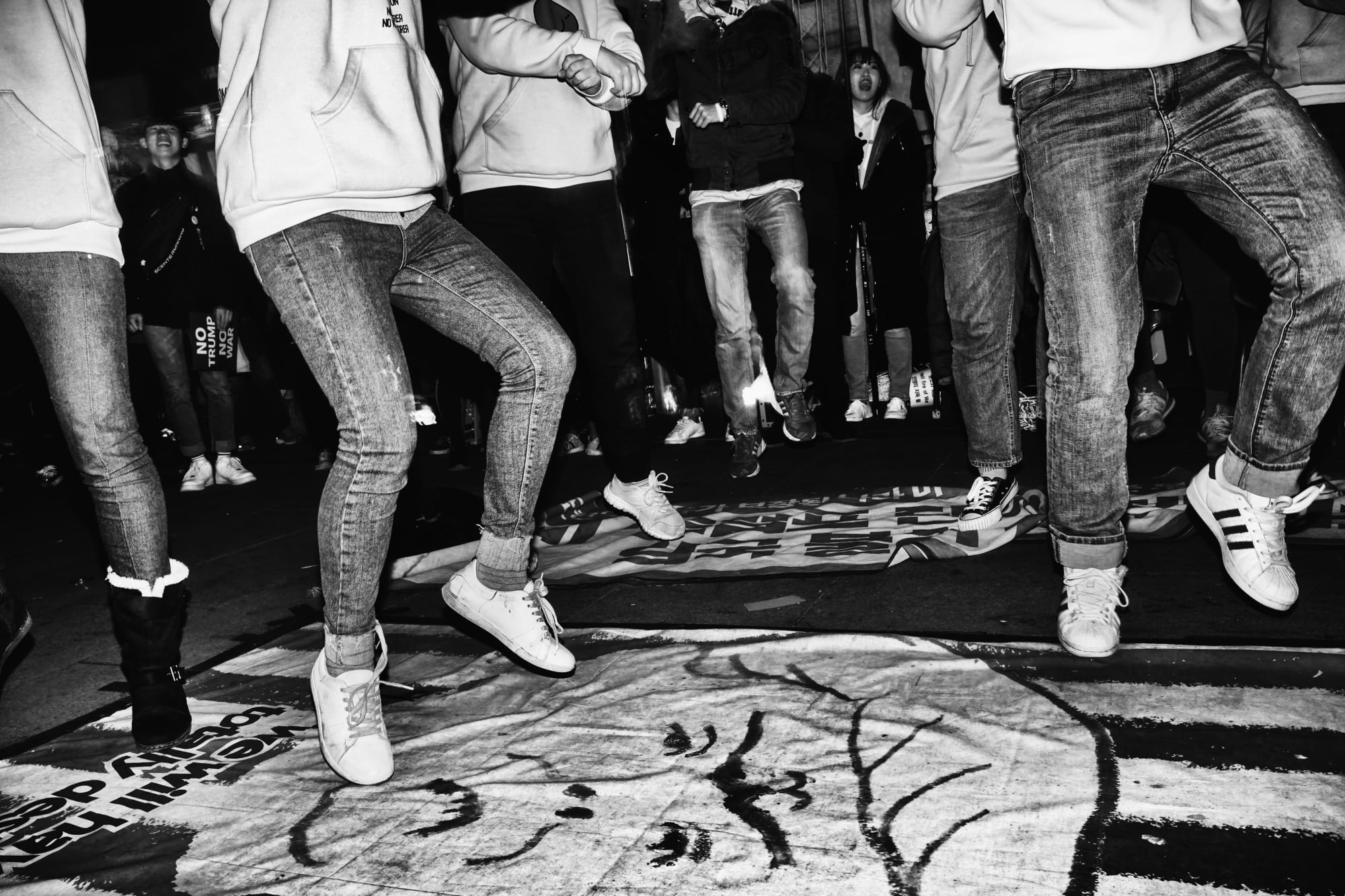 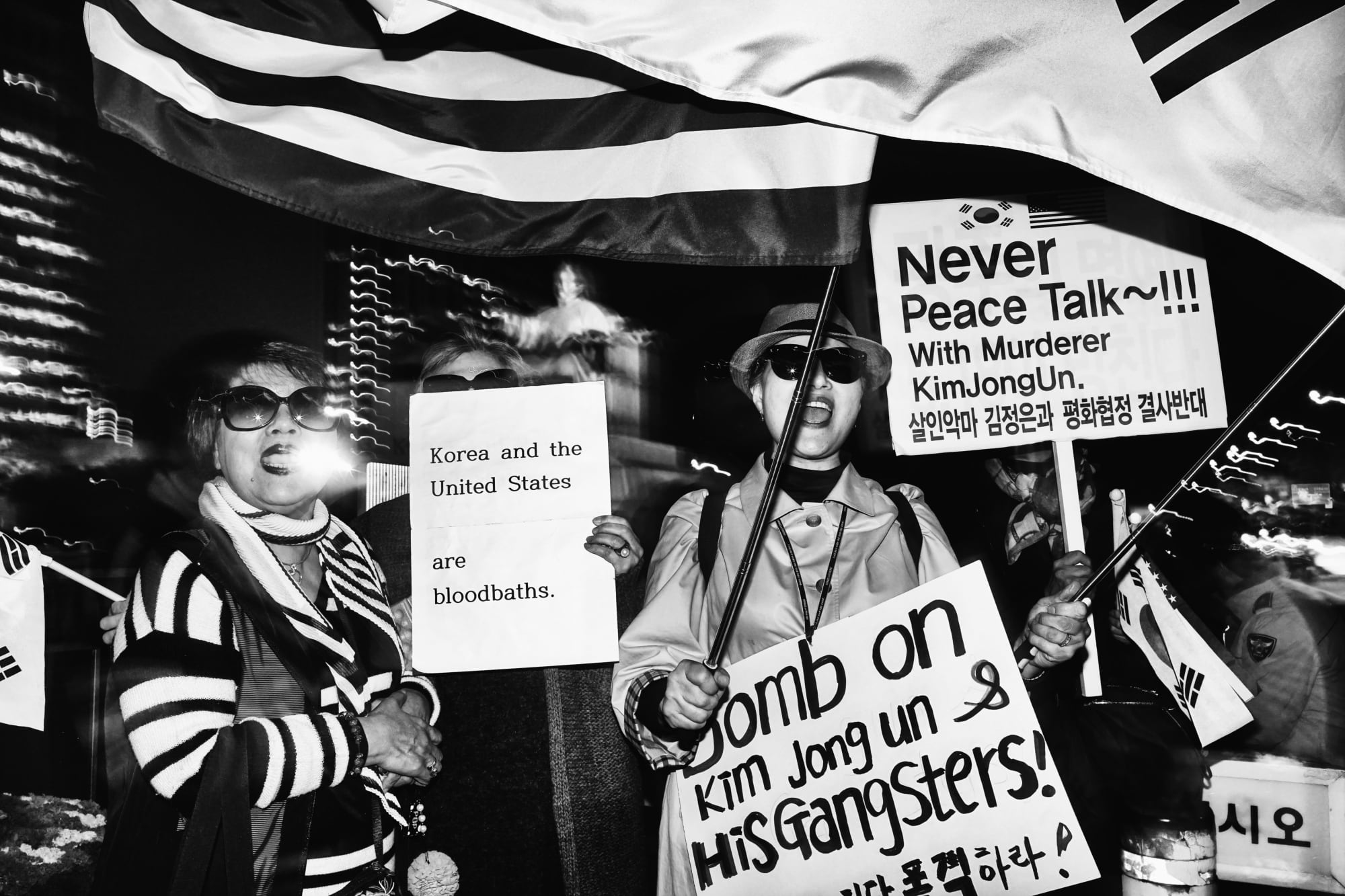 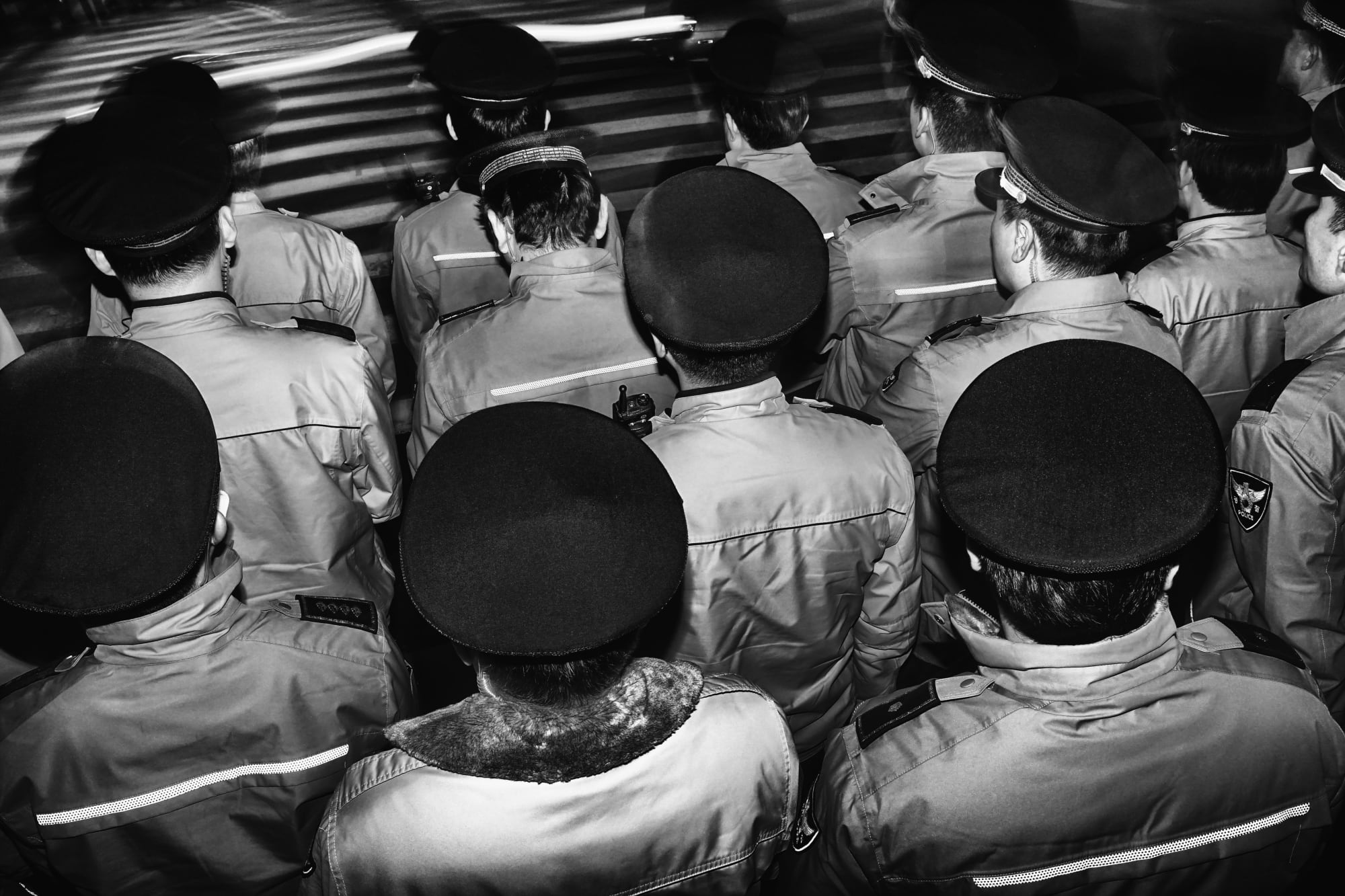 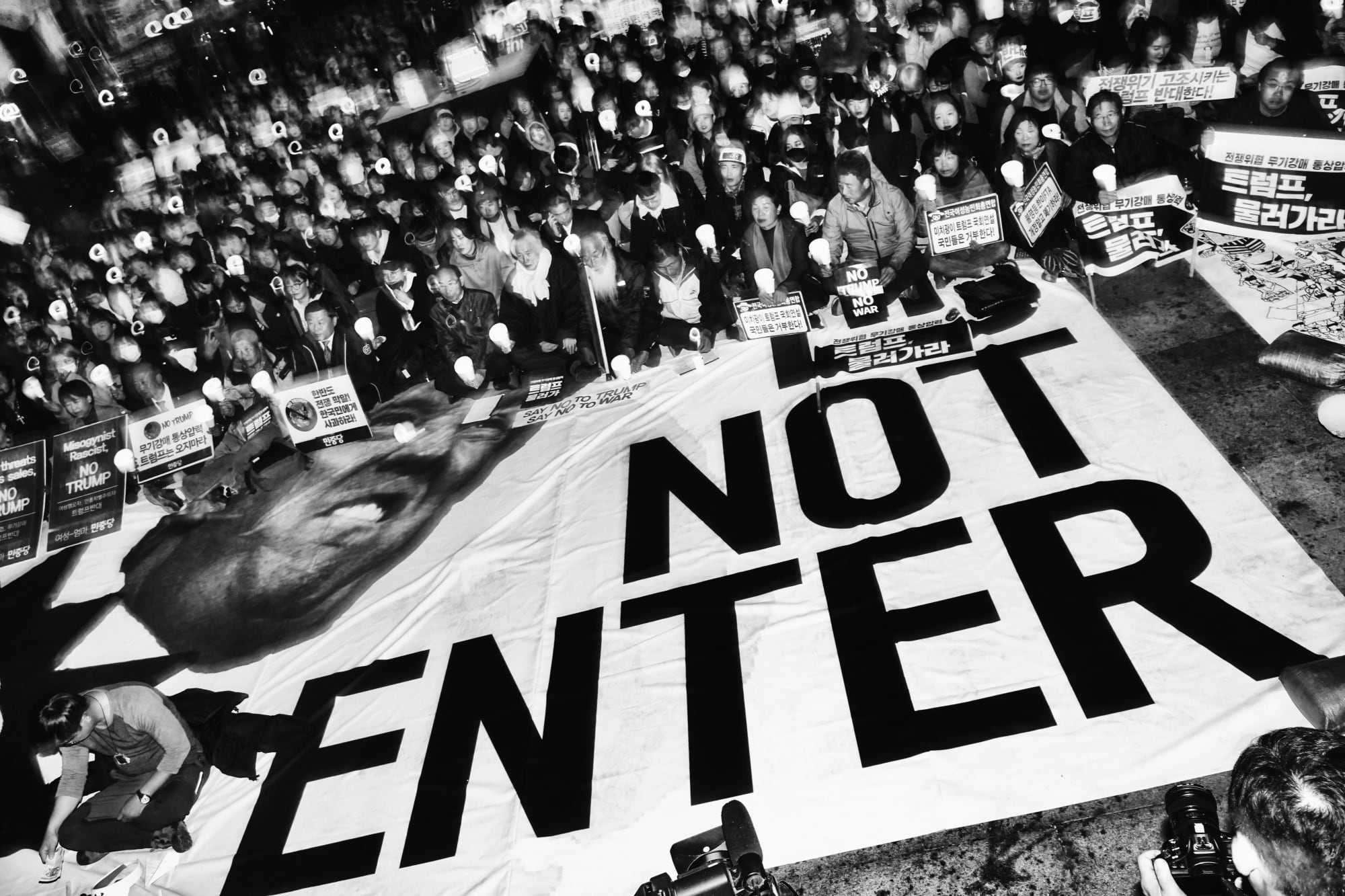 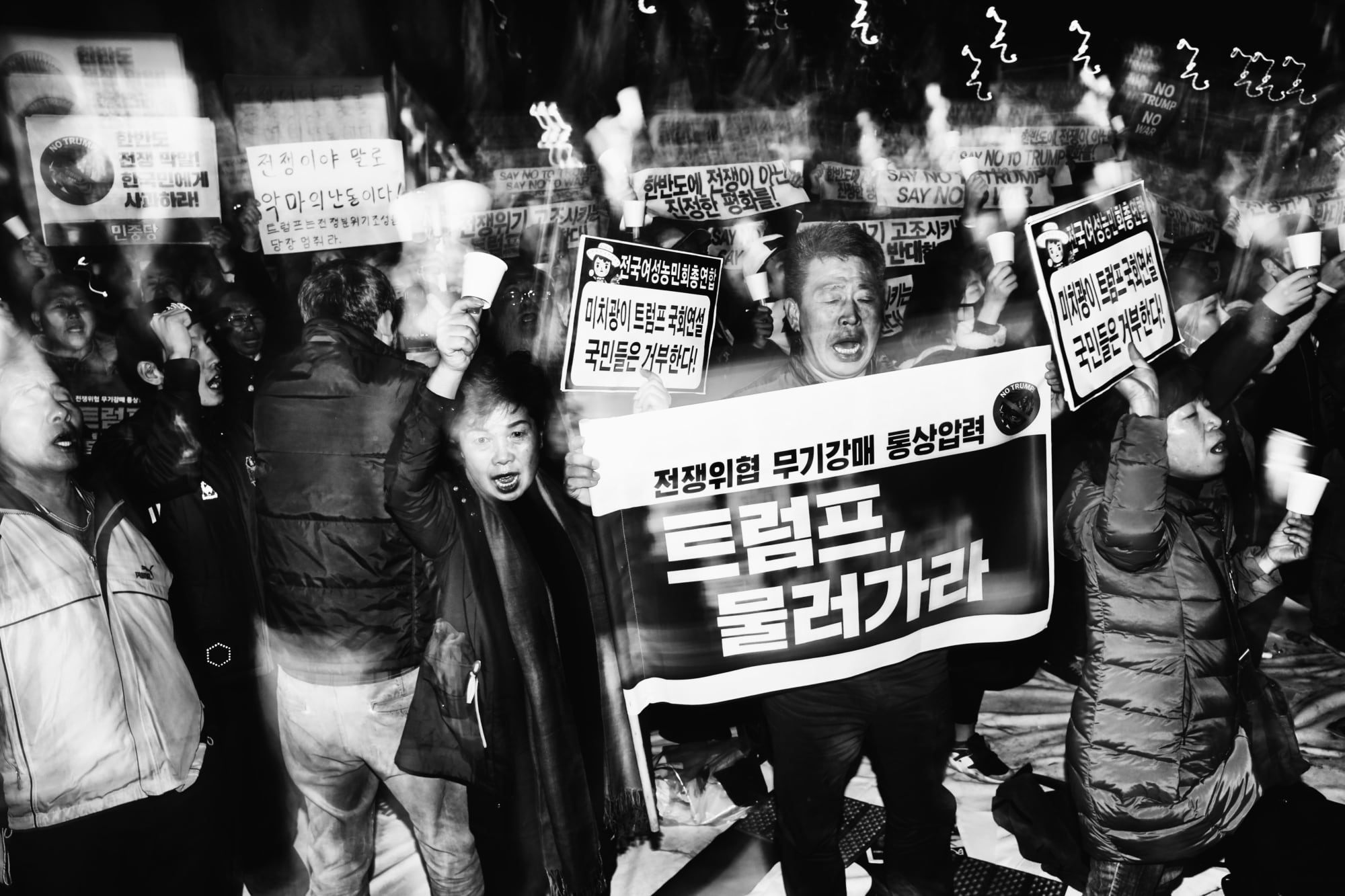 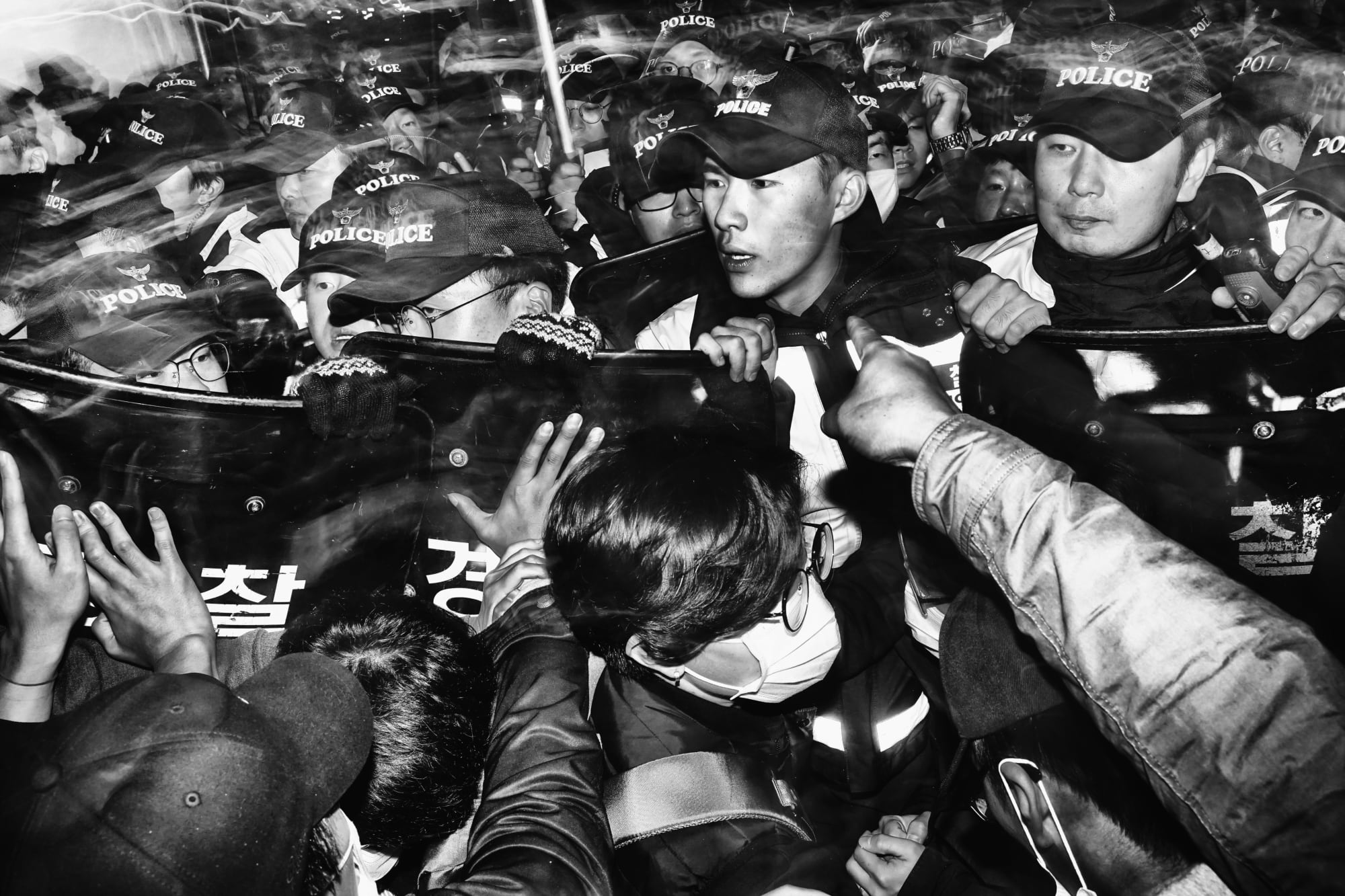 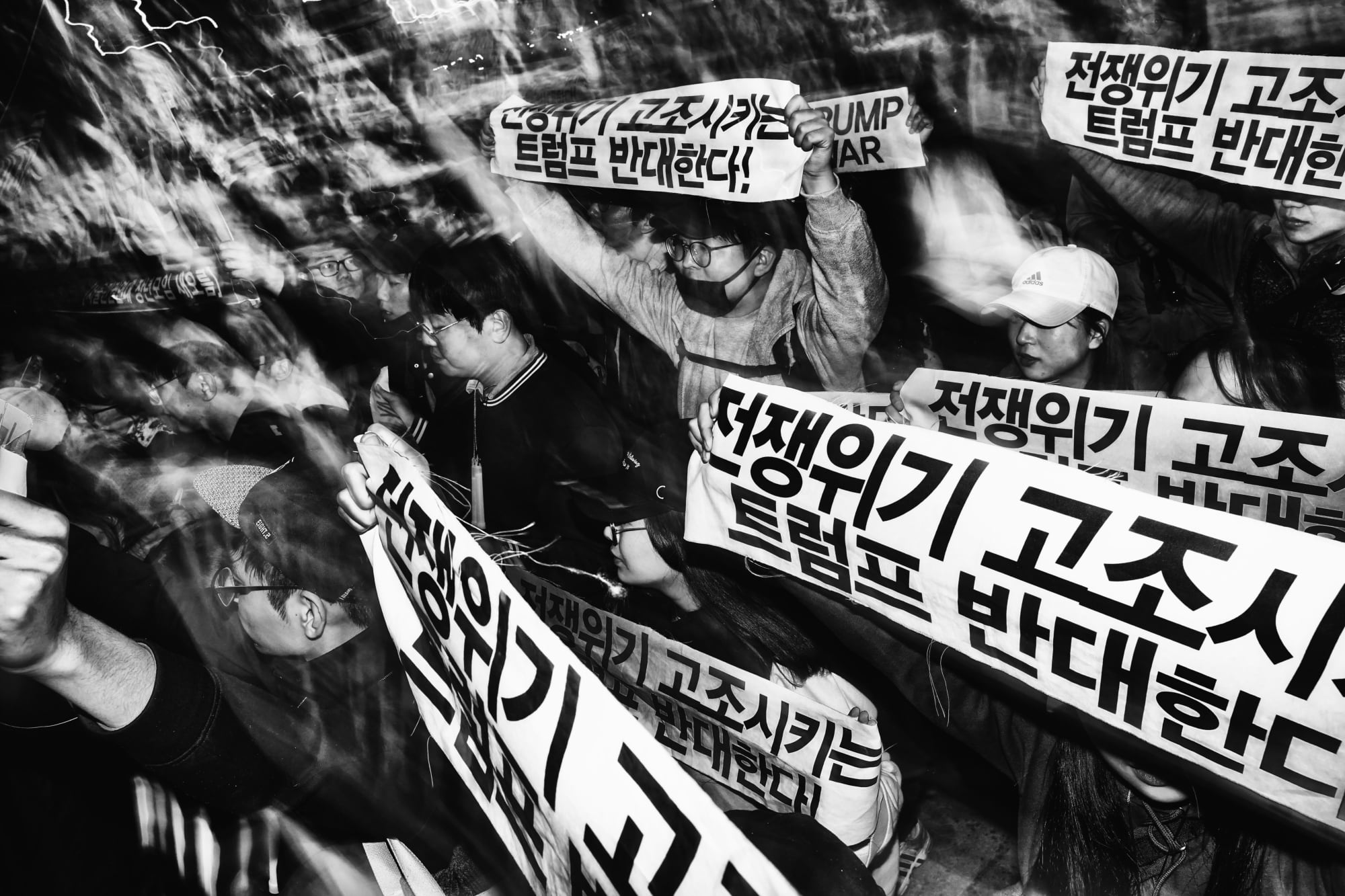 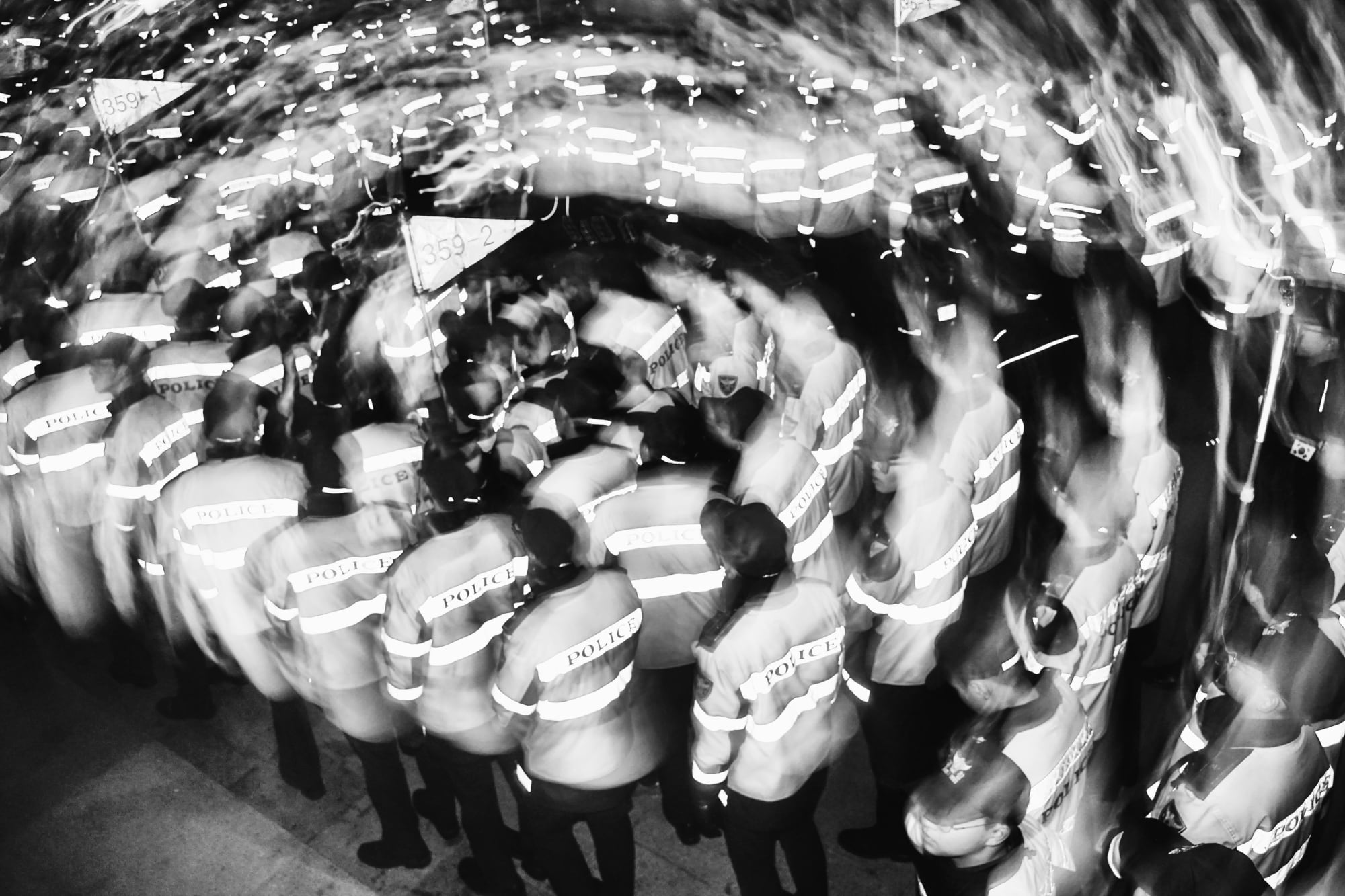 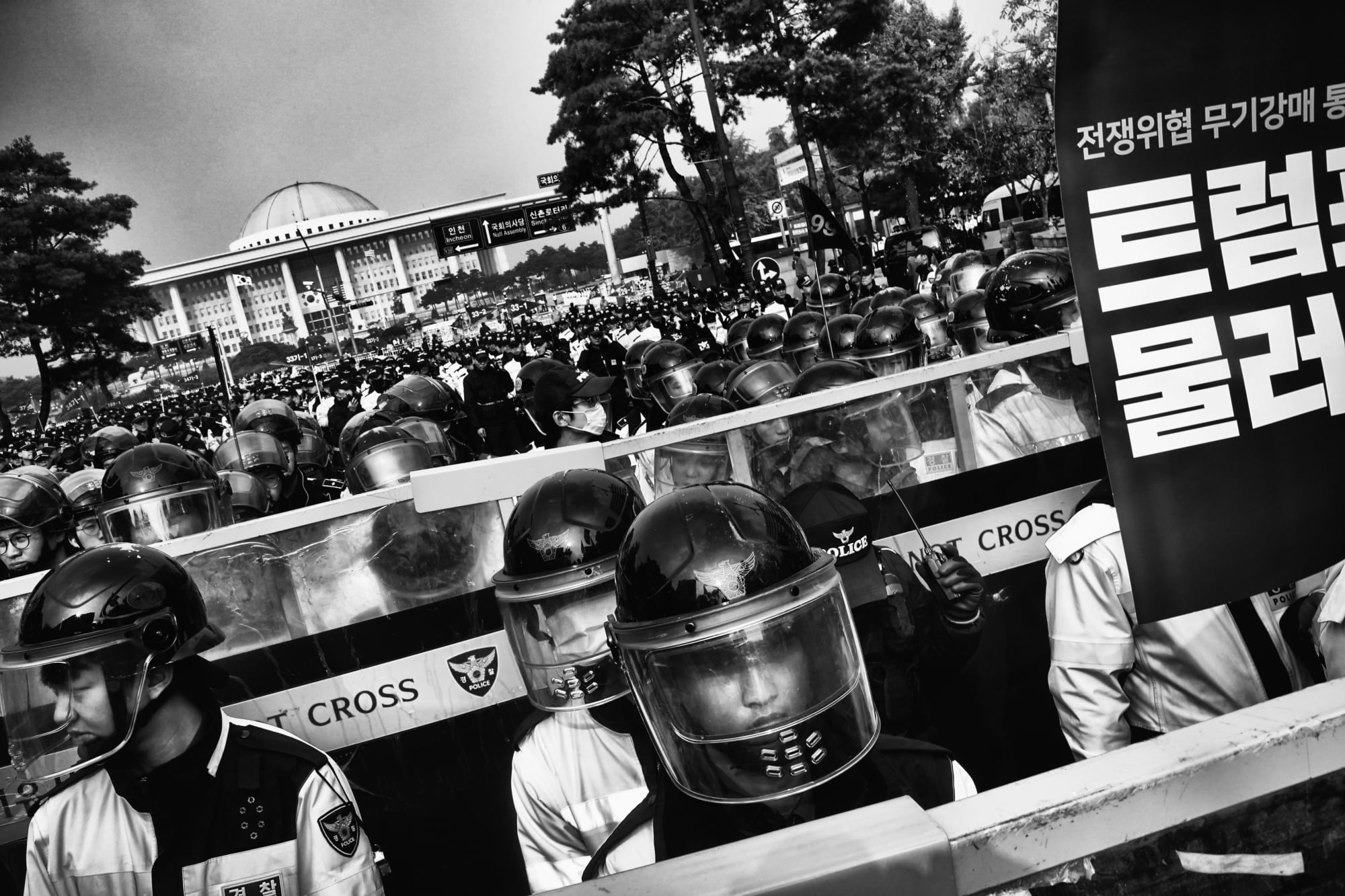 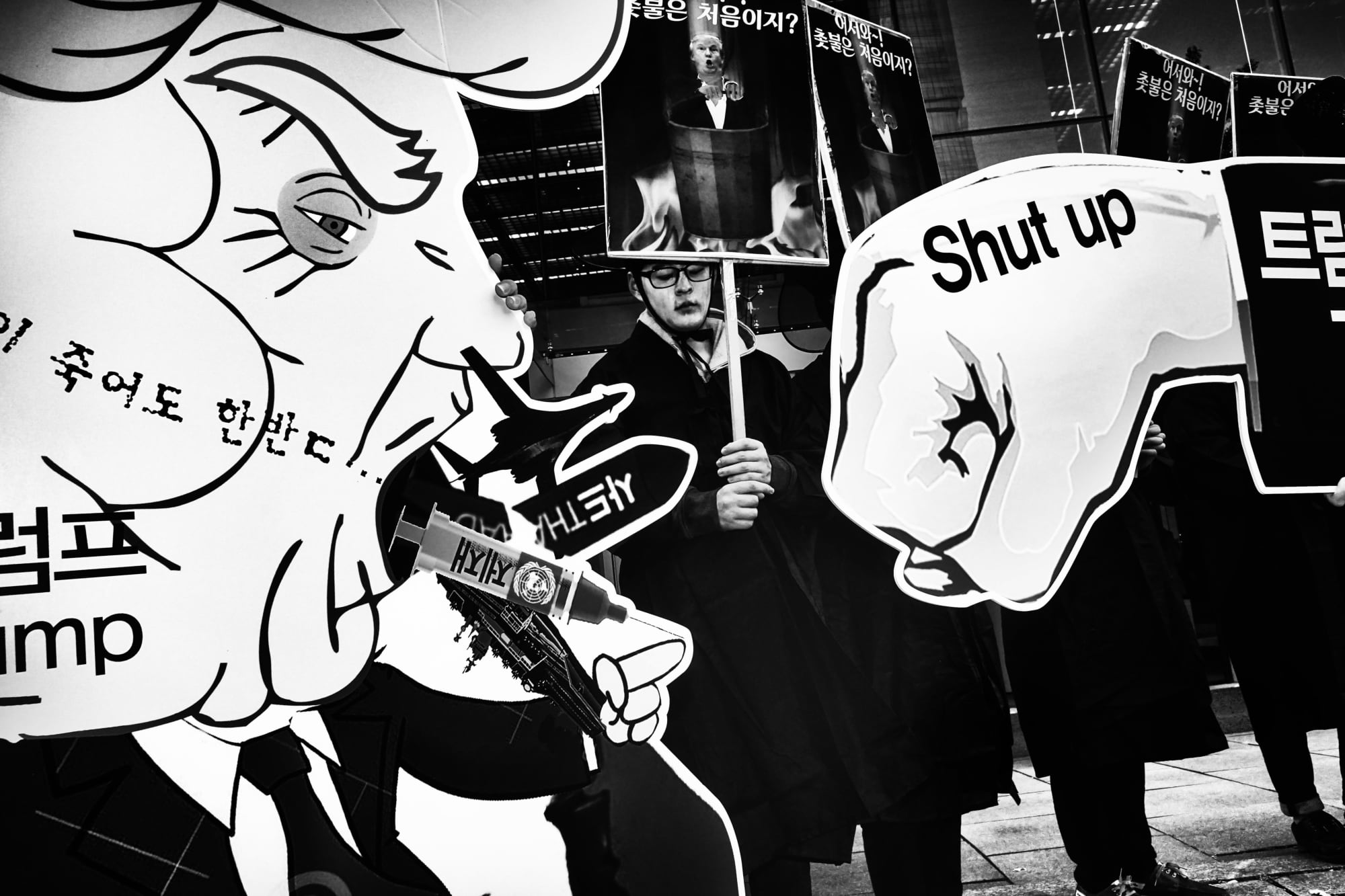 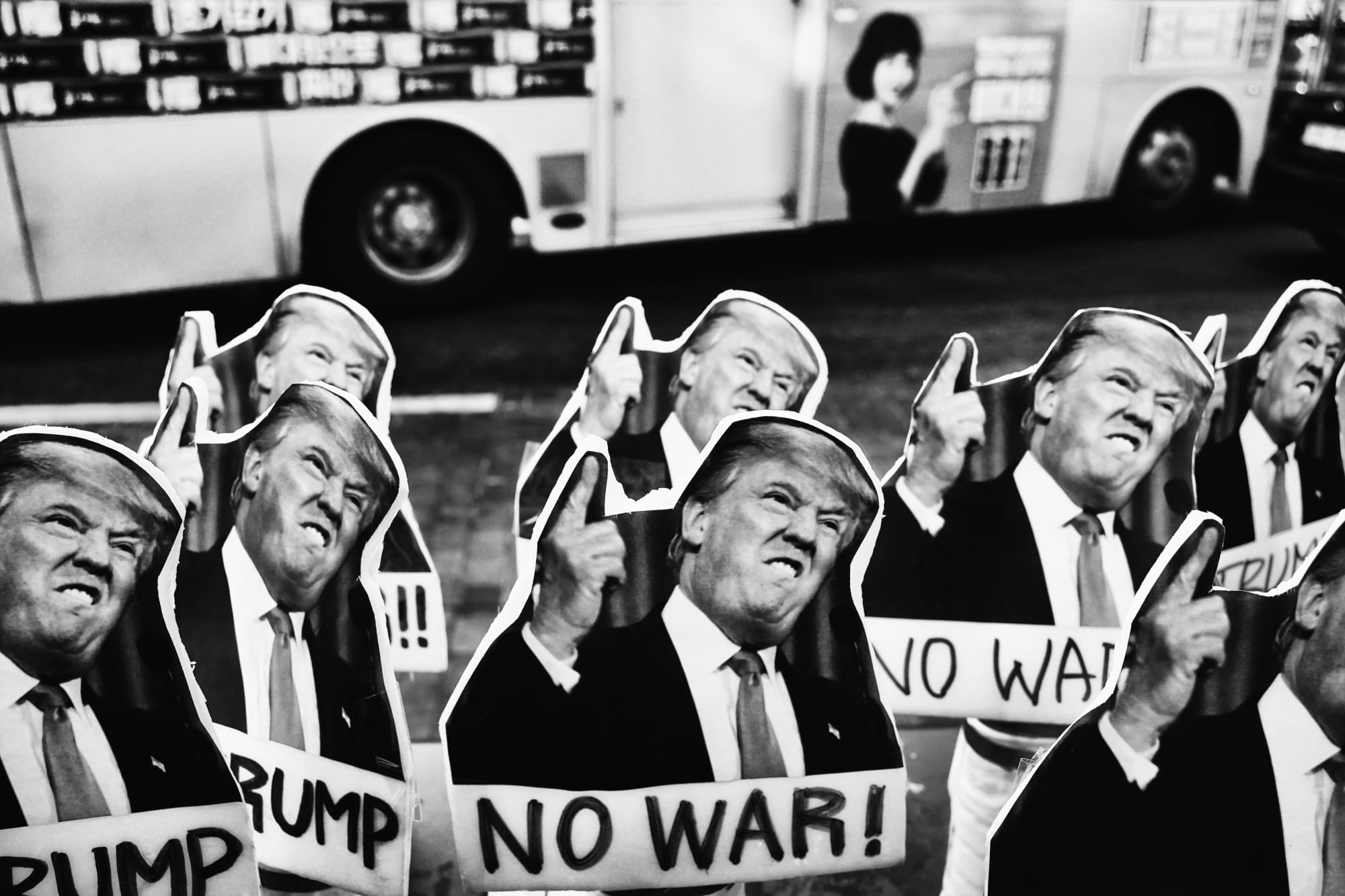 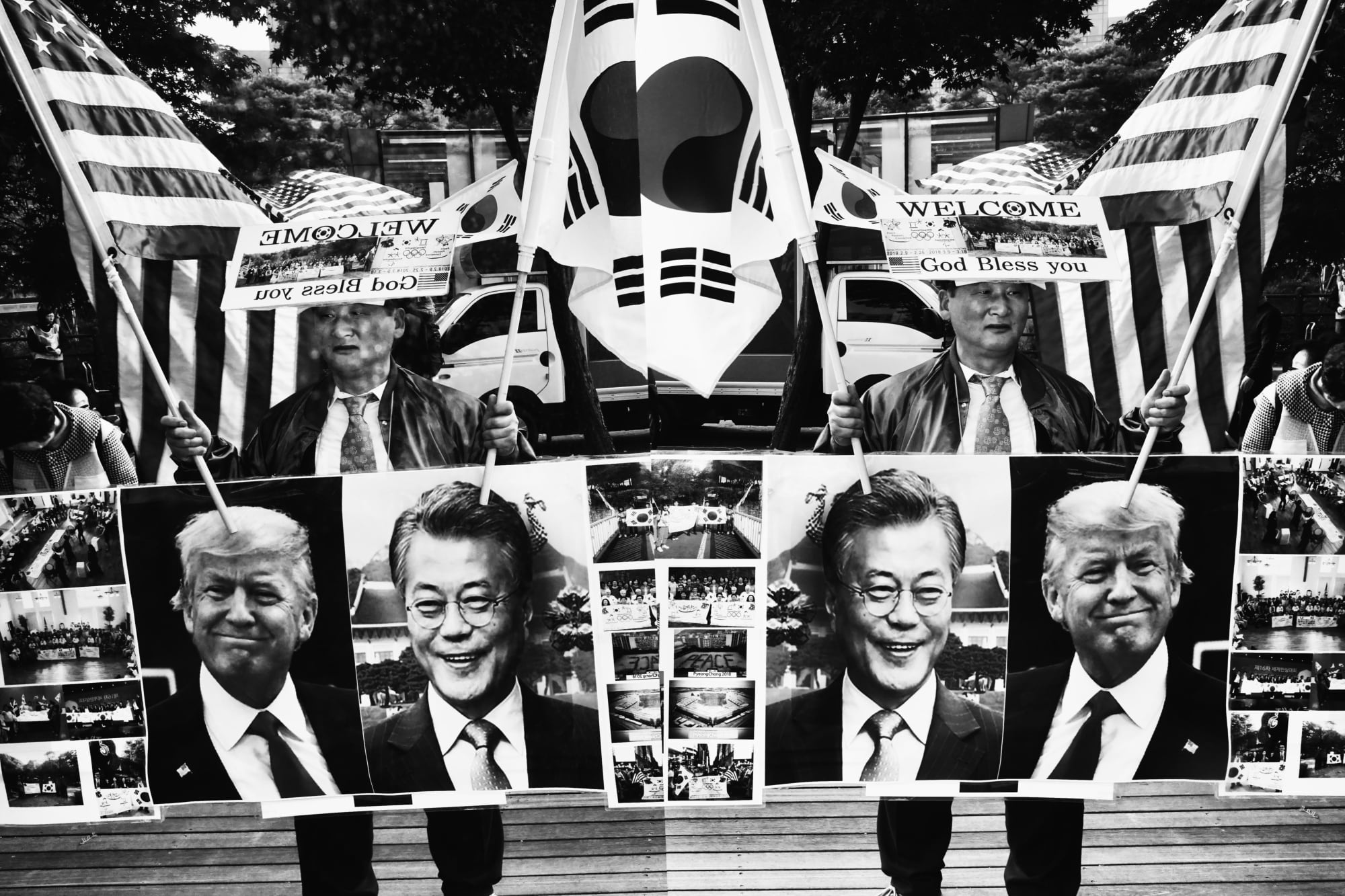 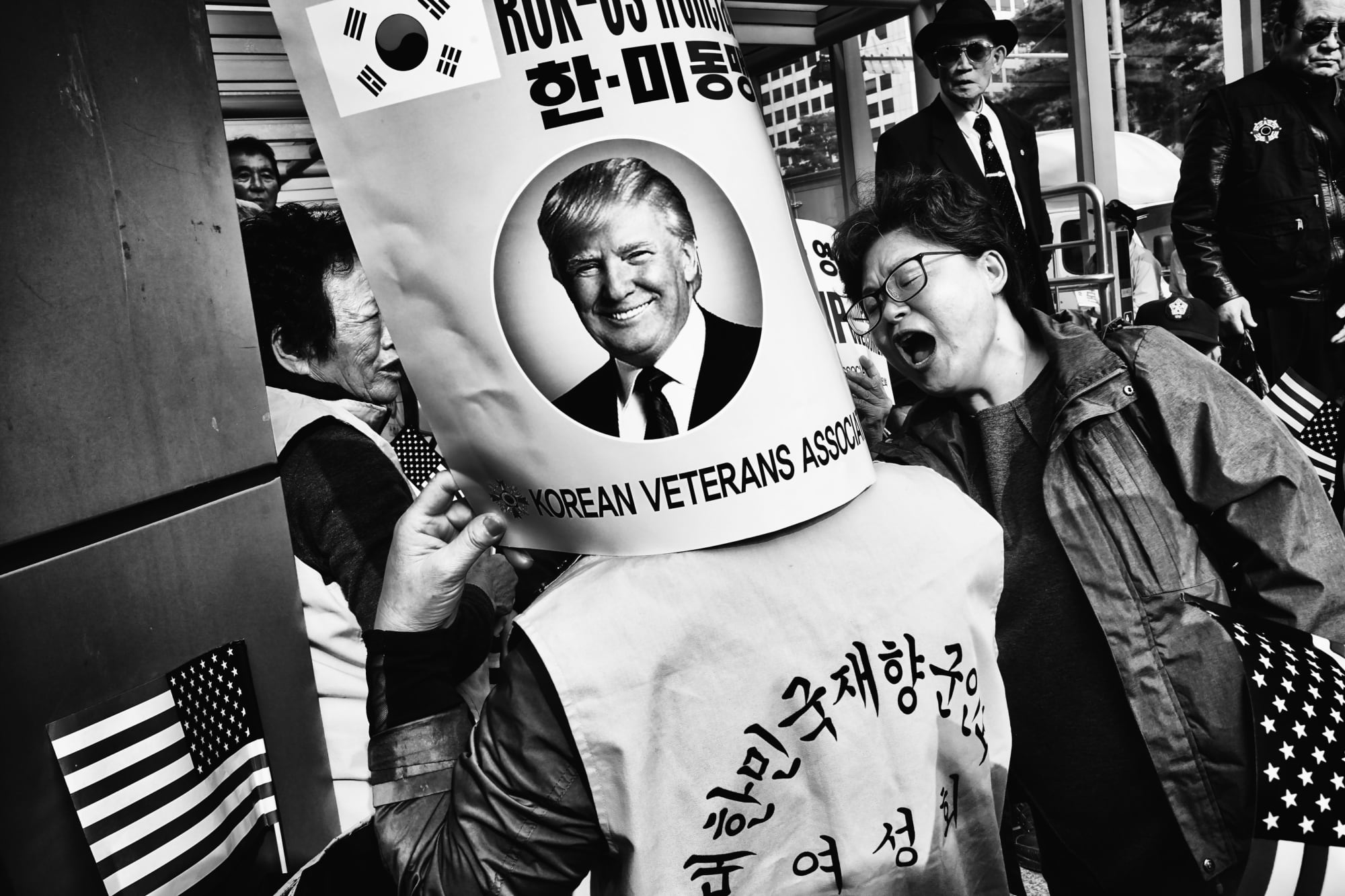 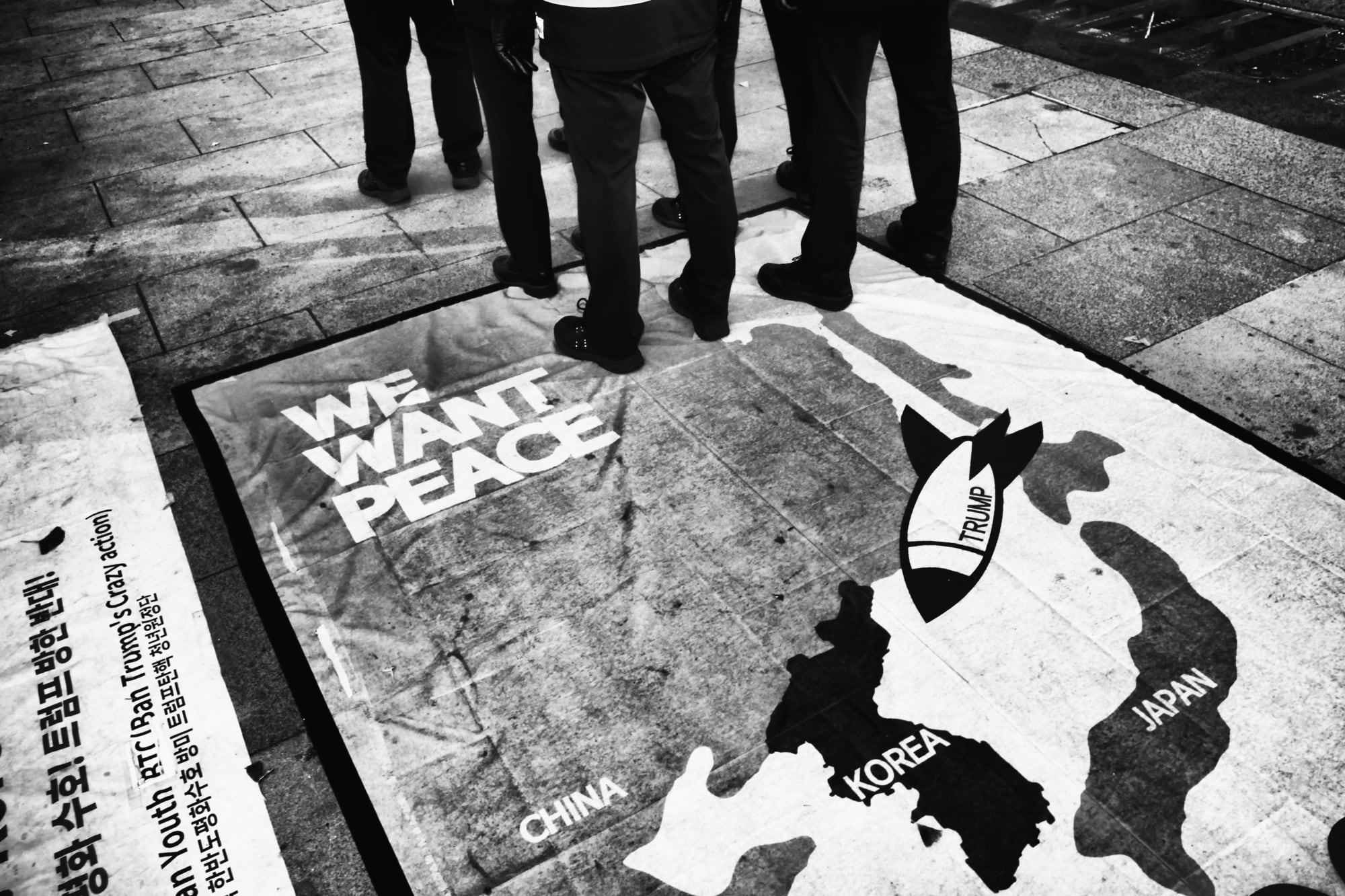 Born in 1977, Seoul, Korea. Currently lives and works between Virginia, US, and Seoul.

A global citizen that holds an identity of both American and Korean descent, Argus manoeuvres between both worlds to find his comfortable footing. Upon graduating from an MFA at James Madison University with a concentration on intermedia, he ventured straight back to photography upon moving to South Korea. With his unique perspective on Korean identity, he sees a higher calling to give others a voice through imagery, especially attending to marginalised cohorts and sub-communities. Versed in the political atmosphere of South Korea, his more recent work sheds light on topics of tension and injustice that surround the system. Shot in the later months of 2017, the series Heartfelt Welcome highlights President Donald Trump’s arrival to South Korea for a two-day summit to reaffirm the Korea-US alliance. Argus’ high contrast long-exposure black-and-white photographs encapsulate the brewing quarrel of the event between government bodies and the left-wing protesters. His vantage supports the labour unions and student groups, as he captures where the National Police Agency retaliates and maximises their presence at protest zones.

Argus Paul Estabrook is an award-winning photographer with accolades such as the Magnum Photography Awards, Sony World Photography Awards, LensCulture, IPA, MIFA, TIFA, as well as being exhibited at the Aperture Summer Open: On Freedom. He has also been twice selected as a Critical Mass Top 50 artist by Photolucida and a three-time recipient of PDN’s Annual Exposure Award. Additionally, he is an alumnus of the prestigious Eddie Adams Workshop and named the 2017 Dorothy Liskey Wampler Eminent Professor in the School of Art, Design and Art History at James Madison University. Argus Paul Estabrook’s work has been featured in many worldwide publications, including our first publication TOFU.