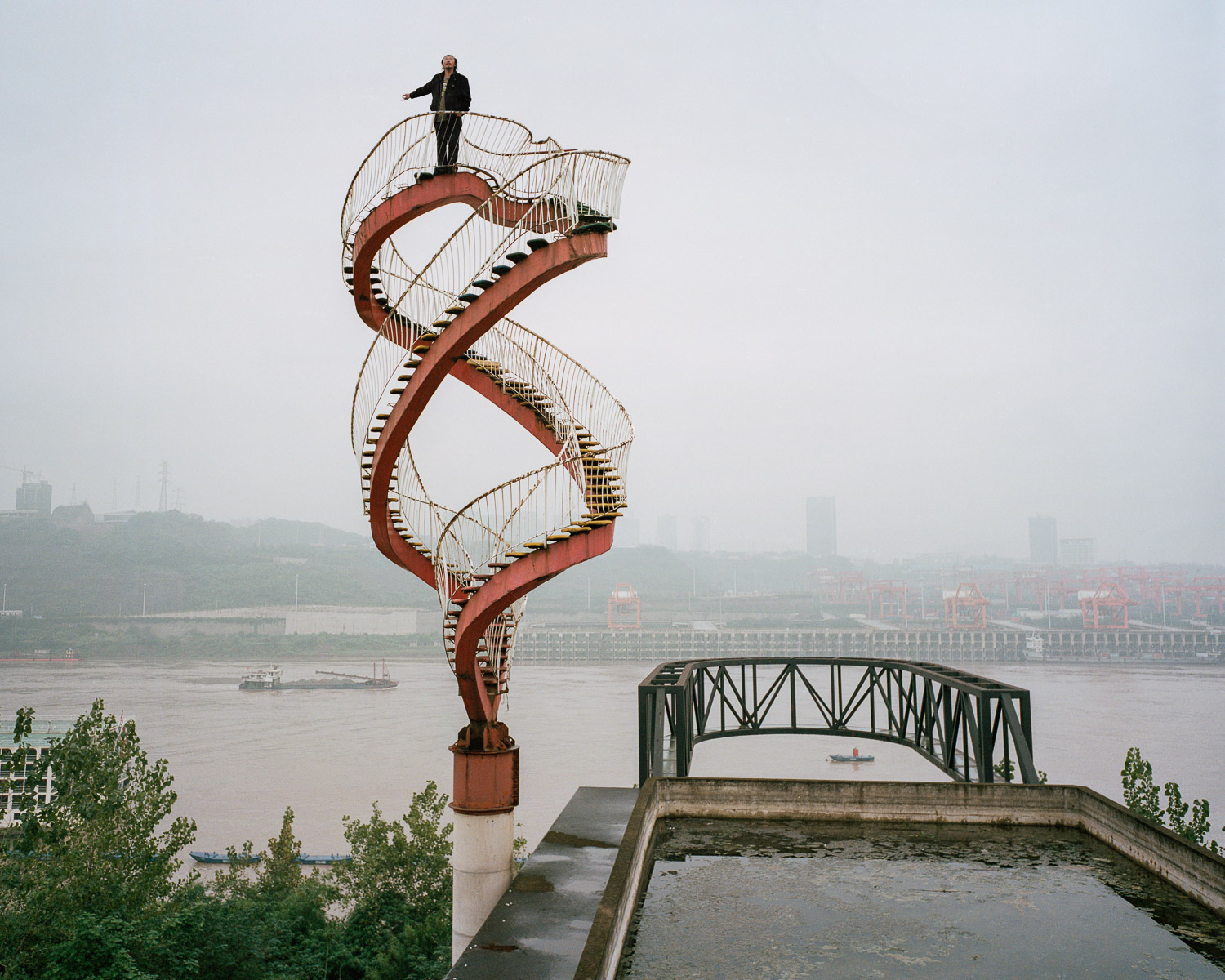 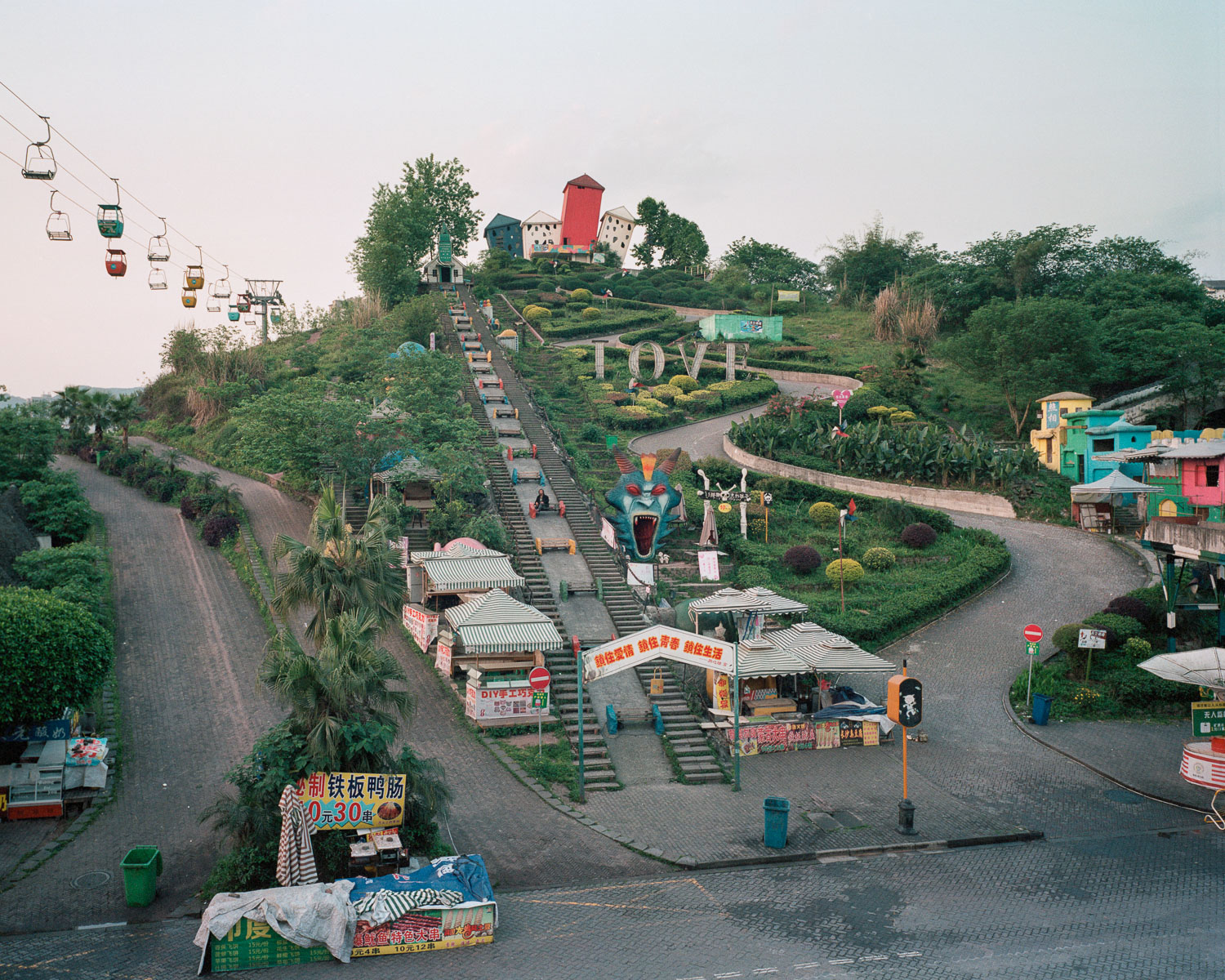 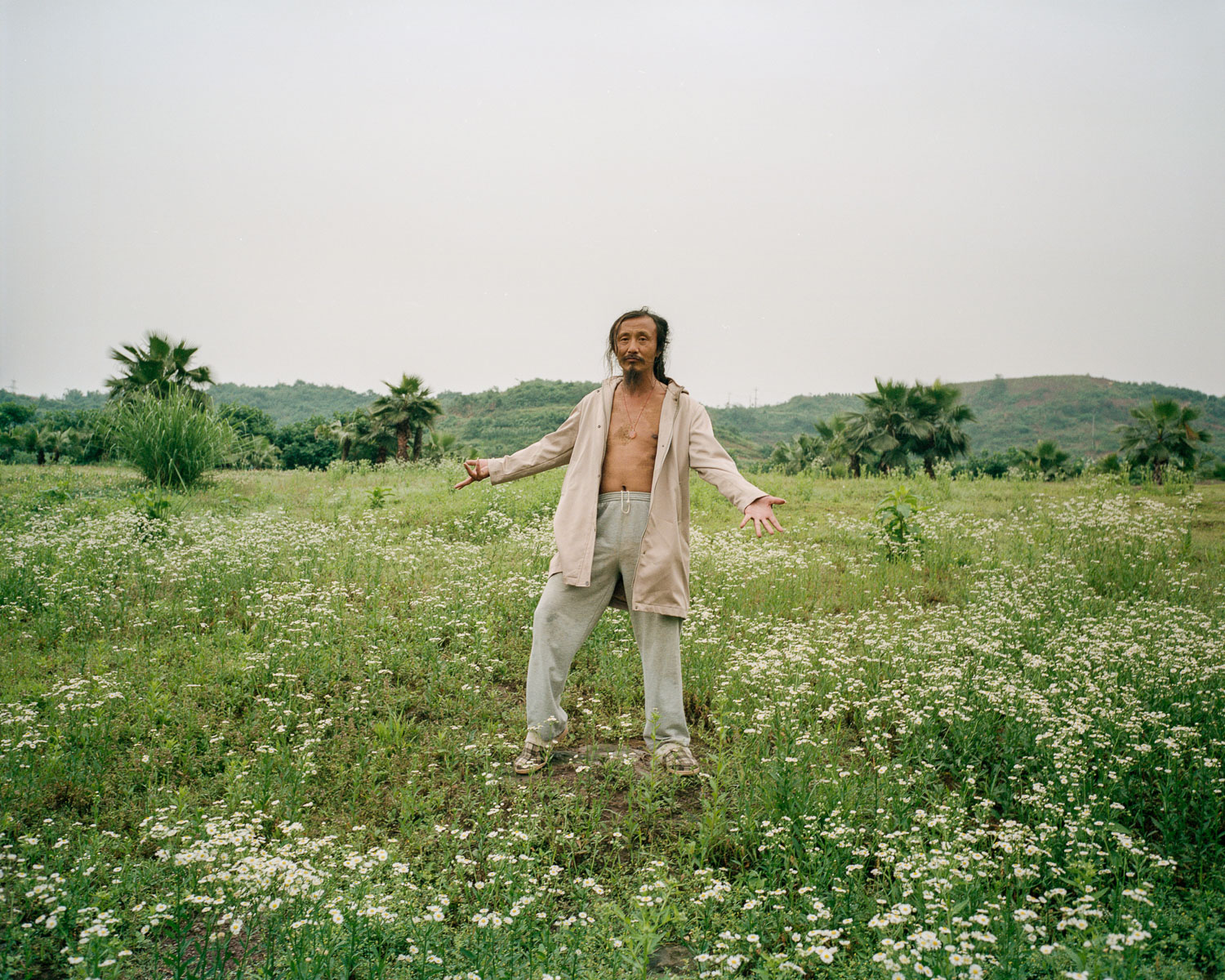 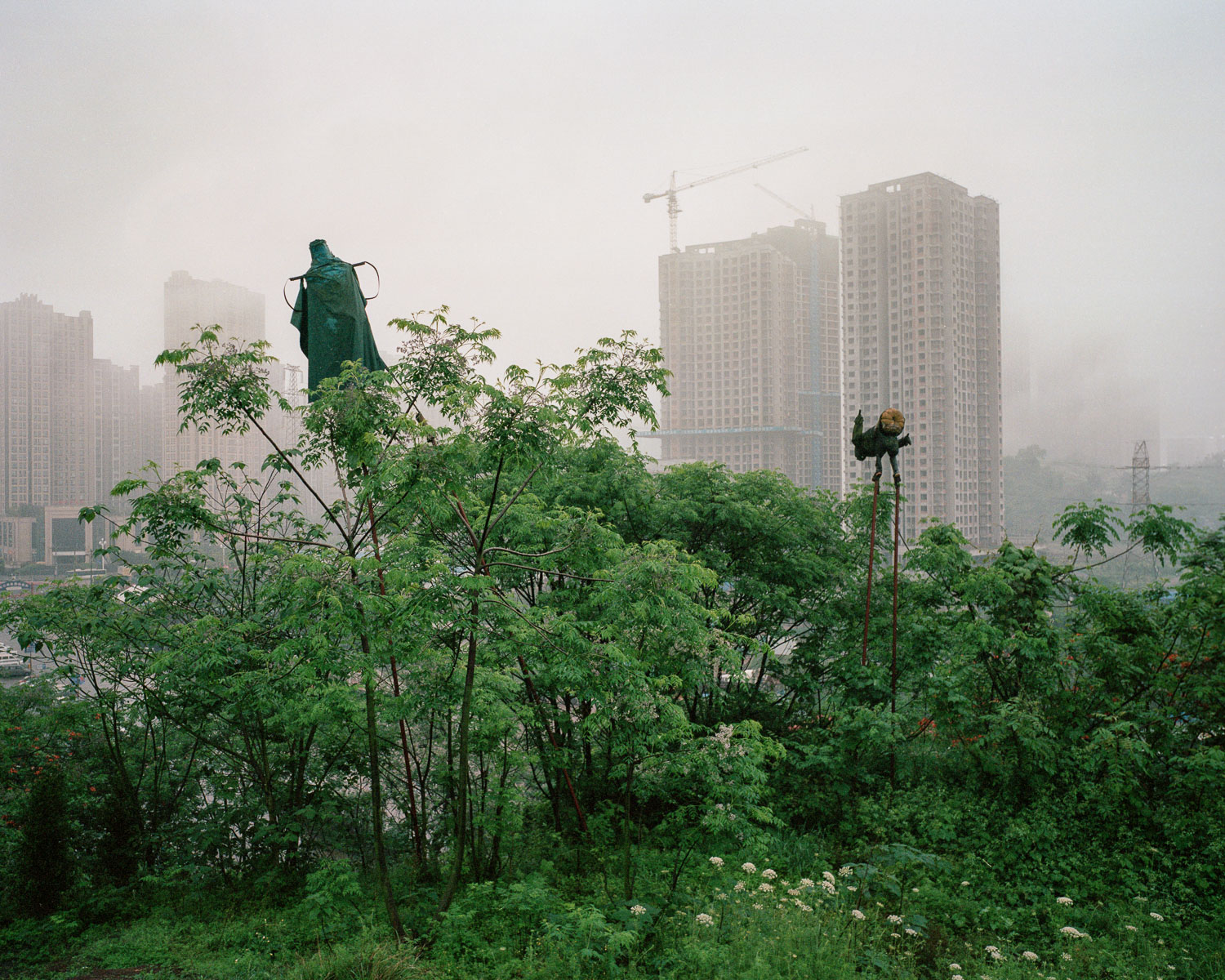 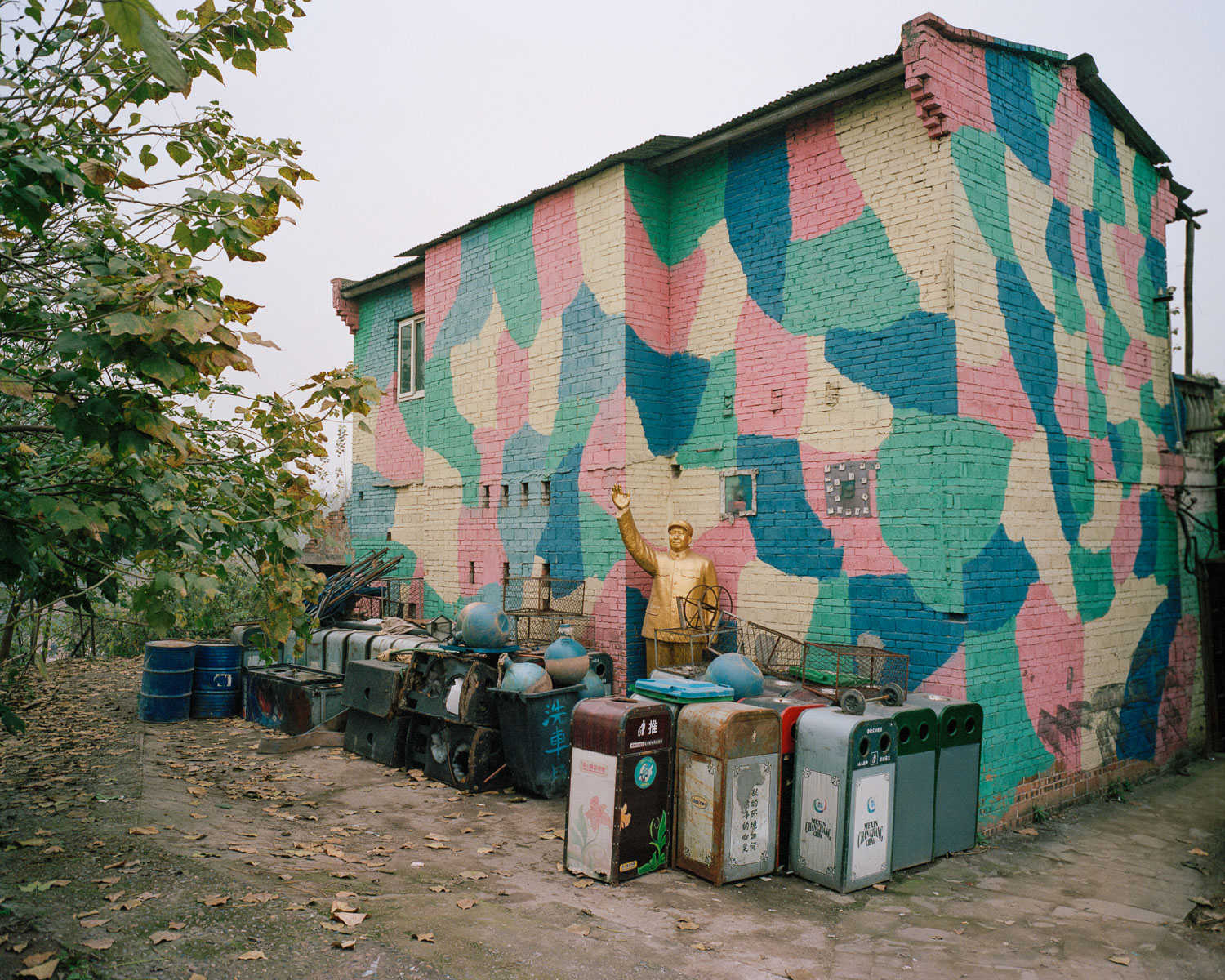 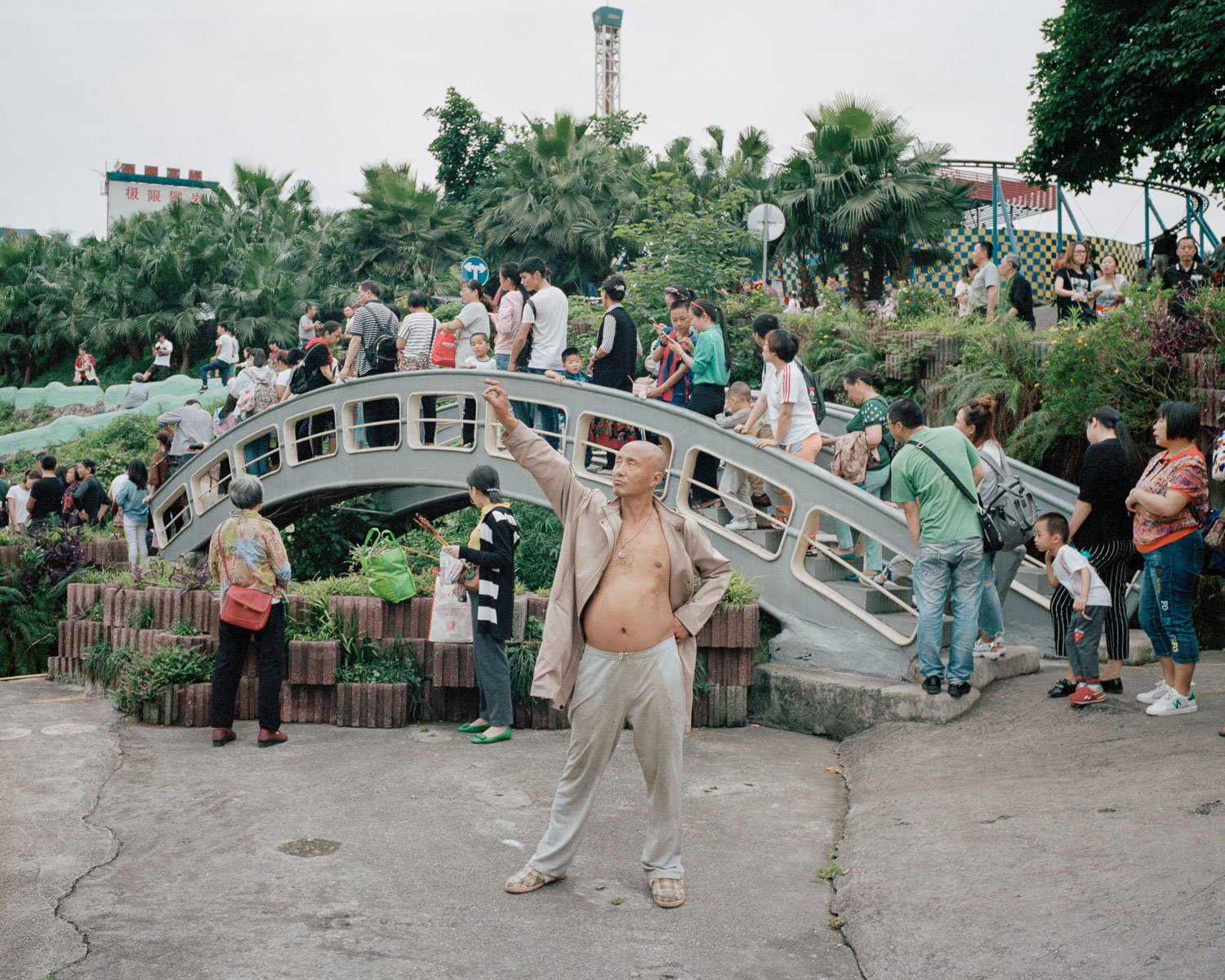 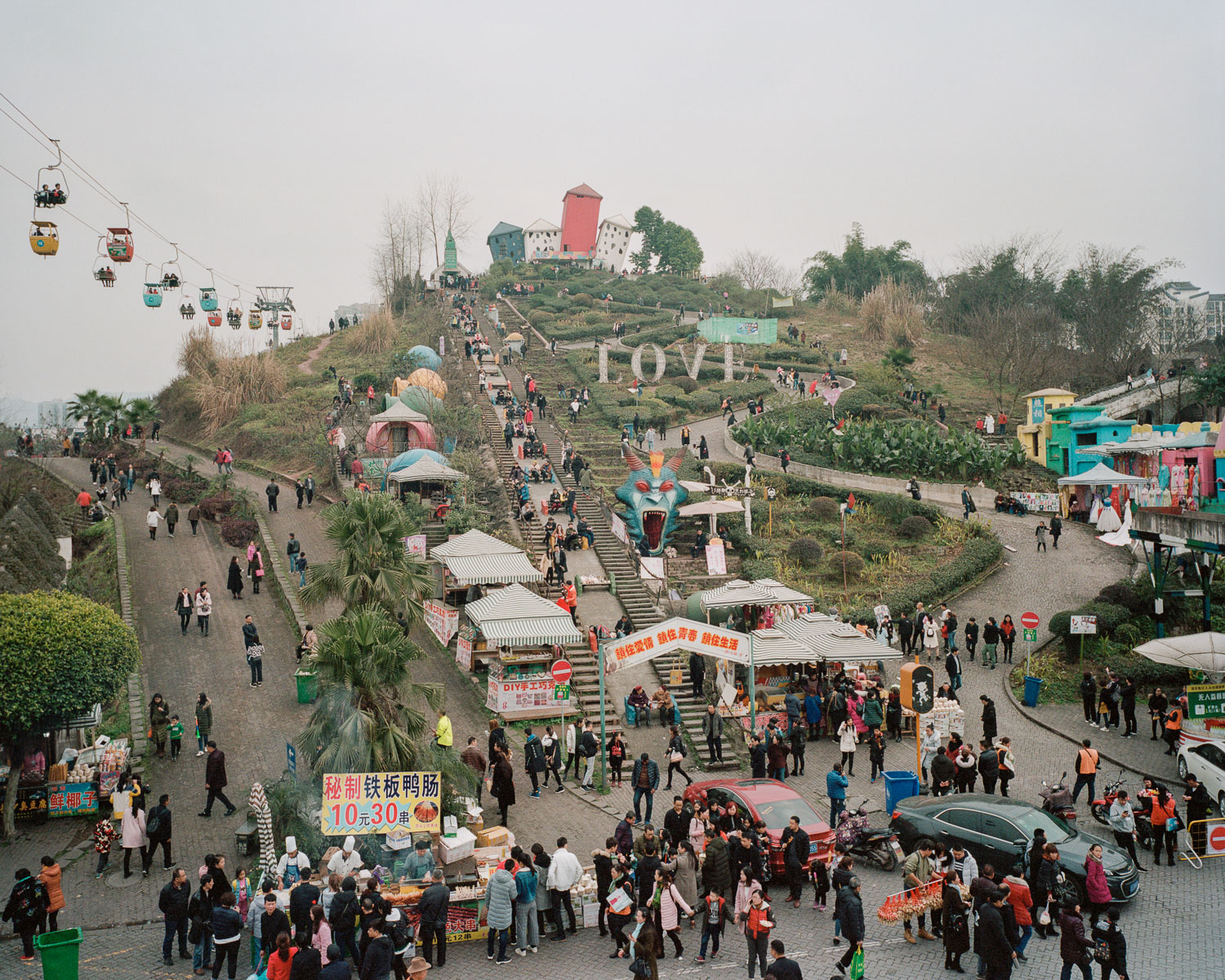 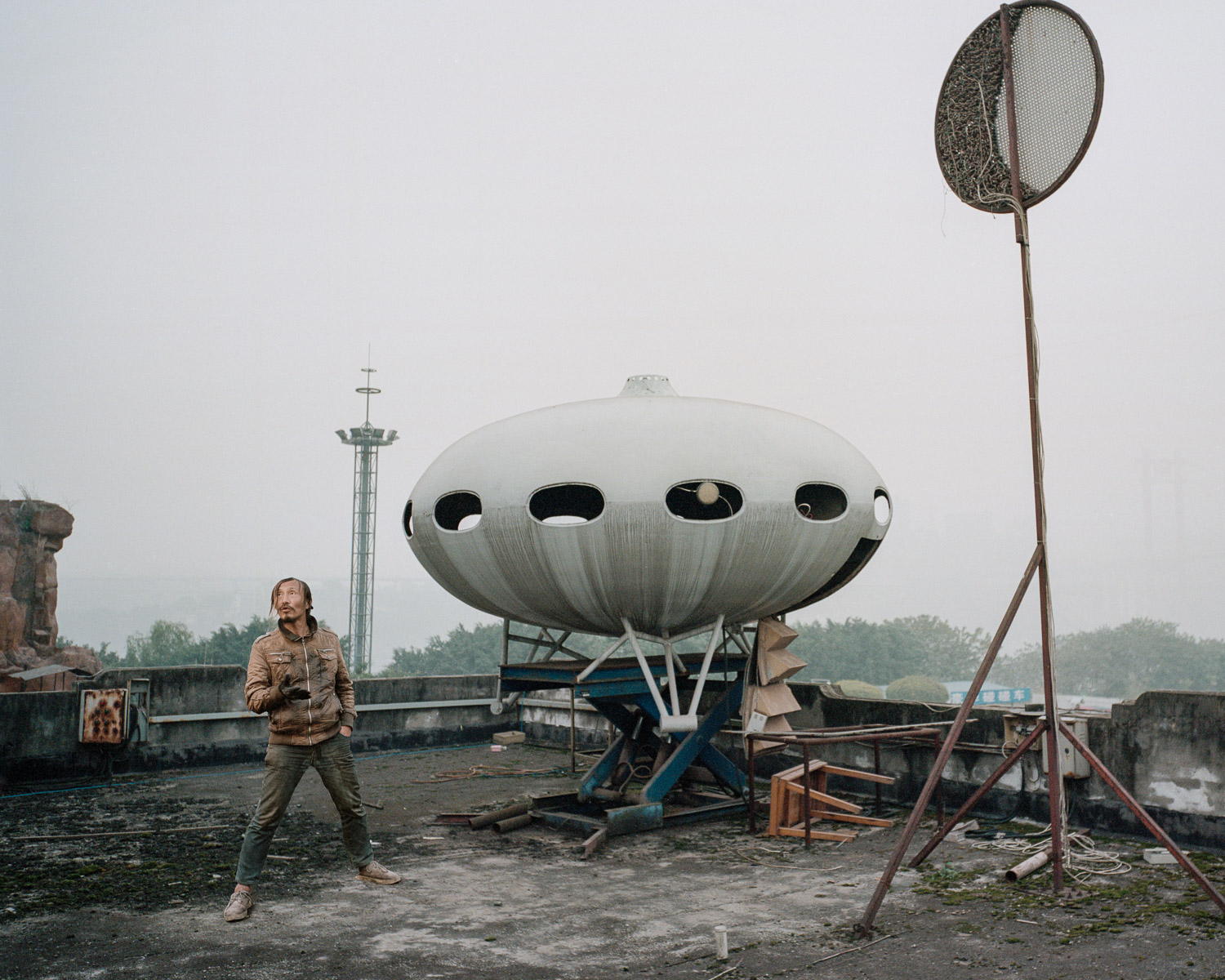 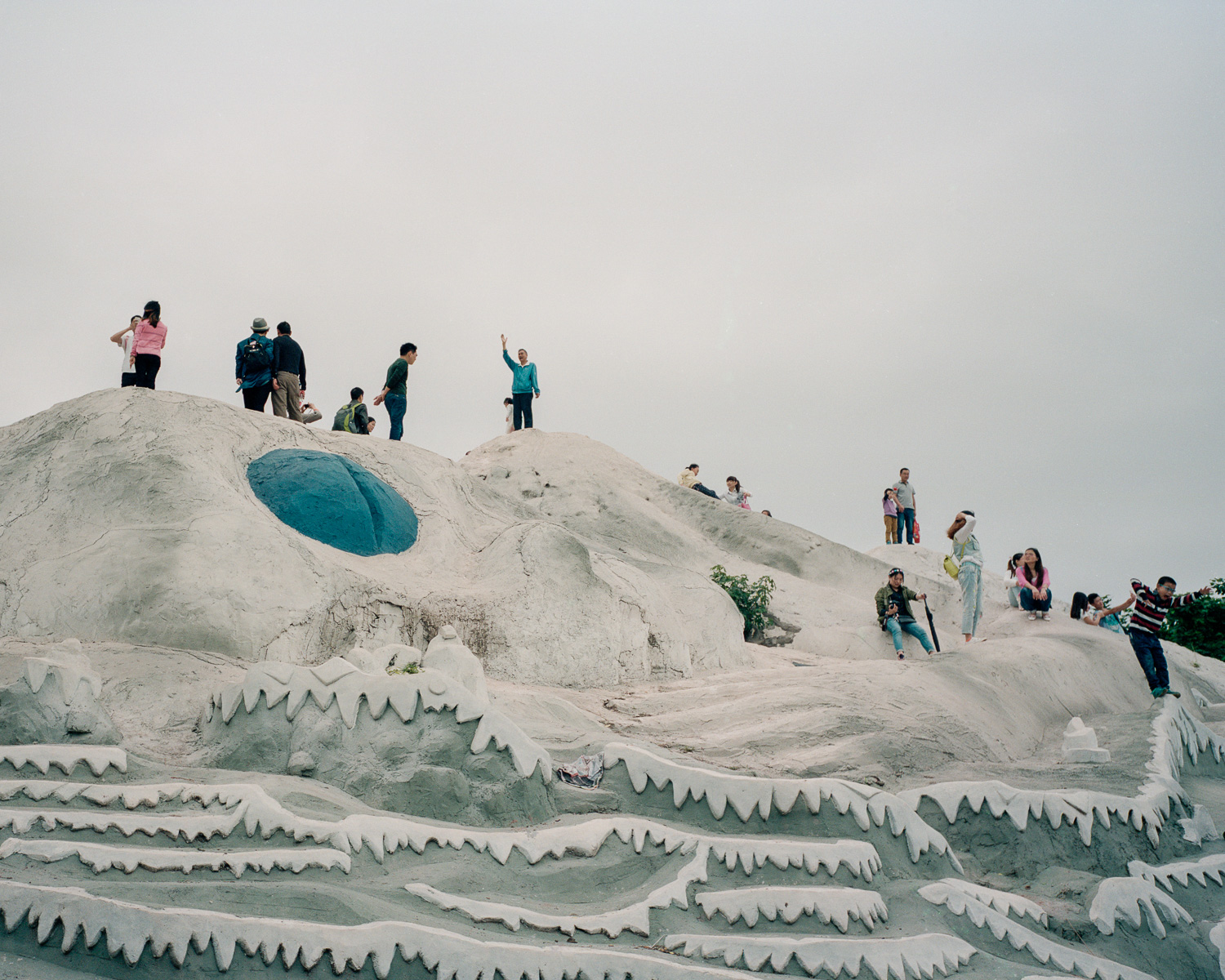 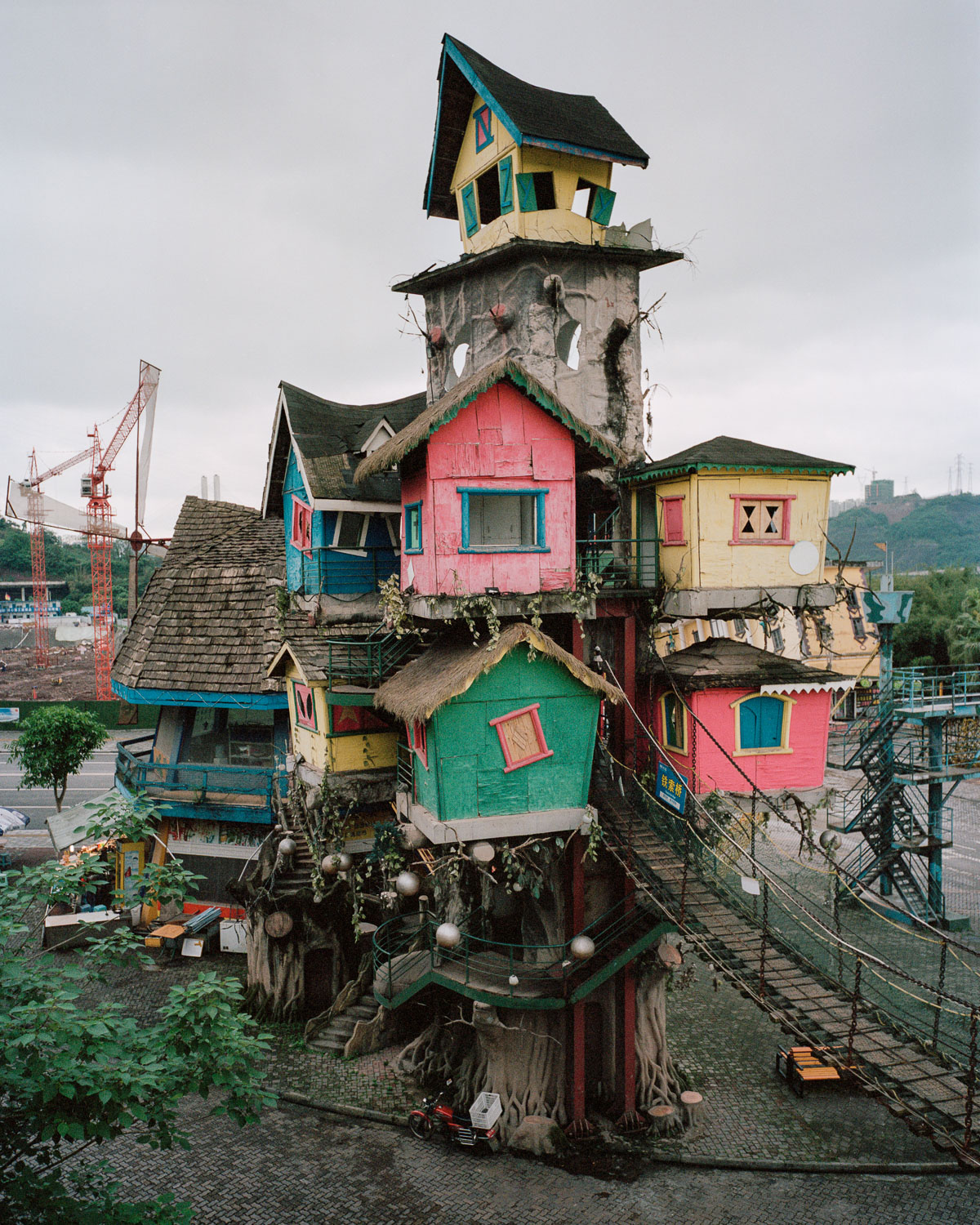 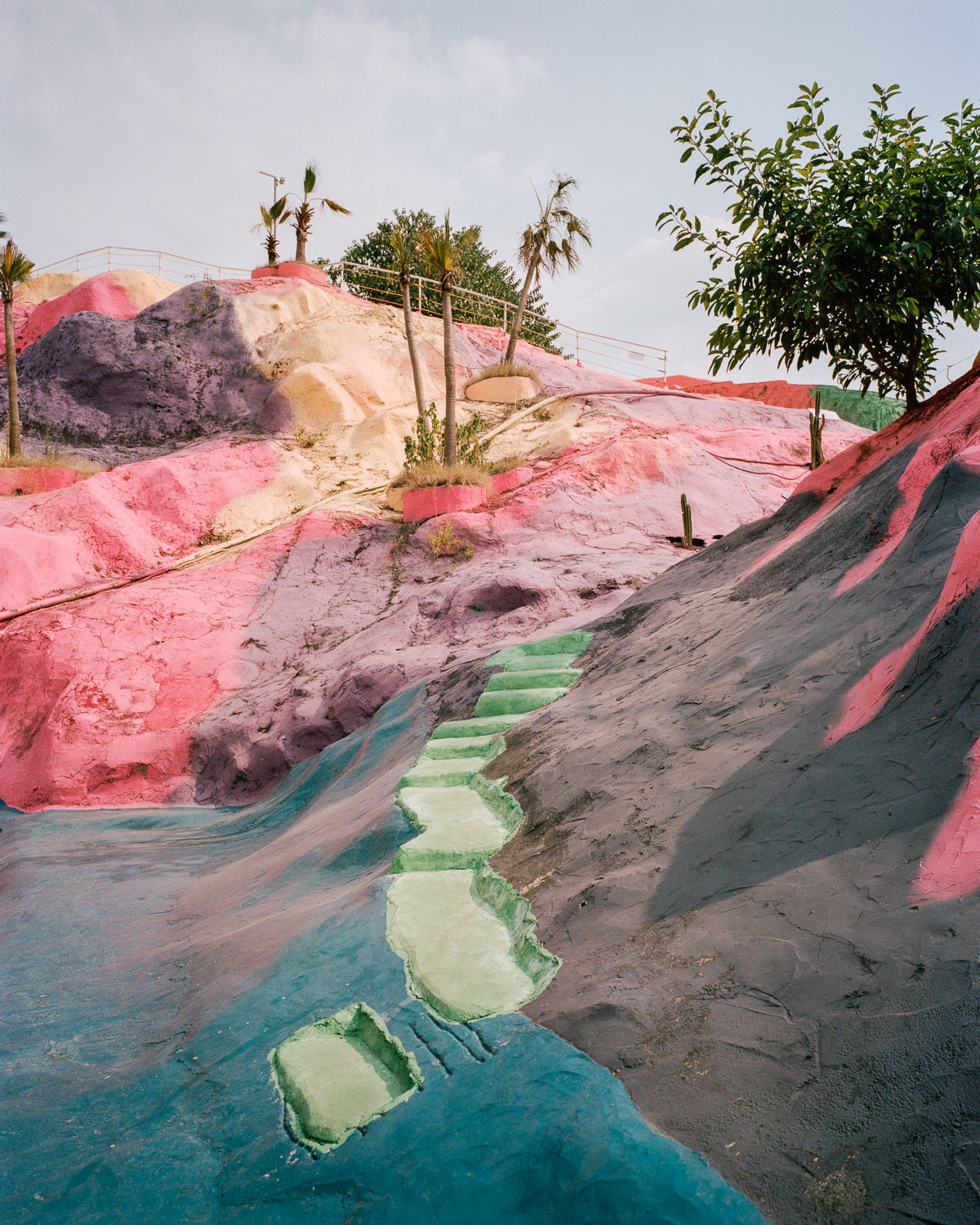 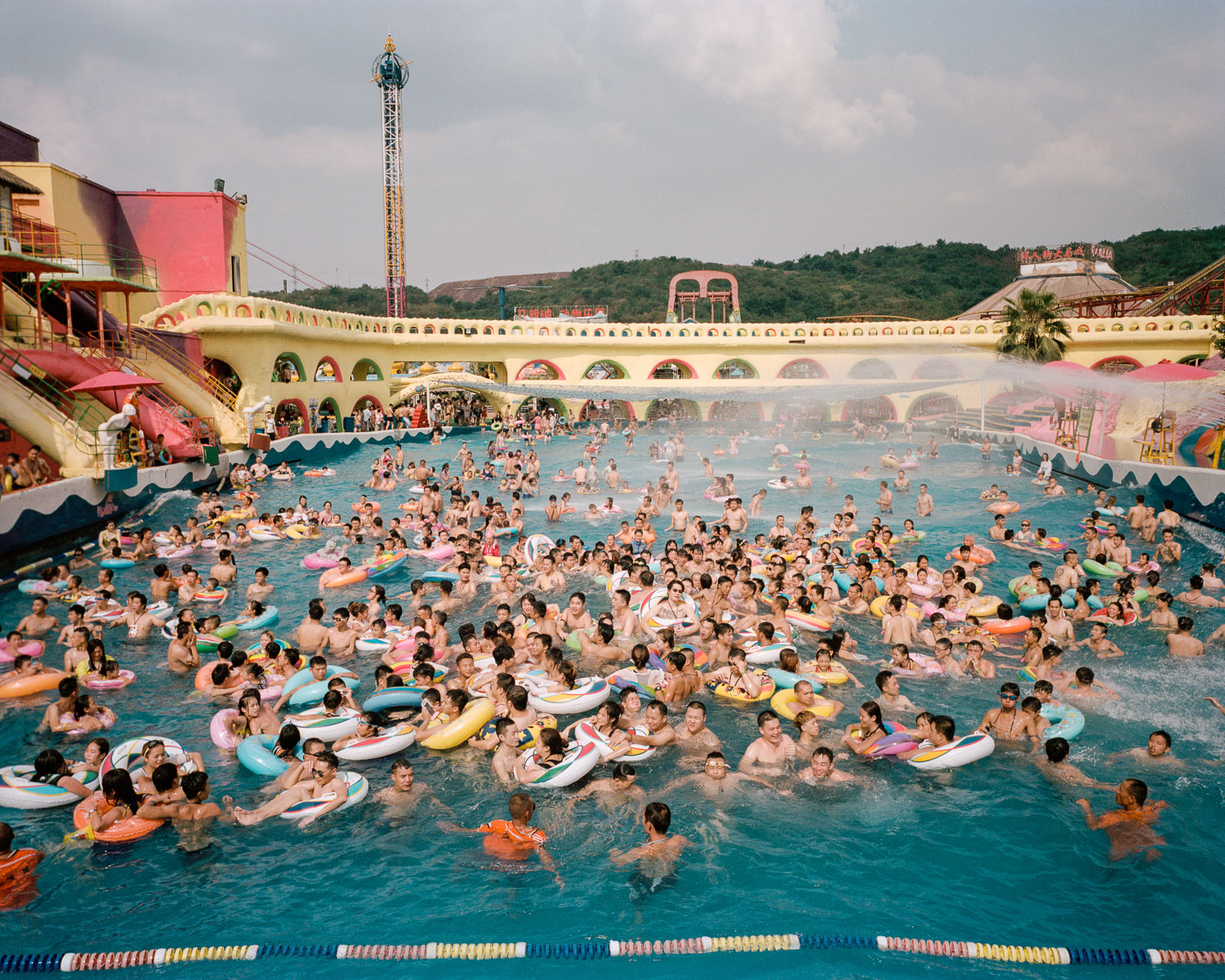 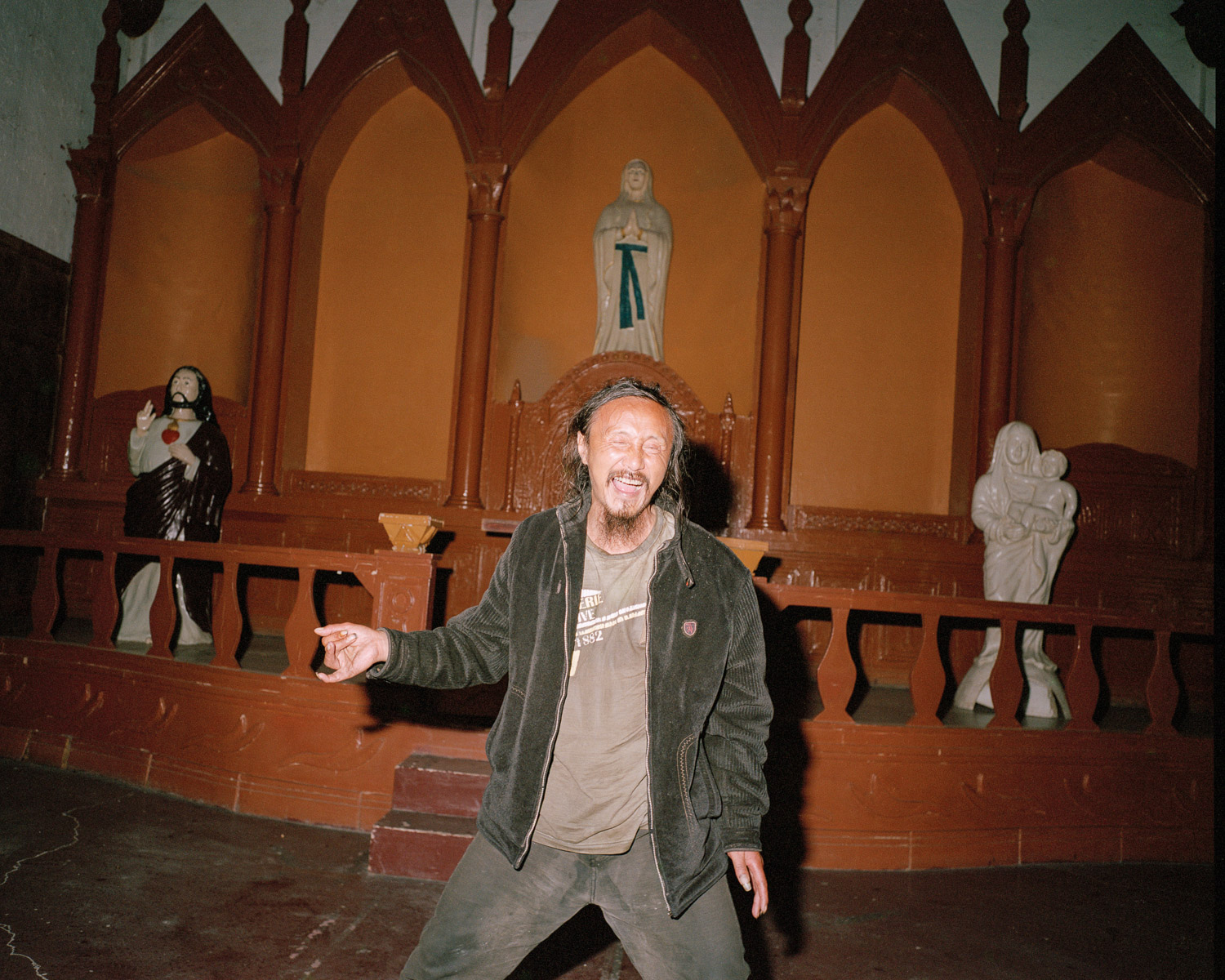 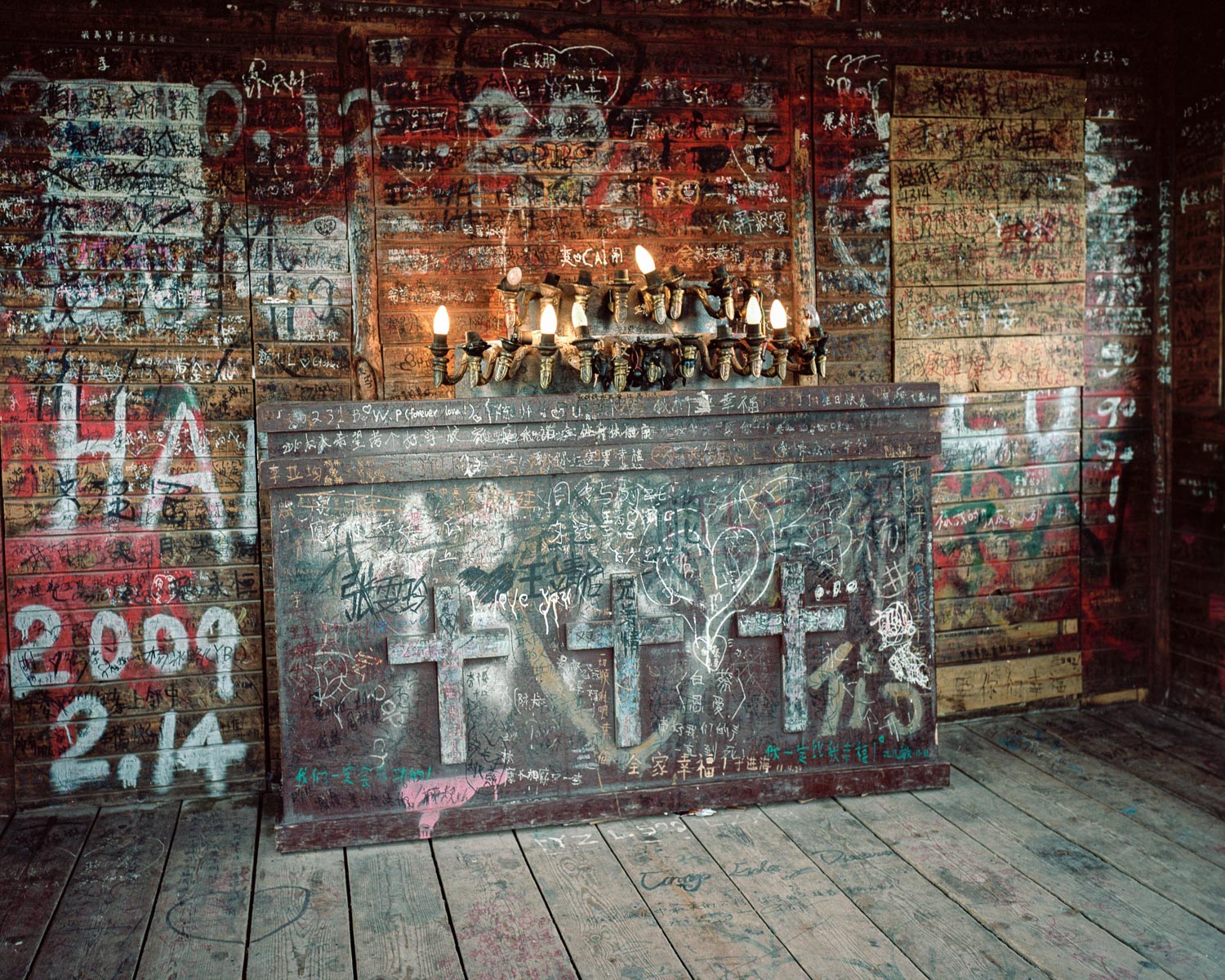 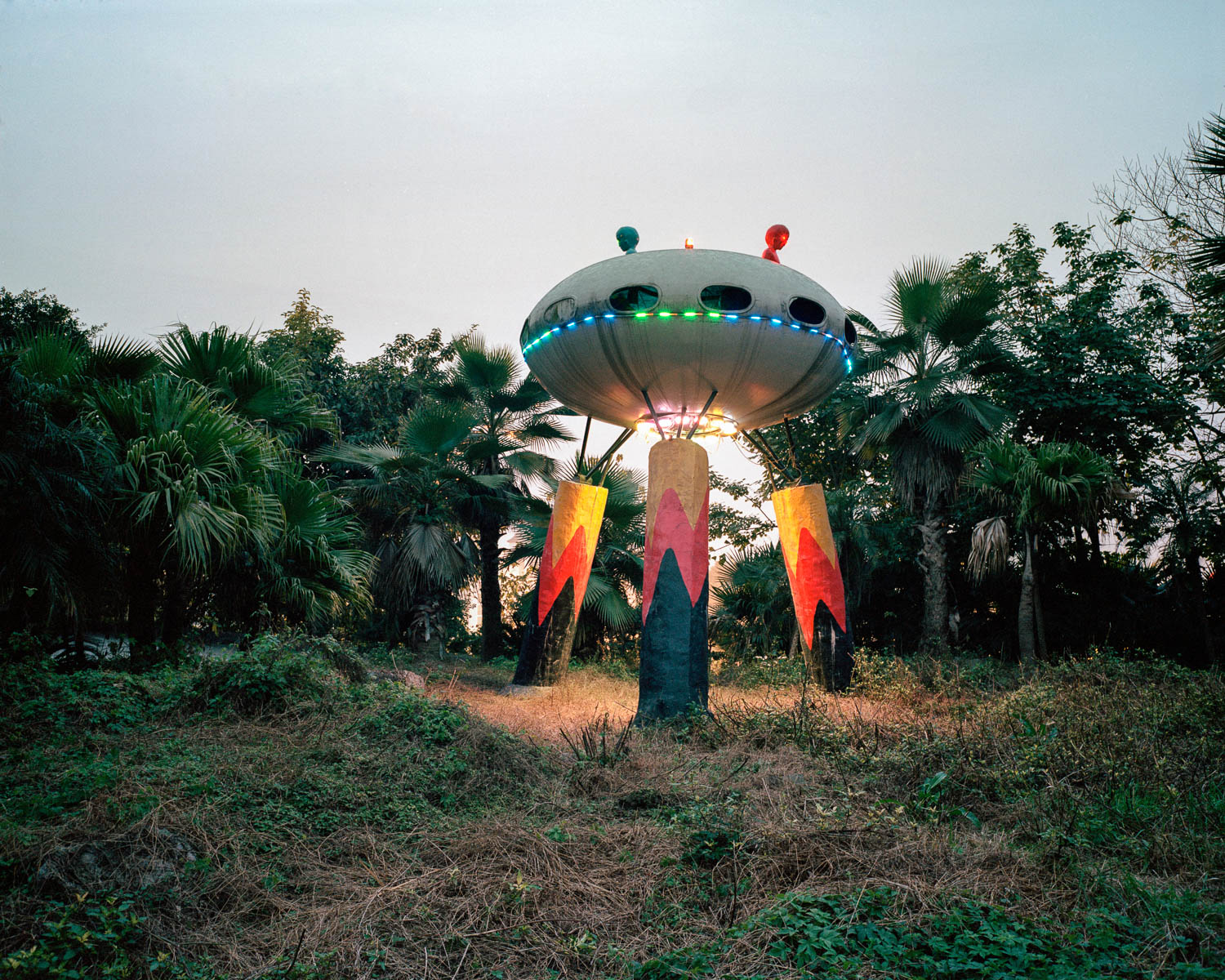 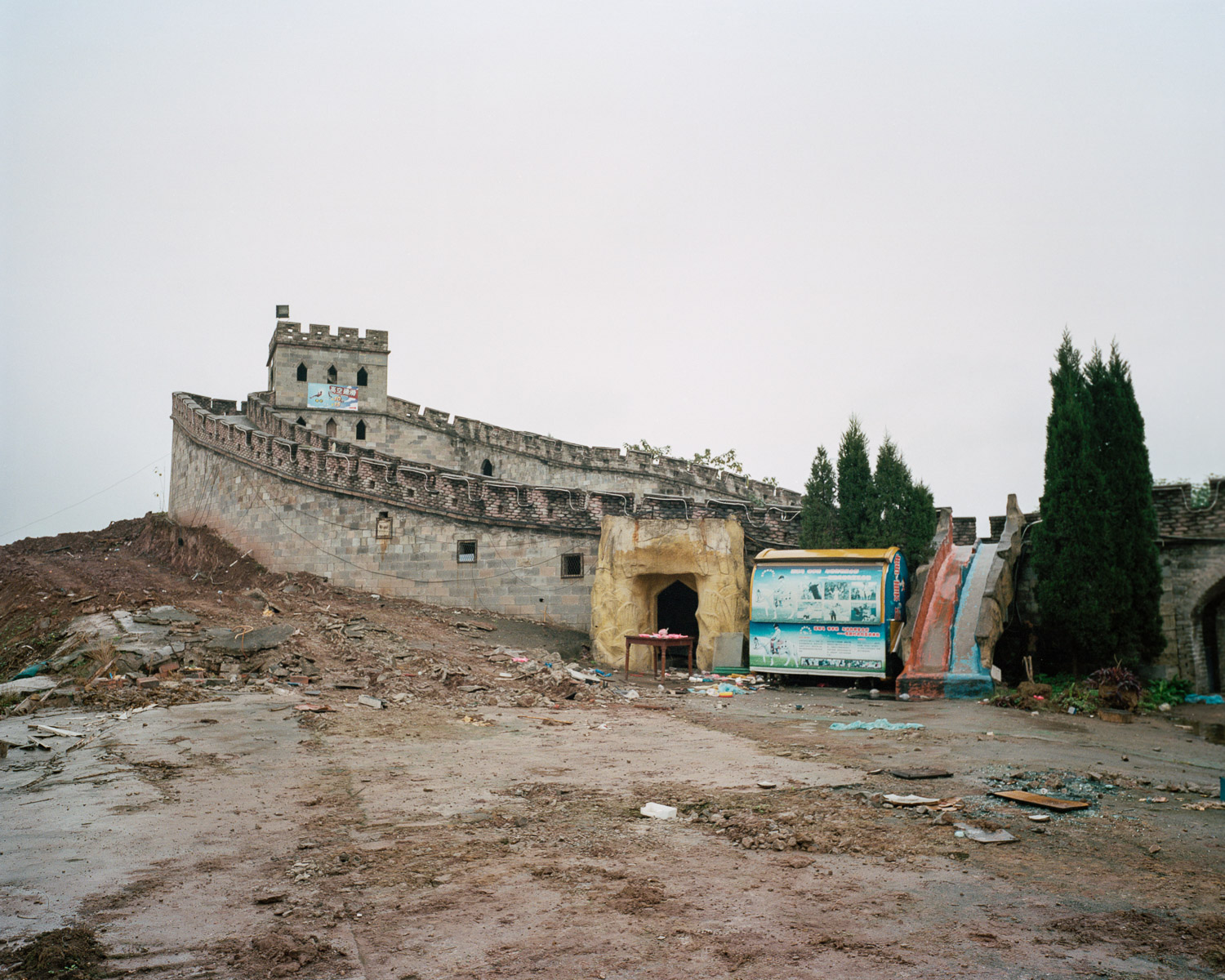 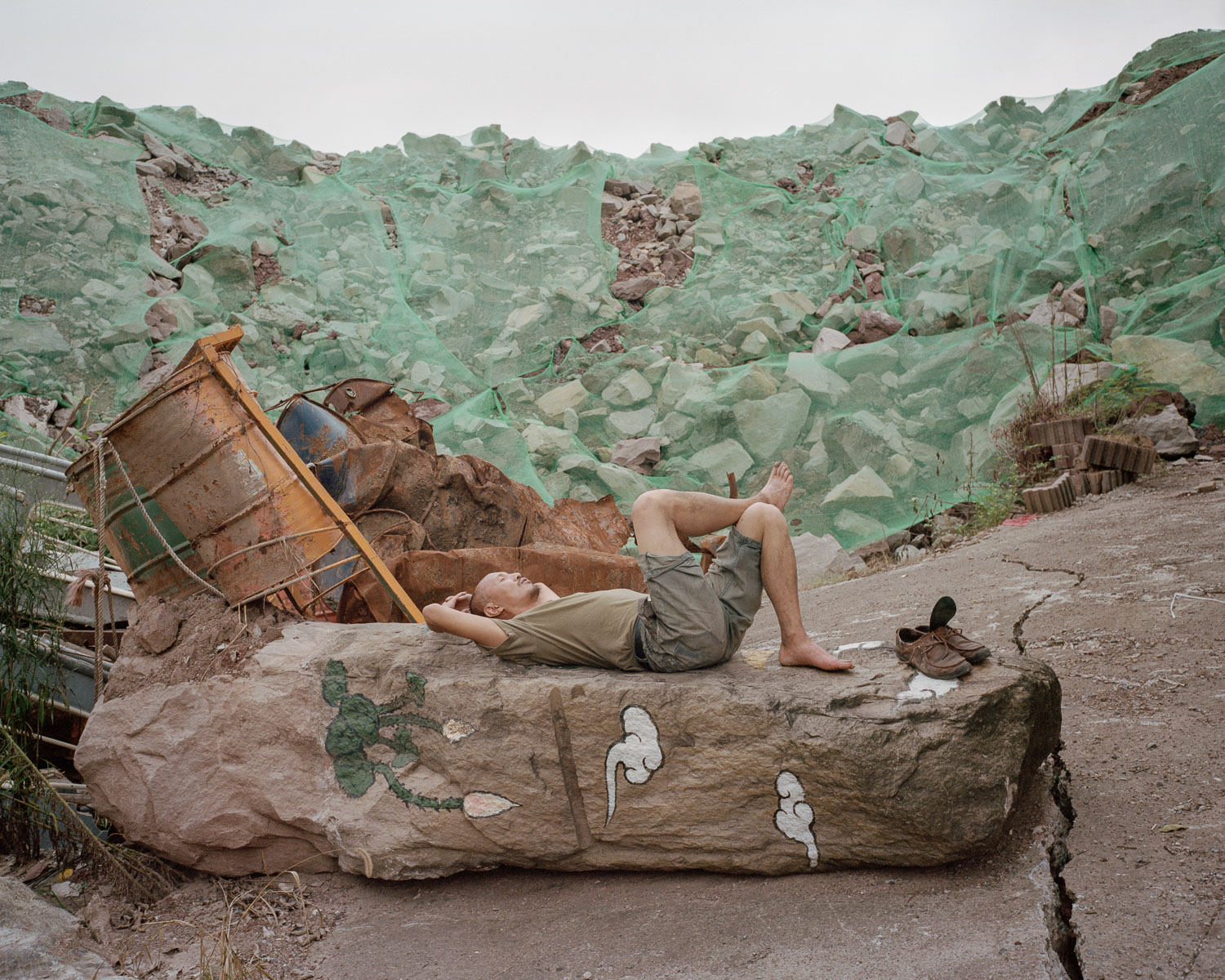 One of the stickers on the walls of Chongqing’s most notorious amusement parks reads: “God Bless Mexin Foreigner Street”. The park Foreigner Street has a dark, penetrating, and almost bacterial moss quality. It is different from the ordinary city parks like “People’s Park” or “Zhongshan Park” whose function is to maintain the power of the government, and it does not resemble  “Disneyland” or “Happy Valley” that is economically developed and consumed. Things unfold here in a kind of spontaneous primitive state. All kinds of contradictory, chaos, and non-coexisting things are juxtaposed together for no reason. This irrational, poor pragmatic plagiarism has created the magical and bizarre reality of Foreigner Street. It’s like a paradox. On one hand, it is a monster spawned by the rapid development of the city, on the other hand, it presents characteristics that deviate from modern urban civilization.

In the summer of 2015, photographer Hua Weicheng met Sun Zhiguo who lived in the park and carried the nickname the emperor of Foreigners’ Street. Capturing everything from paint-colored rocky roads, crowded swimming pools, as well as spaceships in the darkest nooks and crannies of the park, Hua Weicheng, together with his muse Sun Zhiguo, combines photography and experimental video to showcase an optimistic vision on a park in a desolated and erratic state. The photographic series  is a critical contemporary tribute to pragmatism, diversity and weirdness of life. An homage to spontaneous growth, and of course to the muse of the photographer, the photographs encapsulates the park and its visitors as an ever-changing state of mind. All featured photographs are from the series God Bless the Alien Street (2015). The park closed in 2019.

Hua Weicheng graduated from Communication University of China in 2007 with a master’s degree in film, and became later a visiting scholar at the Central Academy of Fine Arts. His work has been exhibited worldwide, including Jimei-Arles International Photo Festival in China, BredaPhoto in the Netherlands, The FIF_BH International Festival of Photography of Belo Horizonte in Brazil, among others. Hua Weicheng’s work focuses on ordinary situations under the multiple pressures of political power and capital logic in forms of photography, video and installations.