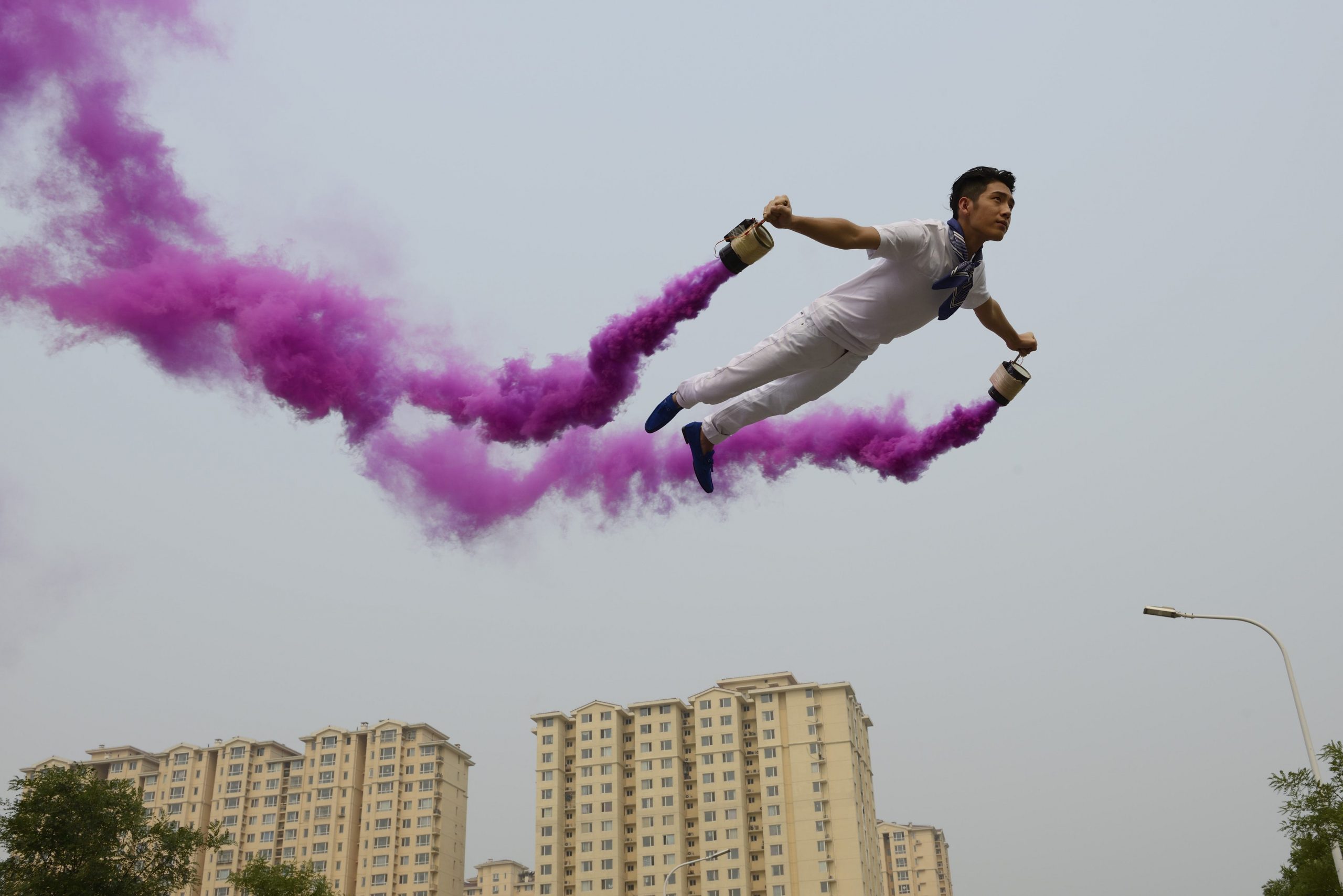 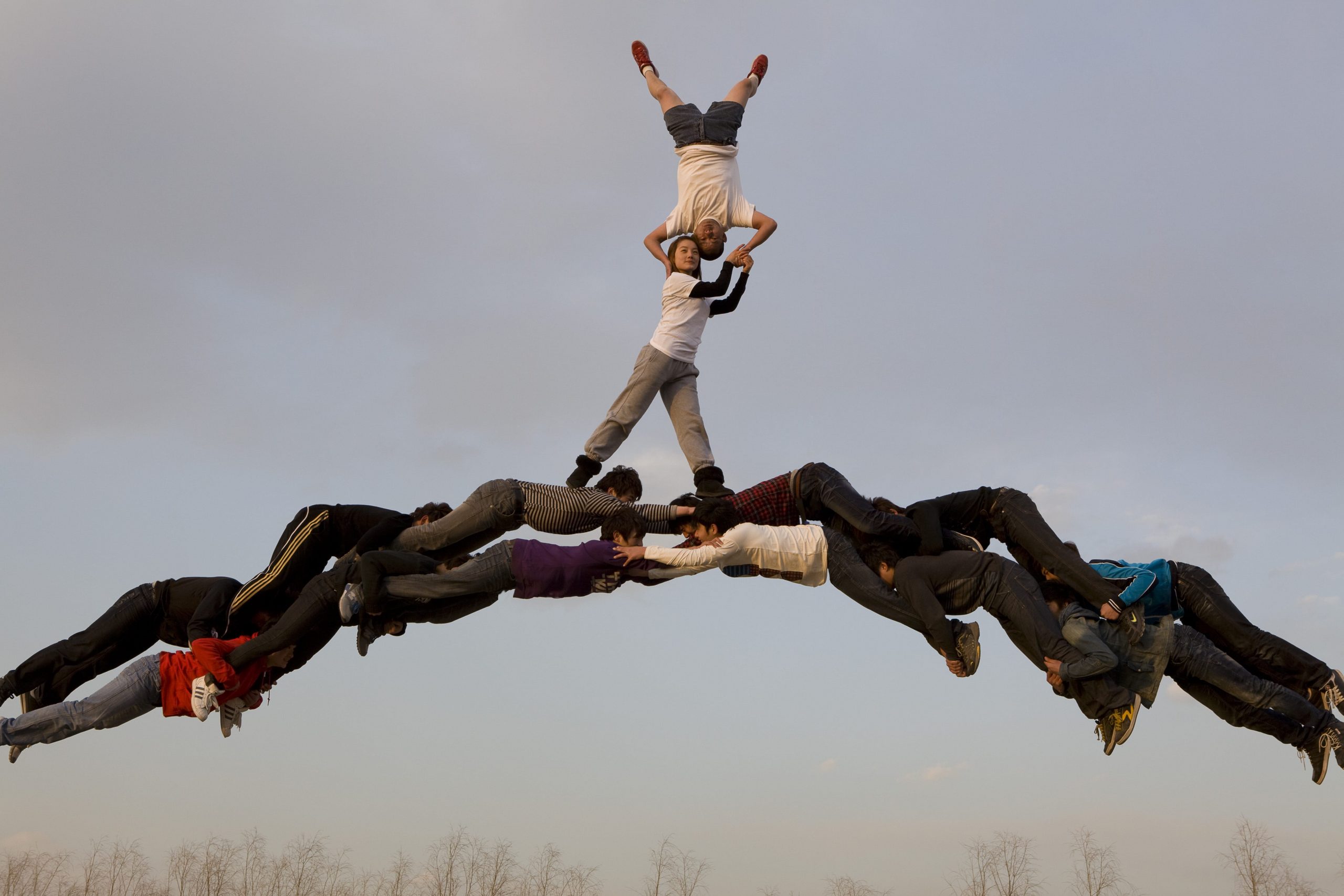 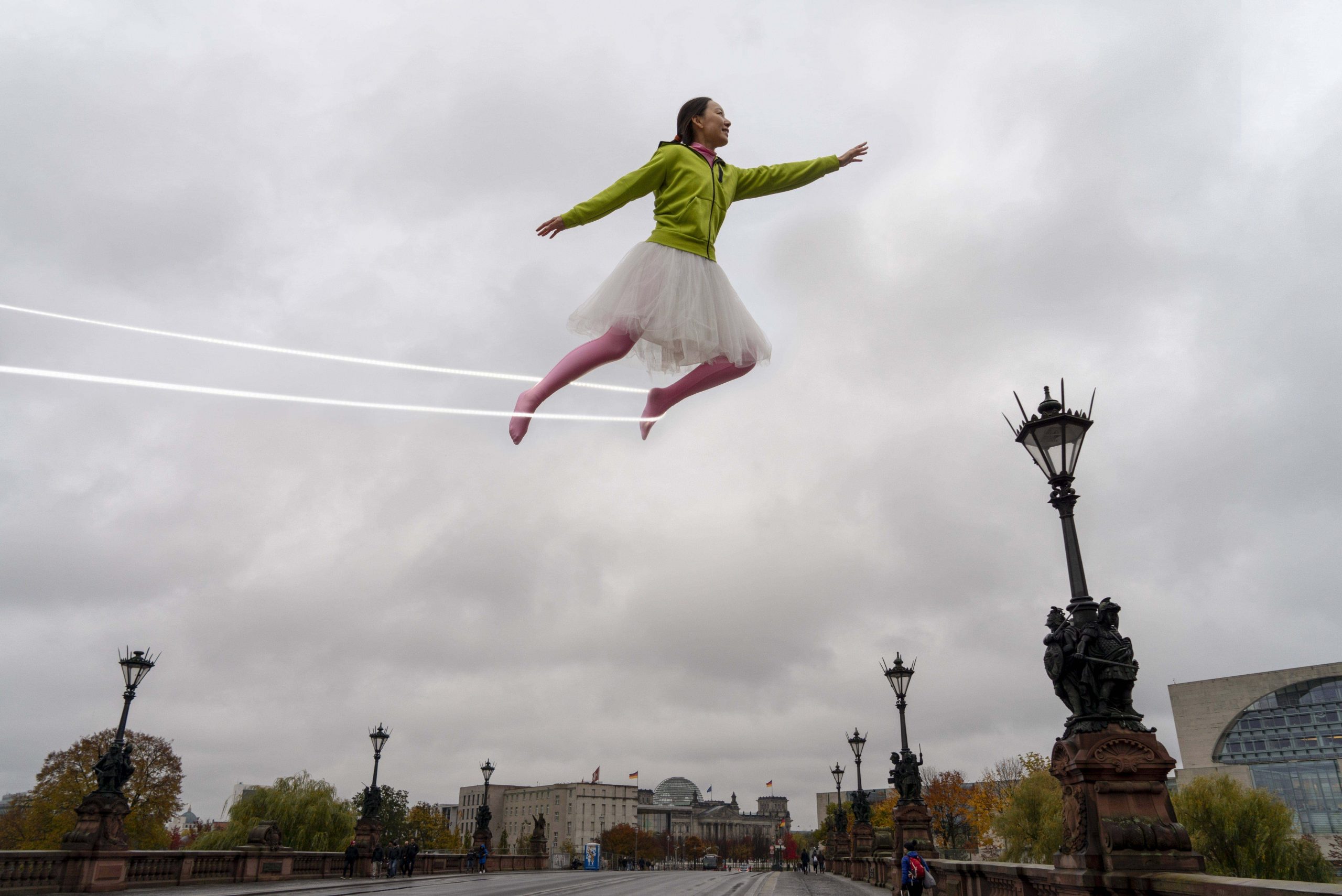 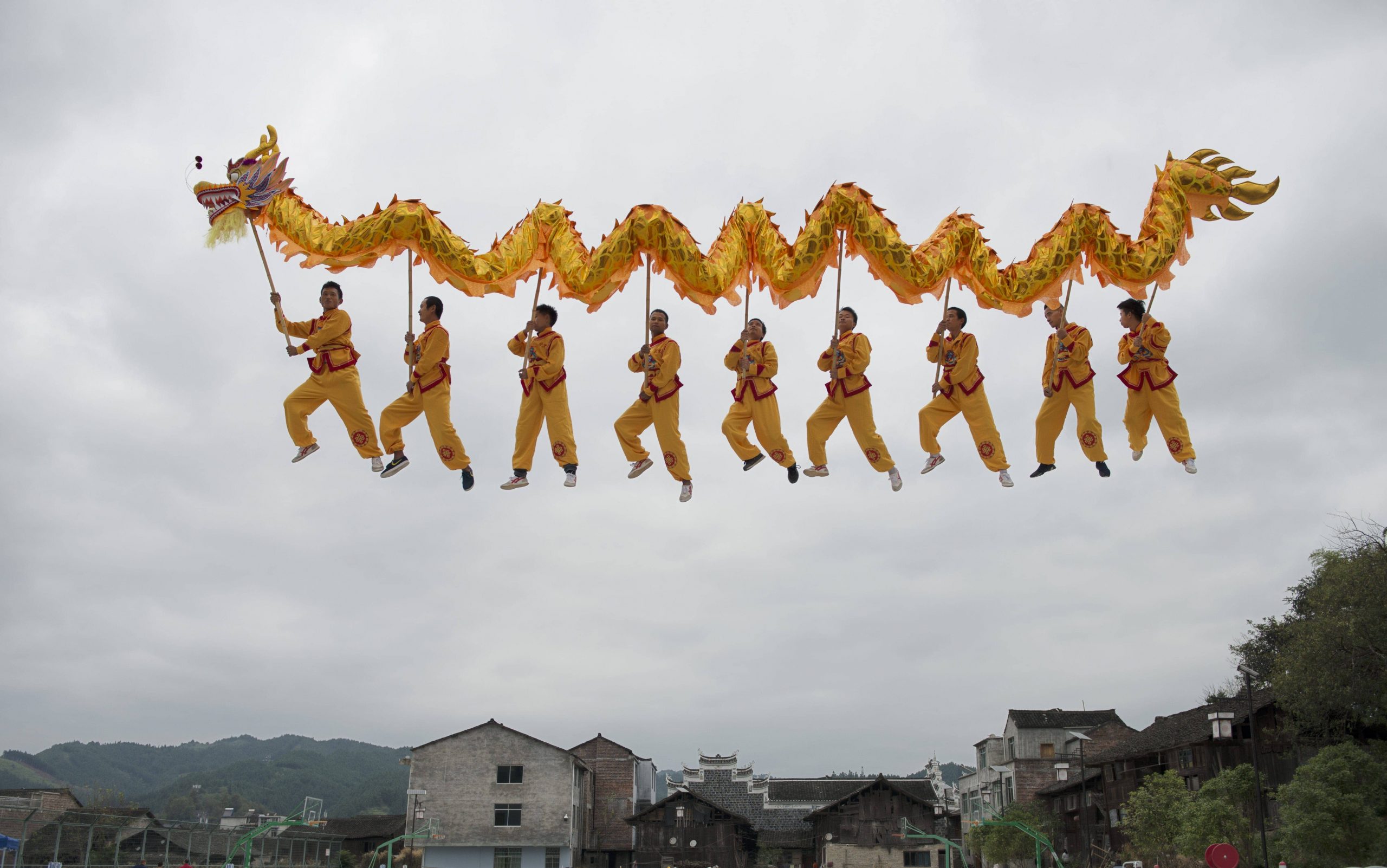 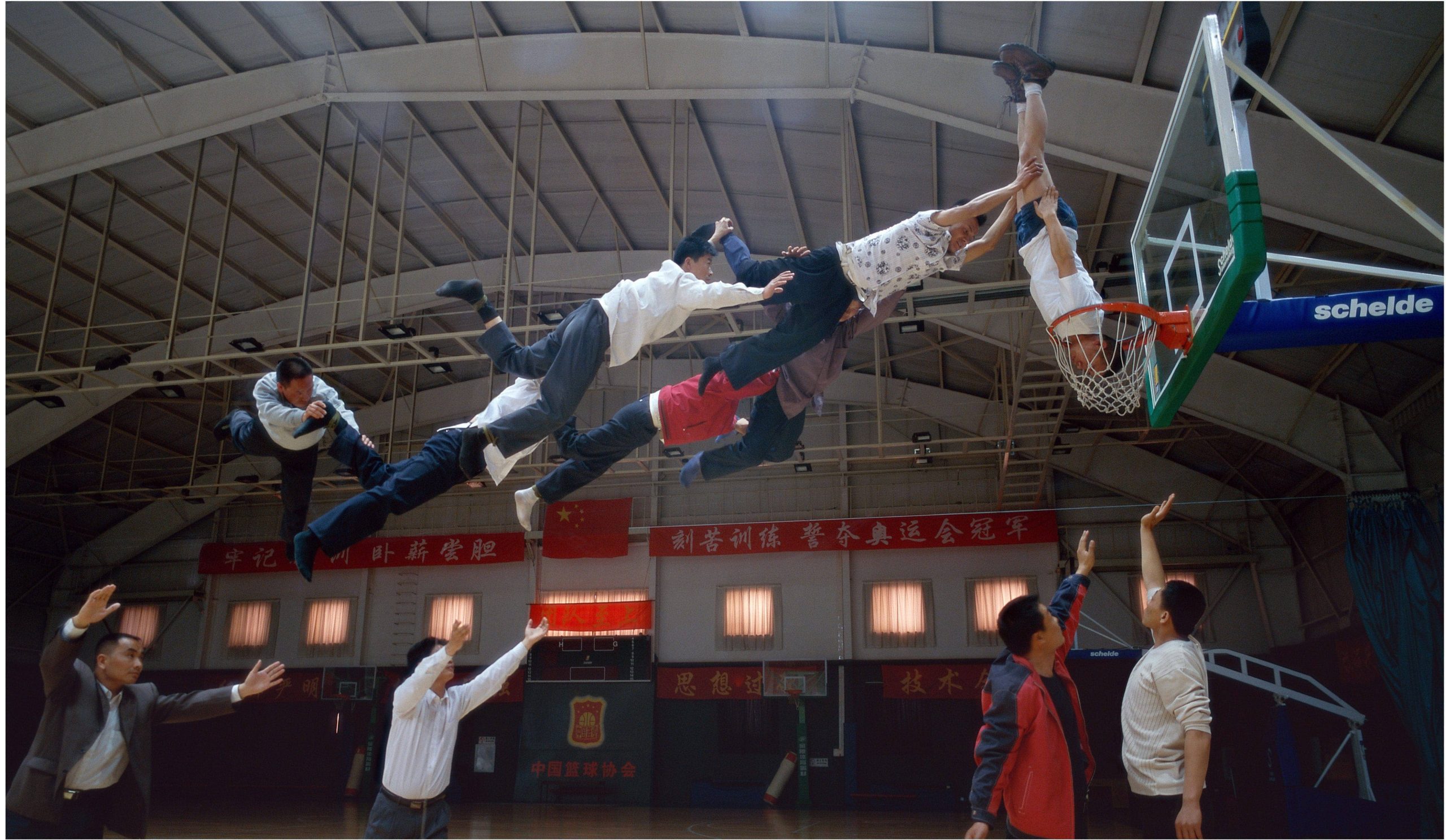 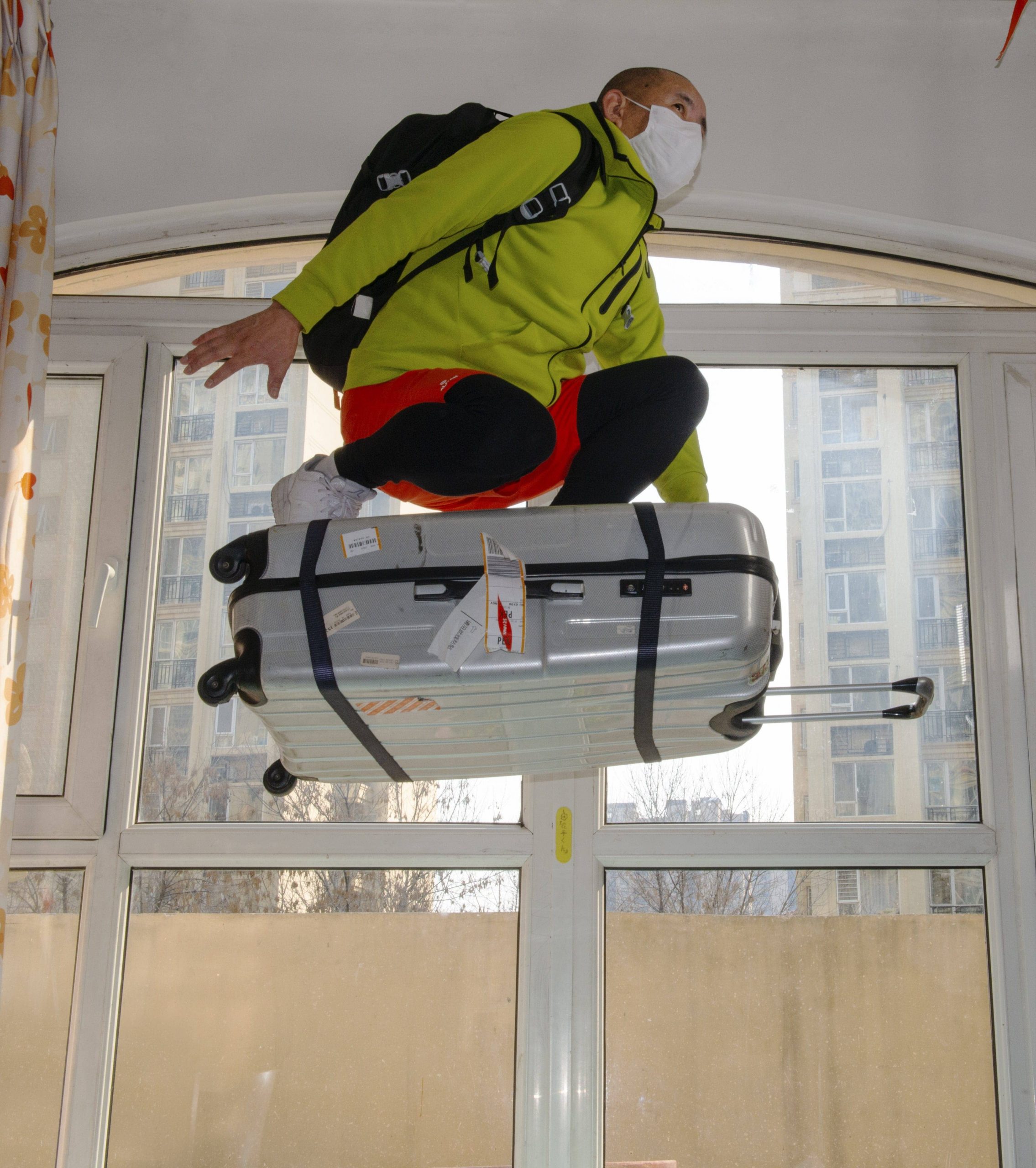 Ladies and gentlemen, welcome onboard. Enjoy your flight.

In the collection The Flying World, Li Wei makes us loose gravity by using motifs of flying people to express his personal ideology of flying as one of the strongest images of freedom. The compositions resamples the dangerous and unstable life situation society offers, but primarily, his work mirrors how he maintains a balance in a sometimes problematic set up – with a humorous and playful attitude. After all, when you’re the one flying, you’re the one seeing the greater perspective.

Li Wei is originally a performance artist, but in the interest of preserving his art in a rapidly changing world, he threw his love at the more permanent medium of photography. Mixing performance and photography, his work creates an illusion of a wicked truth that makes most people hold their breath for a second. However, his photos are not as far from reality as they may seem. The only thing he post-edits are the wires that helps people levitate. Li Wei is indeed still, if not more than ever, a true performance artist. Through his ongoing work, Li Wei has gained international recognition for touching upon the subject of not belonging to earth and seeing humanity from space through the physical contrast between falling and flying.

In college, he studied oil painting, but it was not until he moved to the East Village in Beijing, where he encountered legendary artists such as Zhang Huang and Ma Liuming, that his artistic direction begun to take shape. Having studied at Suzhou Silk College, Central Academy of Fine Arts in Beijing, Sichuan Academy of Fine Arts in Chongqing, An Hui Teachers’ College in Wu Hu and Zhejiang Academy of Fine Arts in Hangzhou, his works has been presented at a large amount of group- and solo exhibitions including places such as Galerie Richard in New York, The Ringling Museum of Art in Florida and Seoul Museum of Art, and, he has won several awards though out his outstanding career.