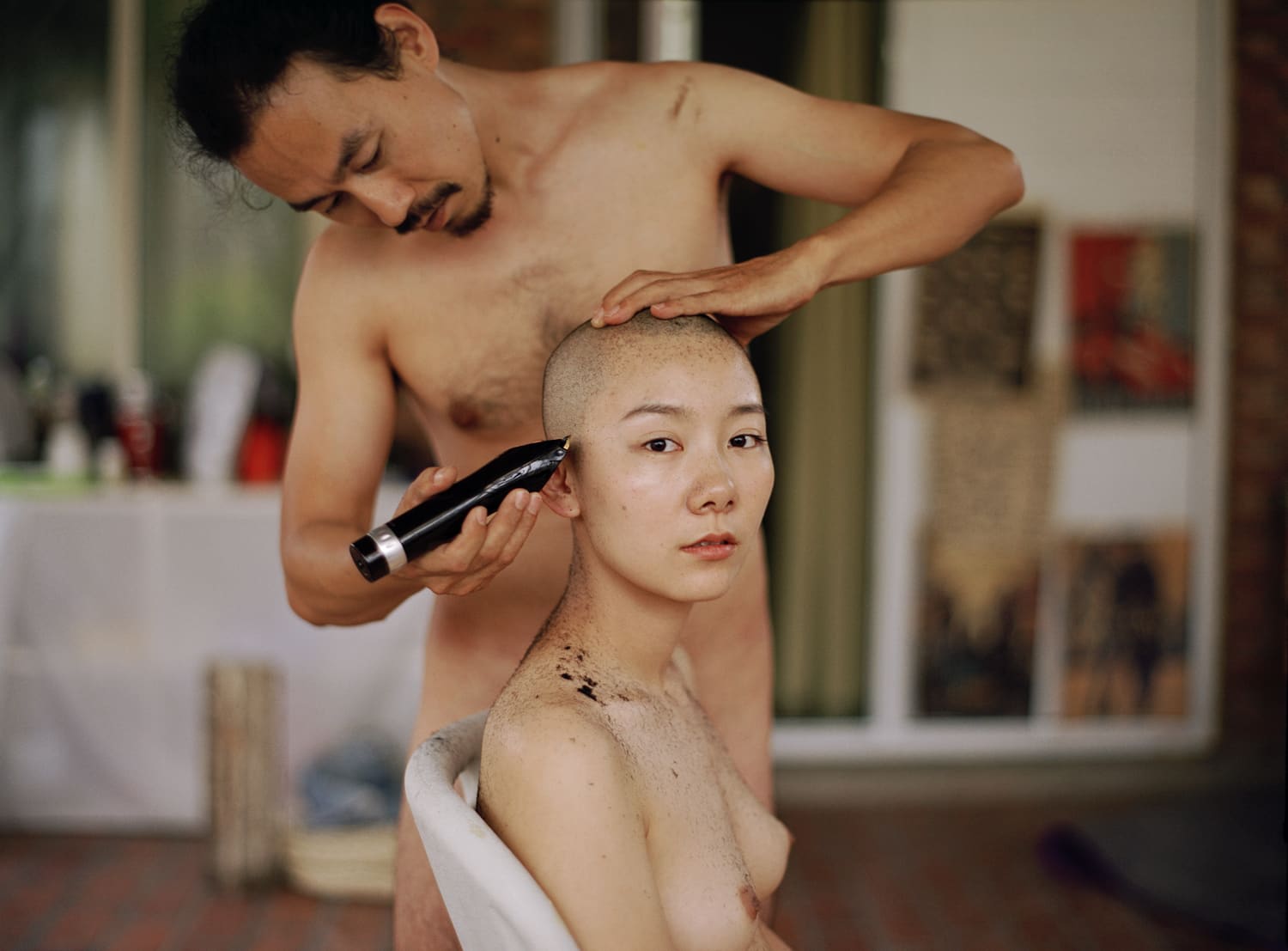 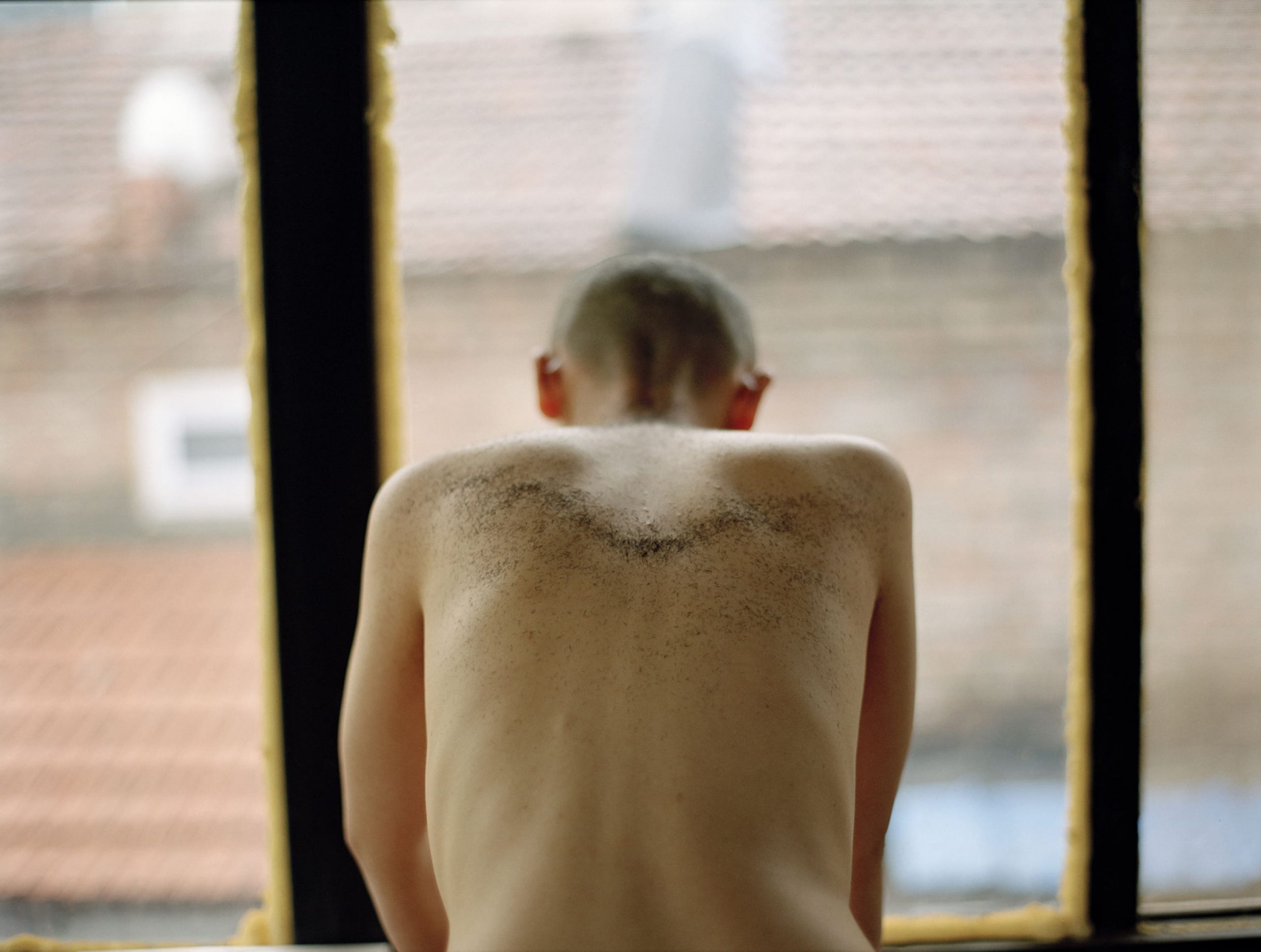 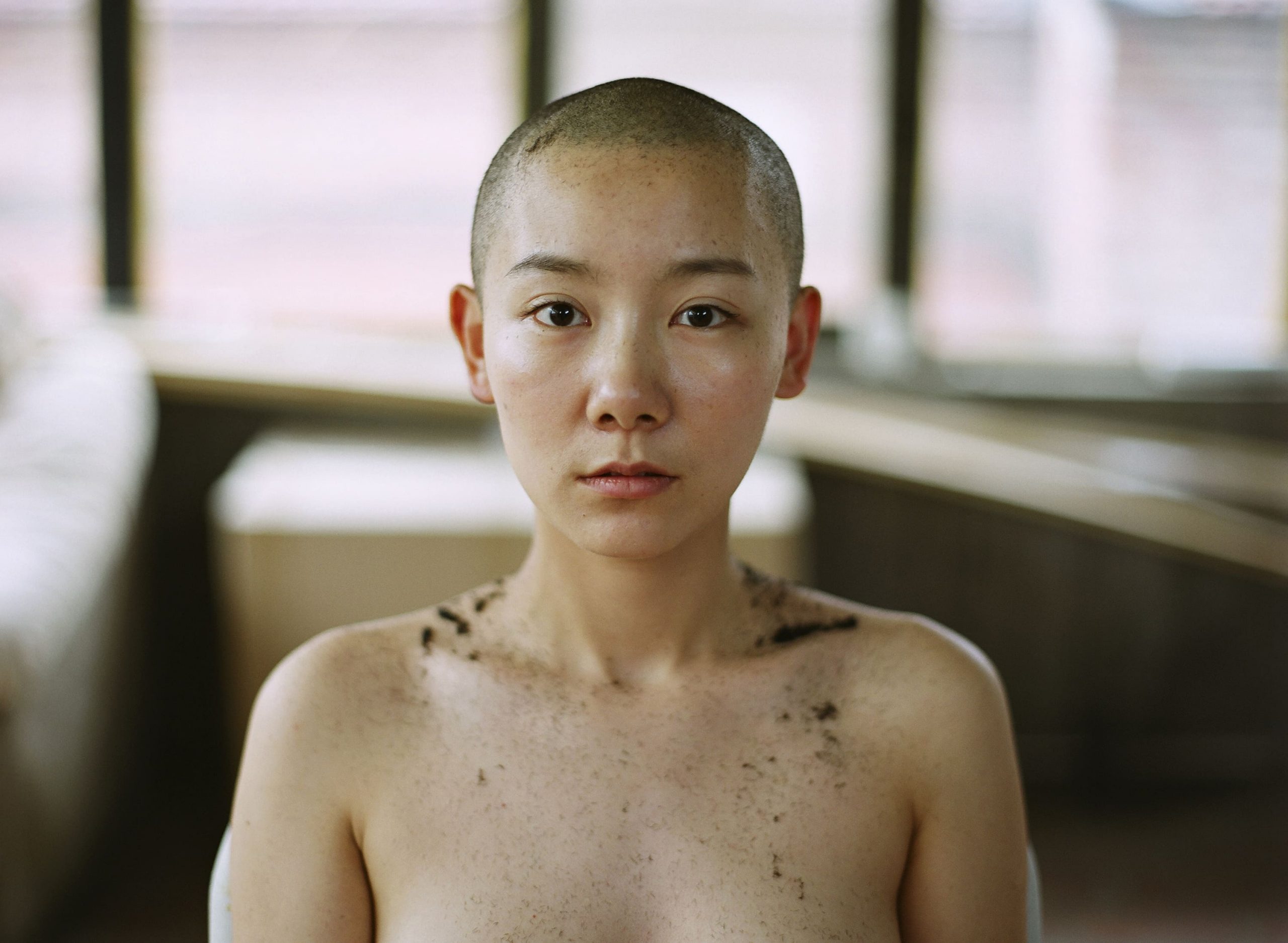 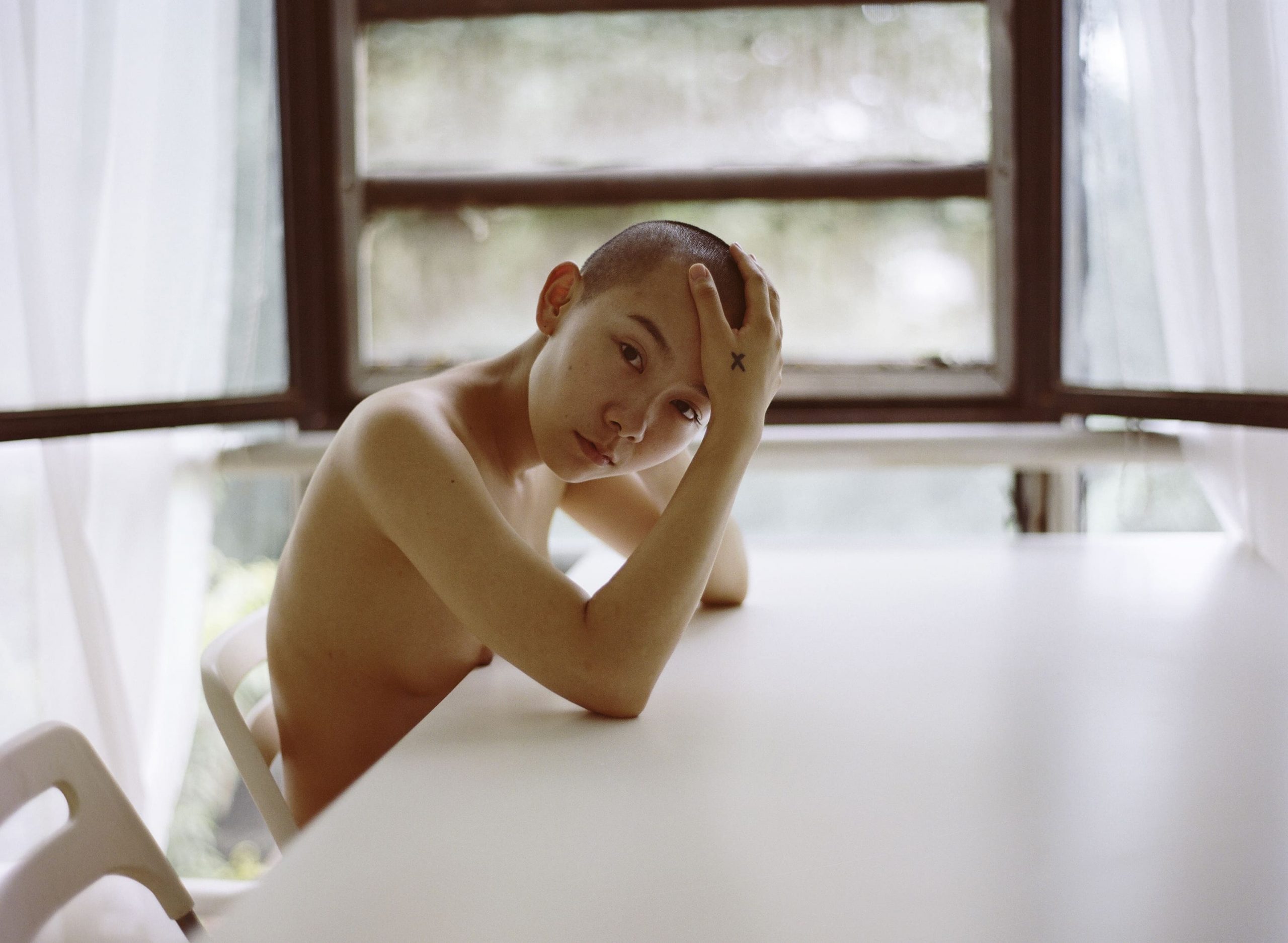 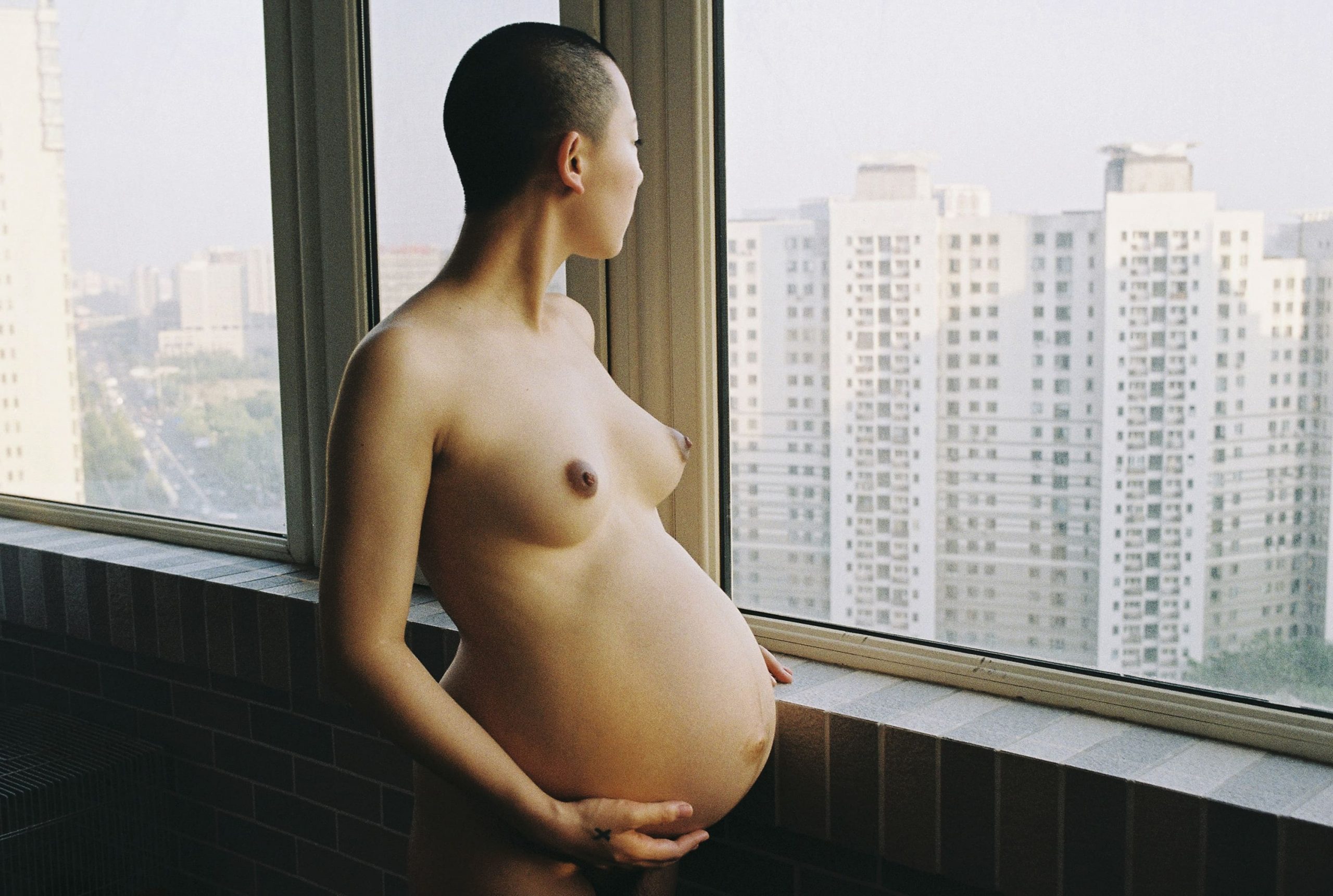 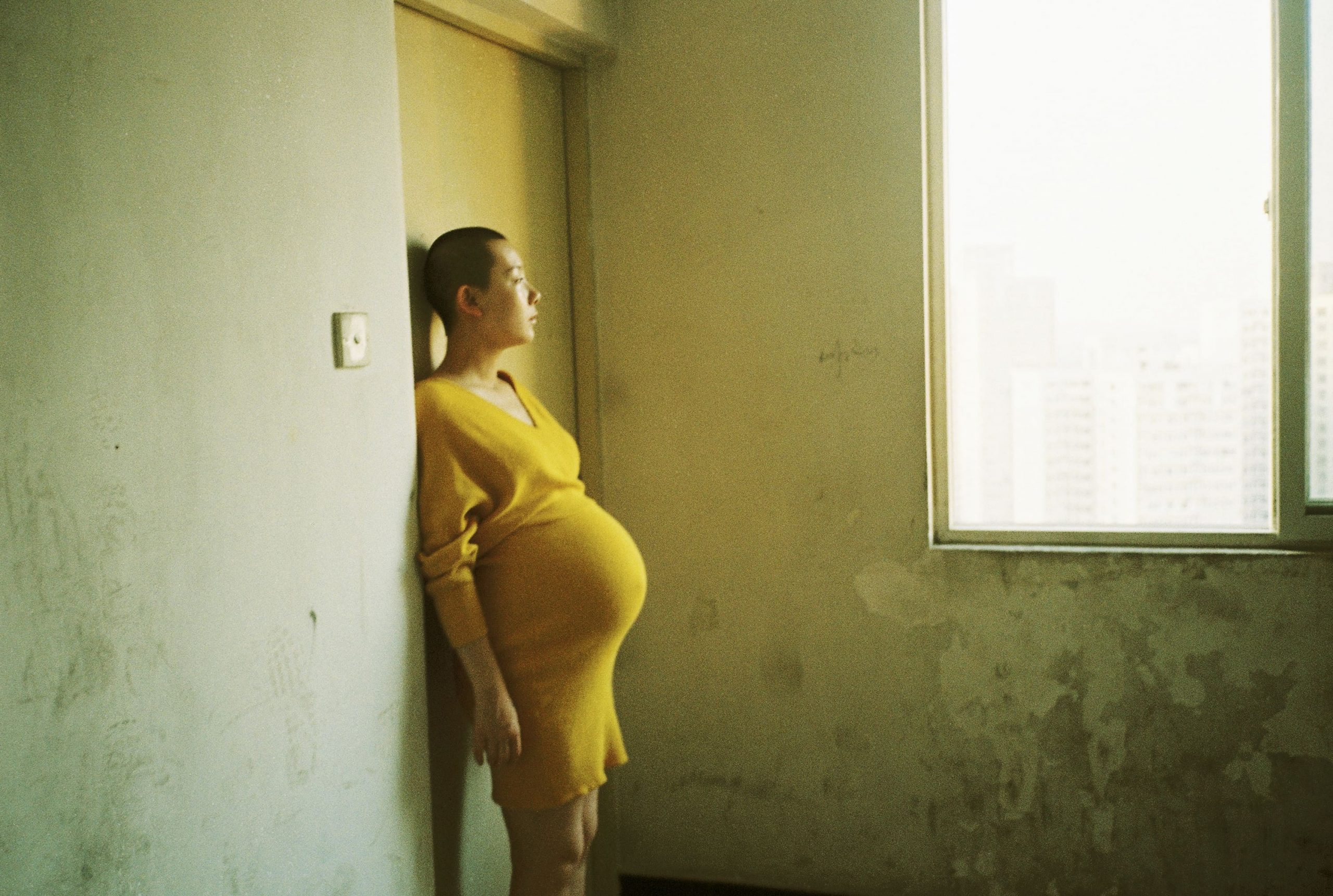 Born in China’s northeastern Liaoning province in the mid-80s, Luo Yang took up photography during her time at university and is now based between Beijing and Shanghai. She set off by documenting the lives of women living around her to offer a fresh perspective into contemporary womanhood, by exploring beauty ideals and preconceptions of what being born a woman in modern China entails.

One of her stand-alone projects from 2016, Wang Yanyun, intimately portrays a young pregnant woman in her late 20s named Wang Yanyun, whose work as a naked model during her years at Beijing’s Renmin University sparked controversy and who Yang celebrates for her brave and tough-minded spirit. The two met at a time when Yanyun was pregnant and had embarked on a new relationship after separating from her then-husband.

Offering a peek into her private life while tracing aspects of her identity, Yanyun is photographed sitting down fully naked while getting her head shaved by her newly-found boyfriend – a sign of rupture from the recently ended marriage – and later standing on an enclosed brick balcony where tall blocks of residential skyscrapers and congested roads act as a backdrop. In portraying her shaven-headed, standing alone and bare naked embracing her pregnancy curves – where the vulnerability of a naked body meets the toughness of character – the series expresses many of Yang’s themes, from the fluidity of gender roles to the expression of different facets of beauty and body image and the exploration of motherhood in modern-day China, while offering a platform for empowered (yet ordinary) female subjects to take centre stage.

Luo Yang graduated from Lu Xun Academy of Fine Arts in Shenyang in 2009 with a BA in Art and Graphic Design. Her work, exhibited in galleries around the world and published in numerous books, including our photobook Rooms Within China, depicts and celebrates an emerging Chinese subculture: that of independent, daring women of different ages, backgrounds and identities who defy society-imposed stereotypes and expectations. Yang was recently crowned as a ‘rising star of Chinese photography’ by Beijing-born contemporary artist Ai Weiwei and her photographic series Girls – which collects portraits of friends and strangers shot over the span of a decade – has won praise among critics worldwide. Luo Yang was also named one of BBC’s 100 Women in 2018 and shortlisted for C/O Berlin Talent Award in 2019, among her other accolades.