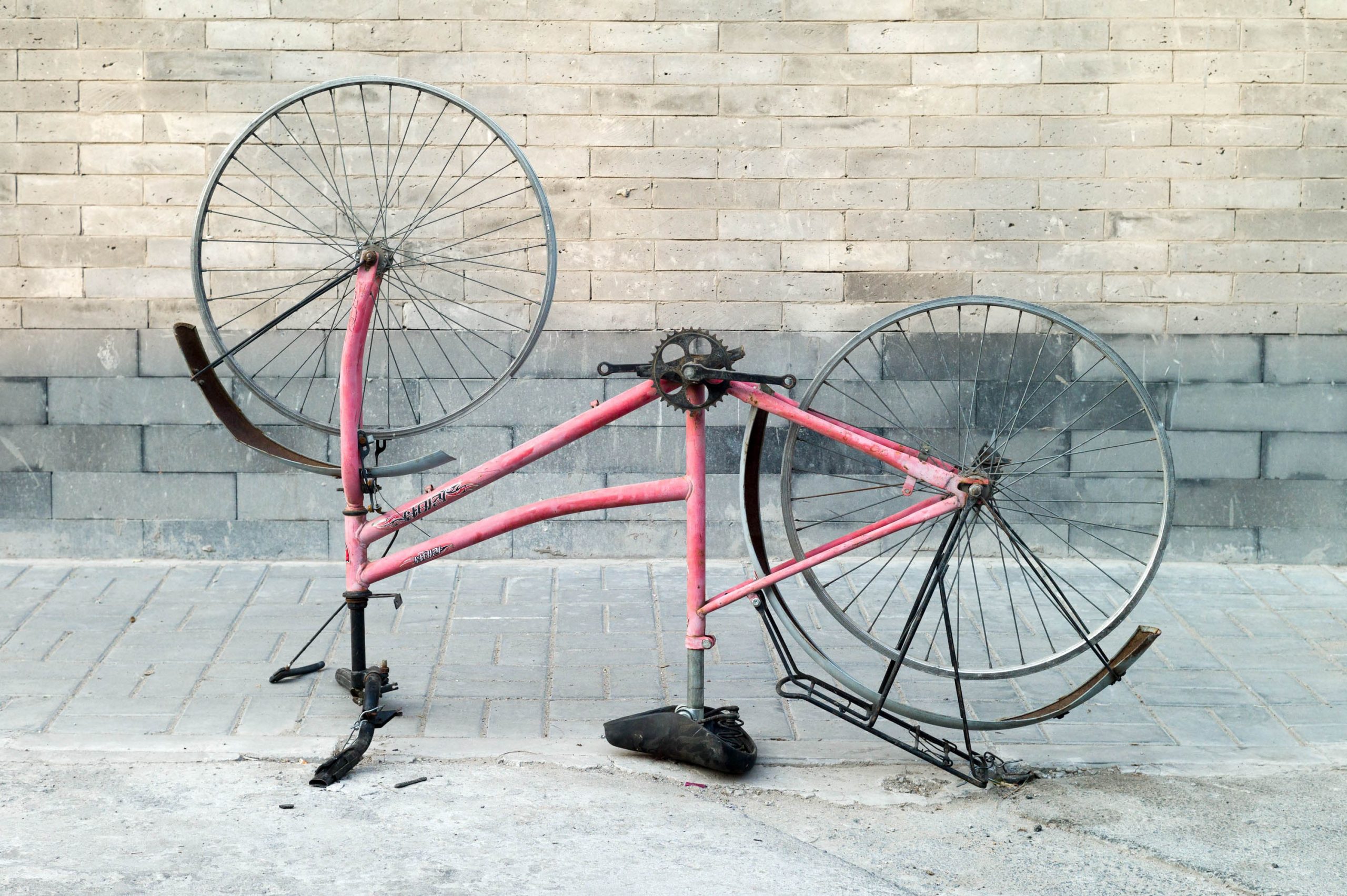 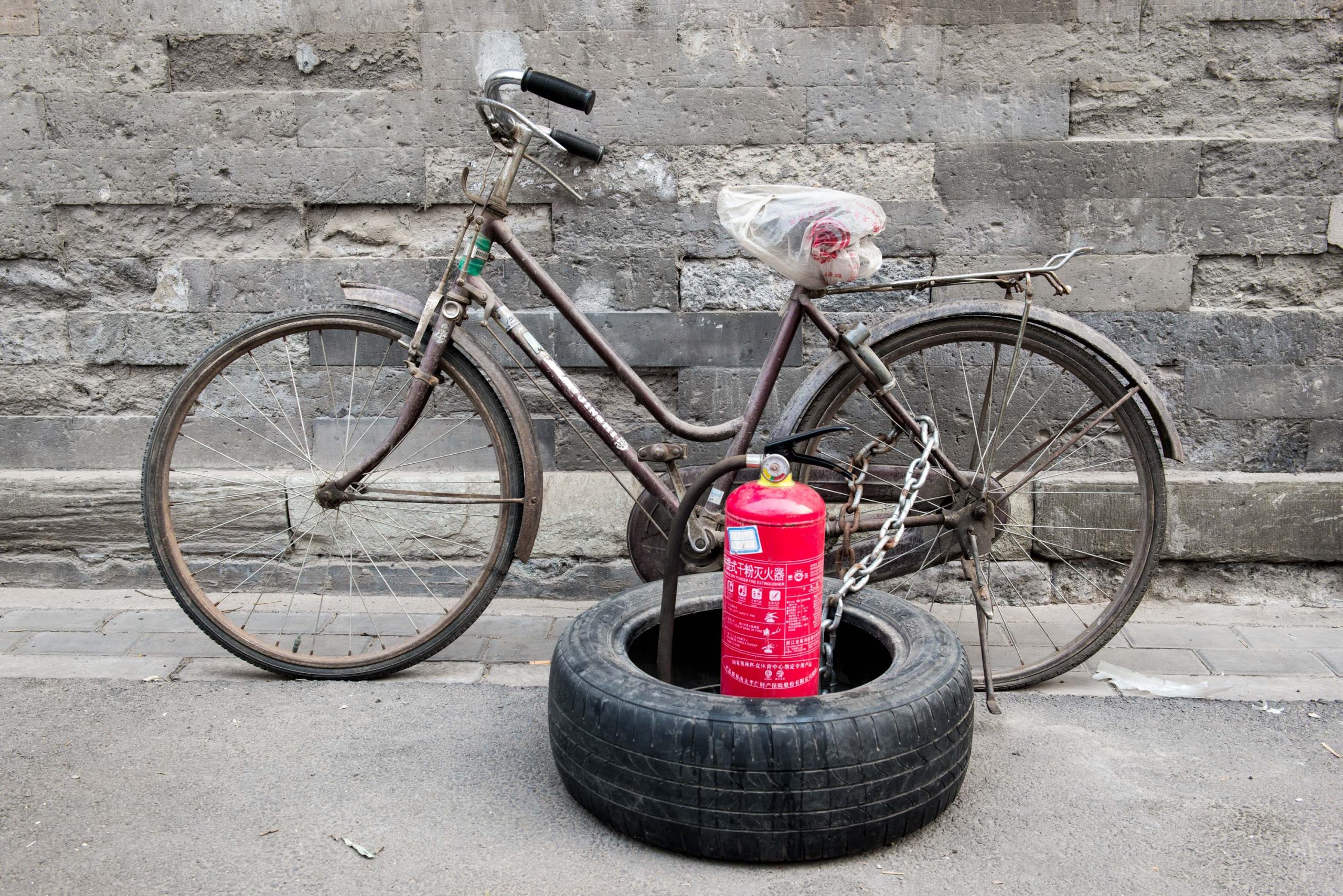 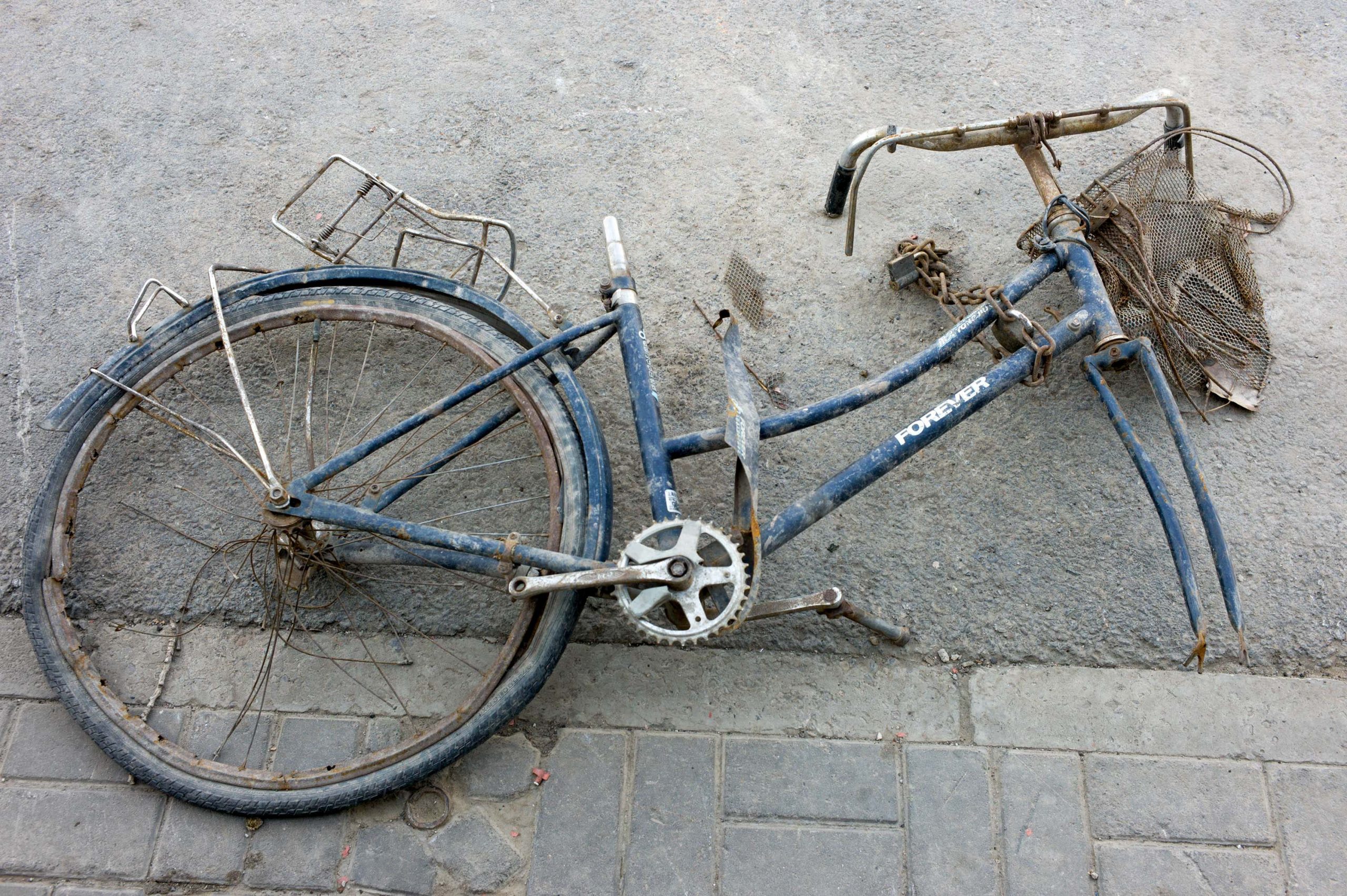 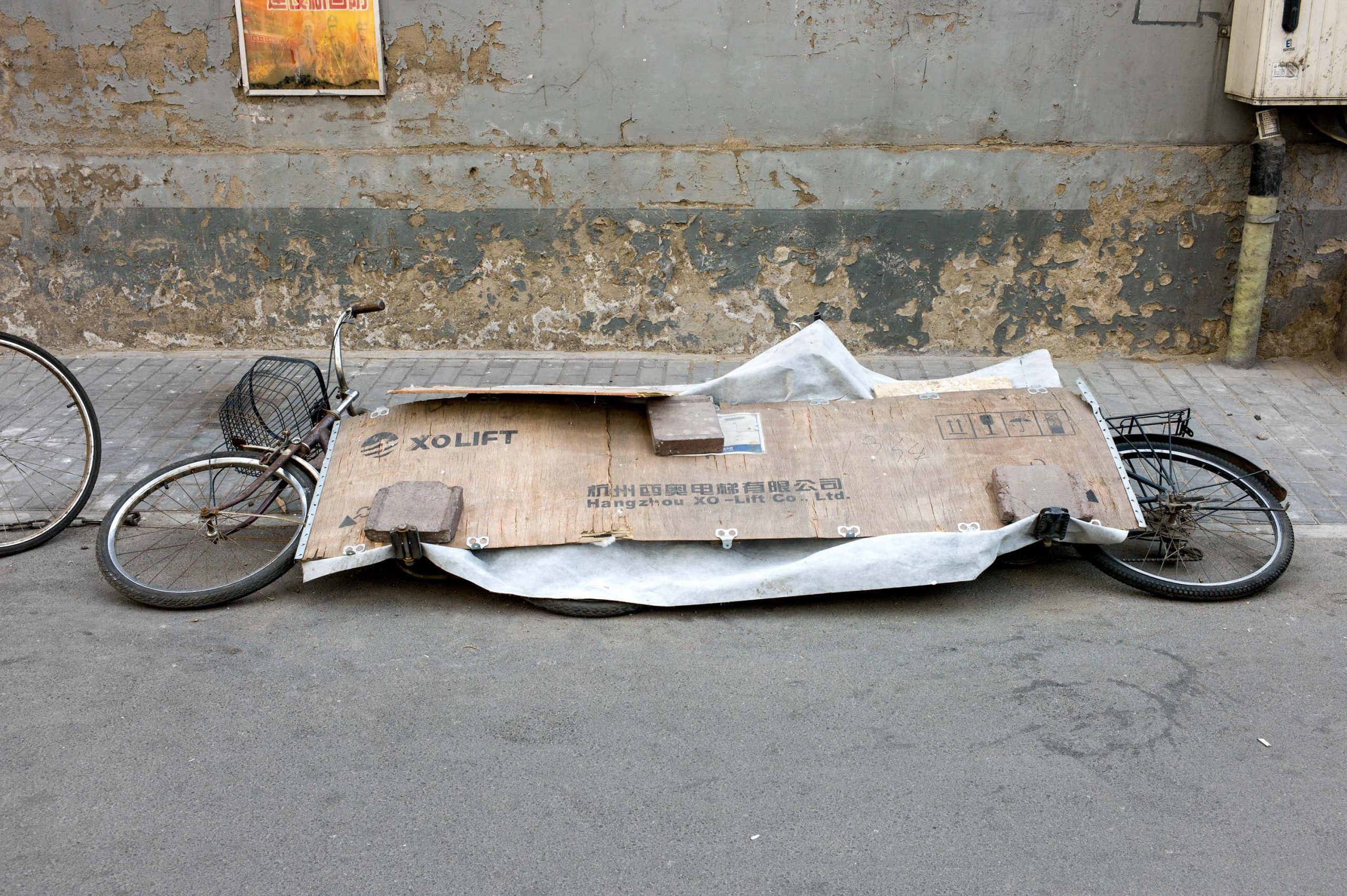 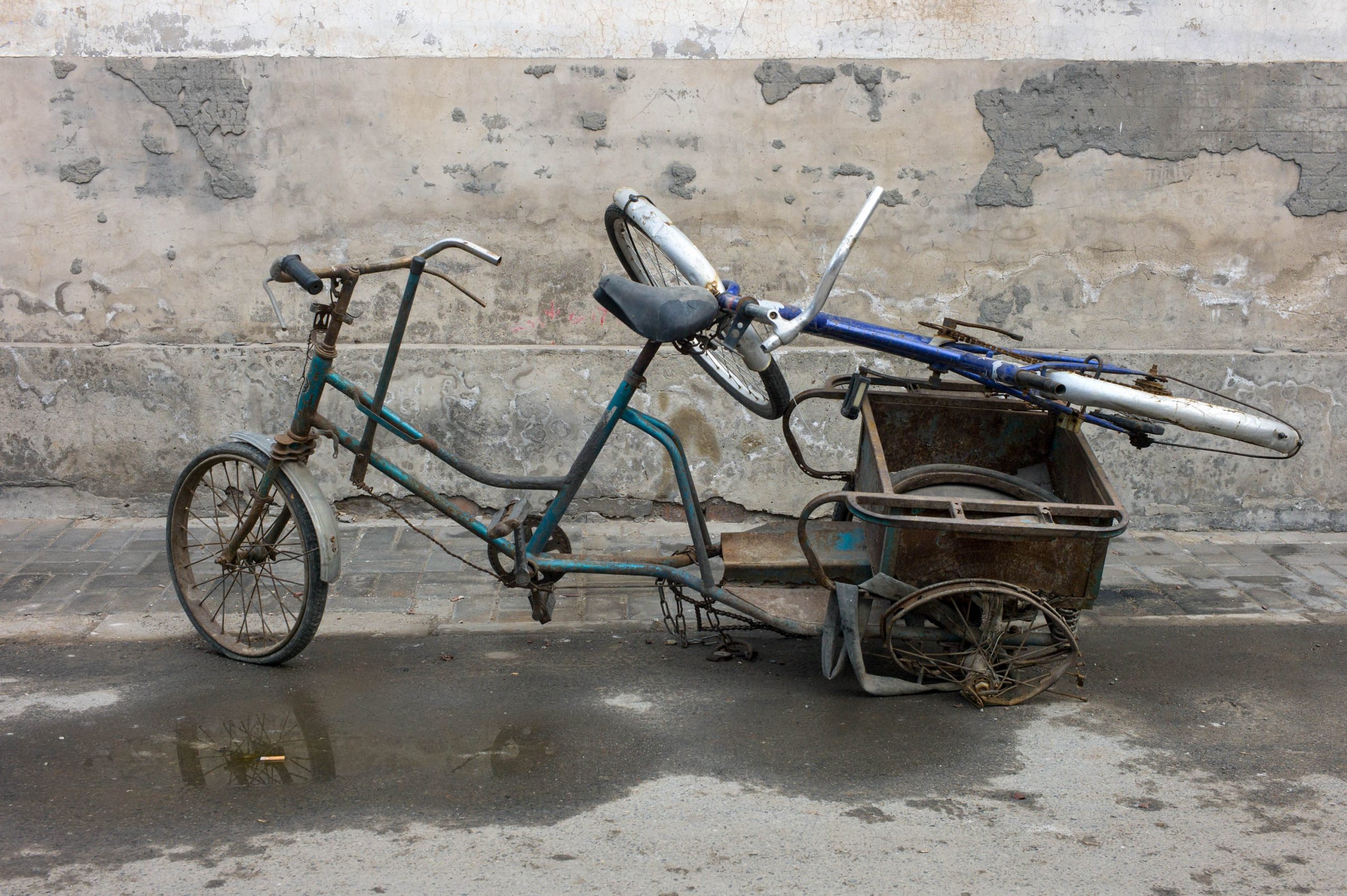 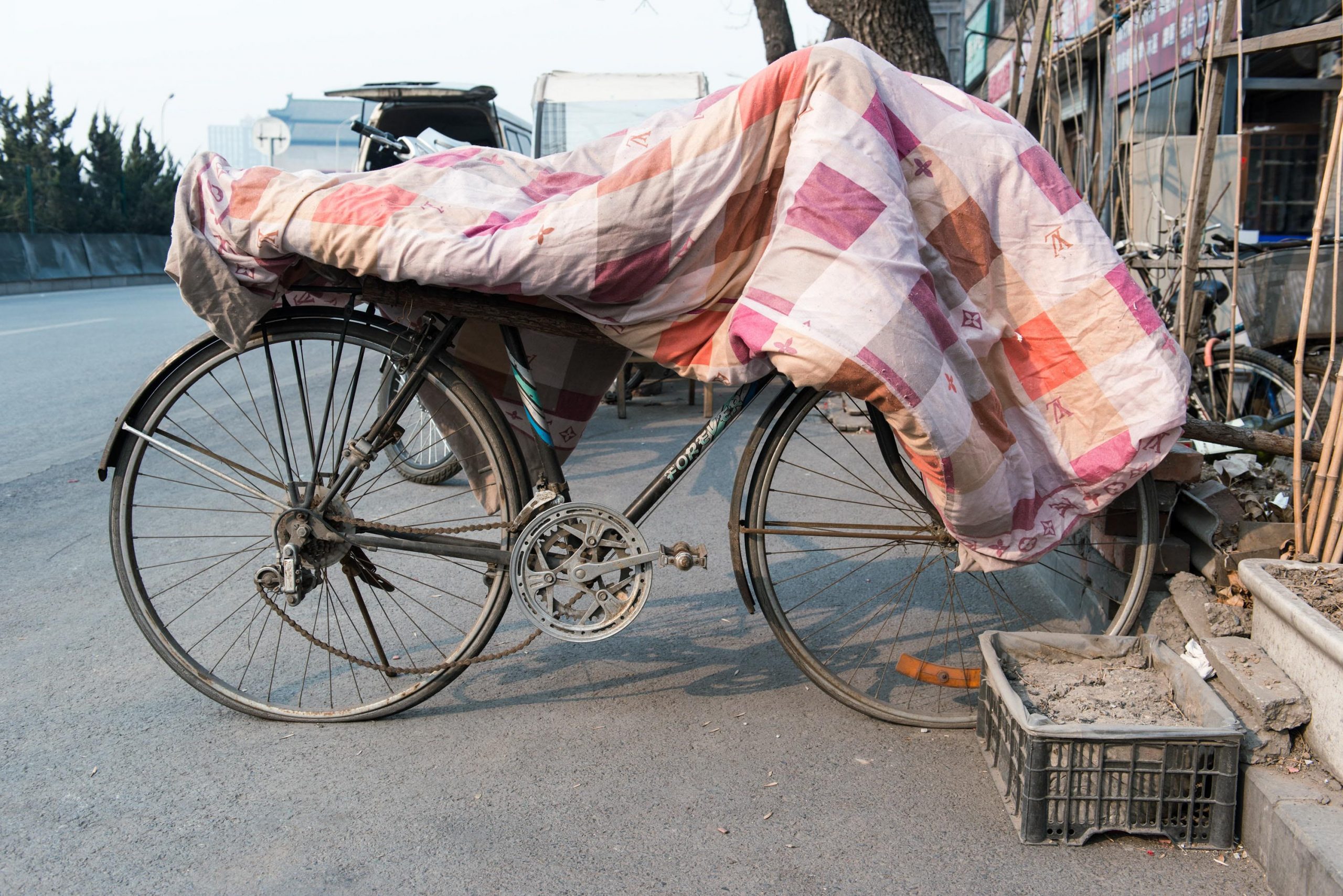 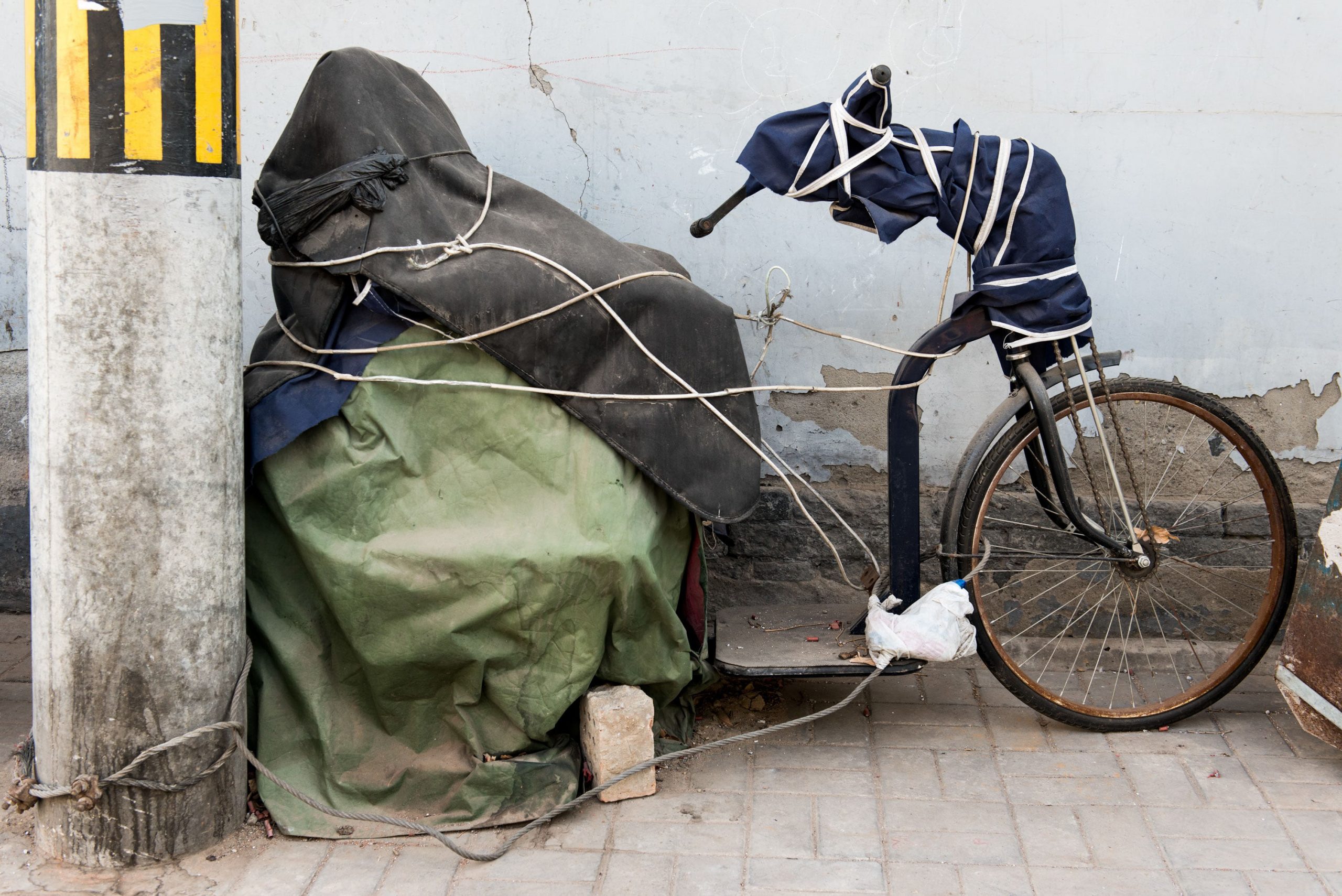 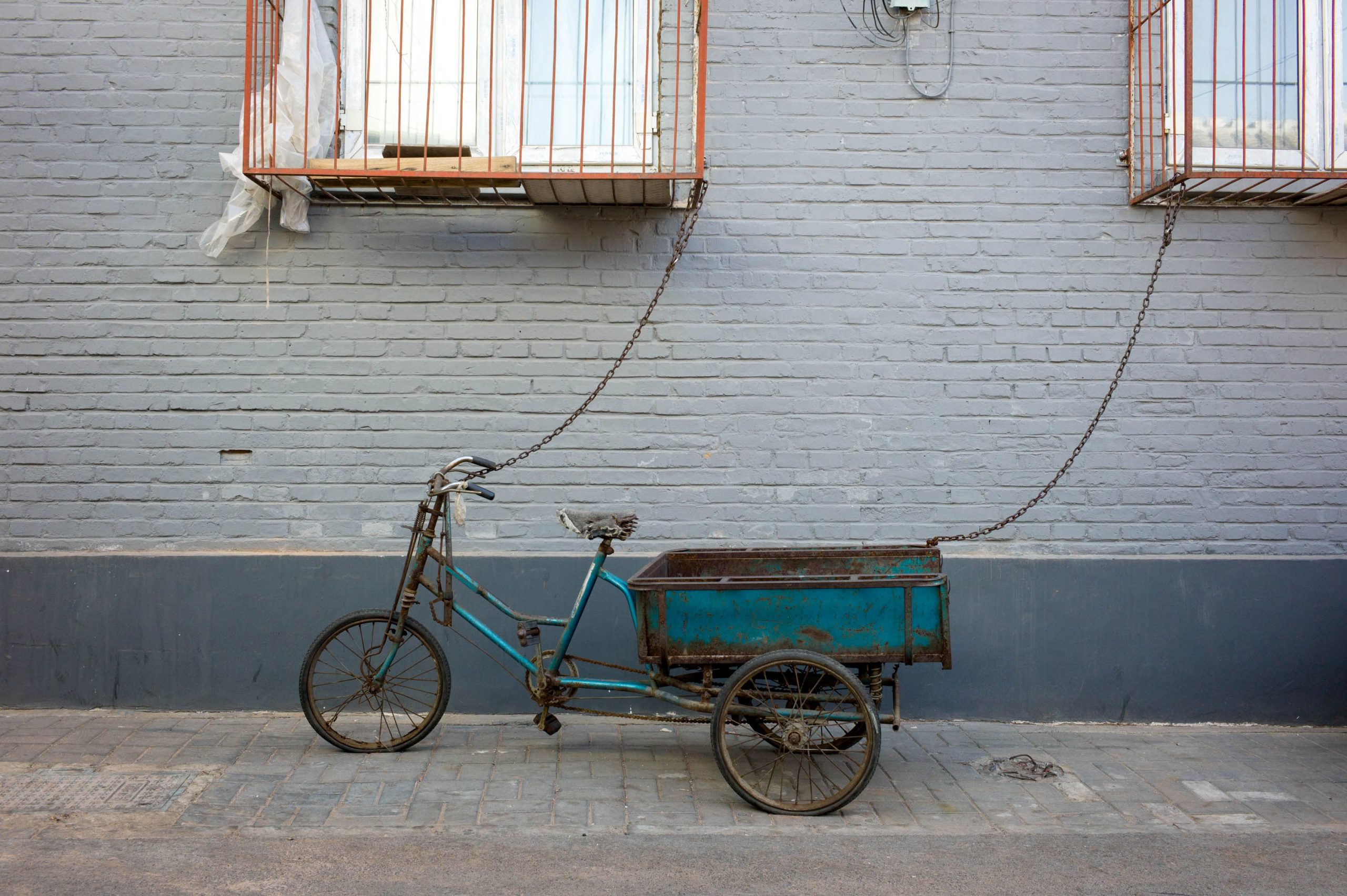 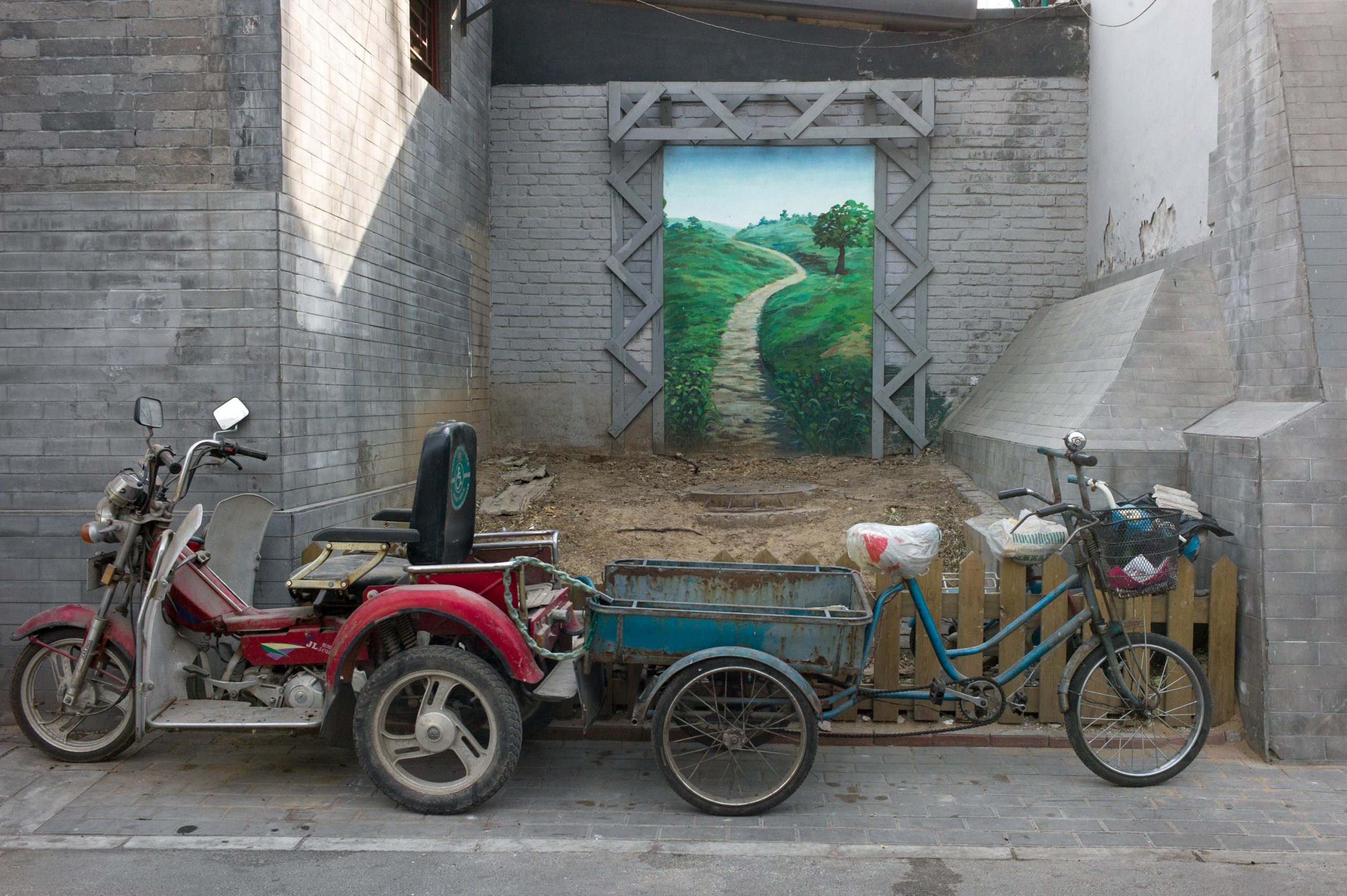 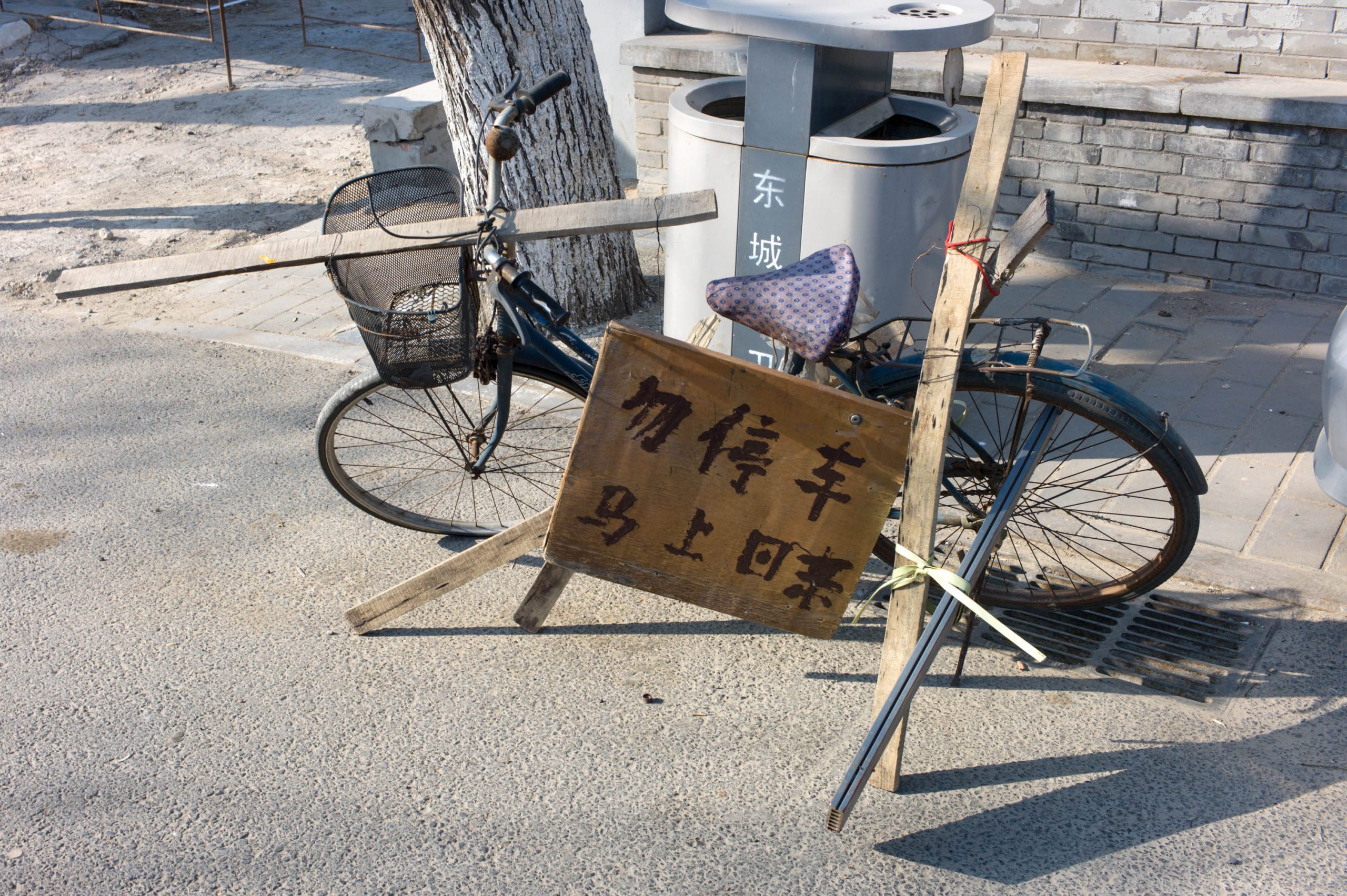 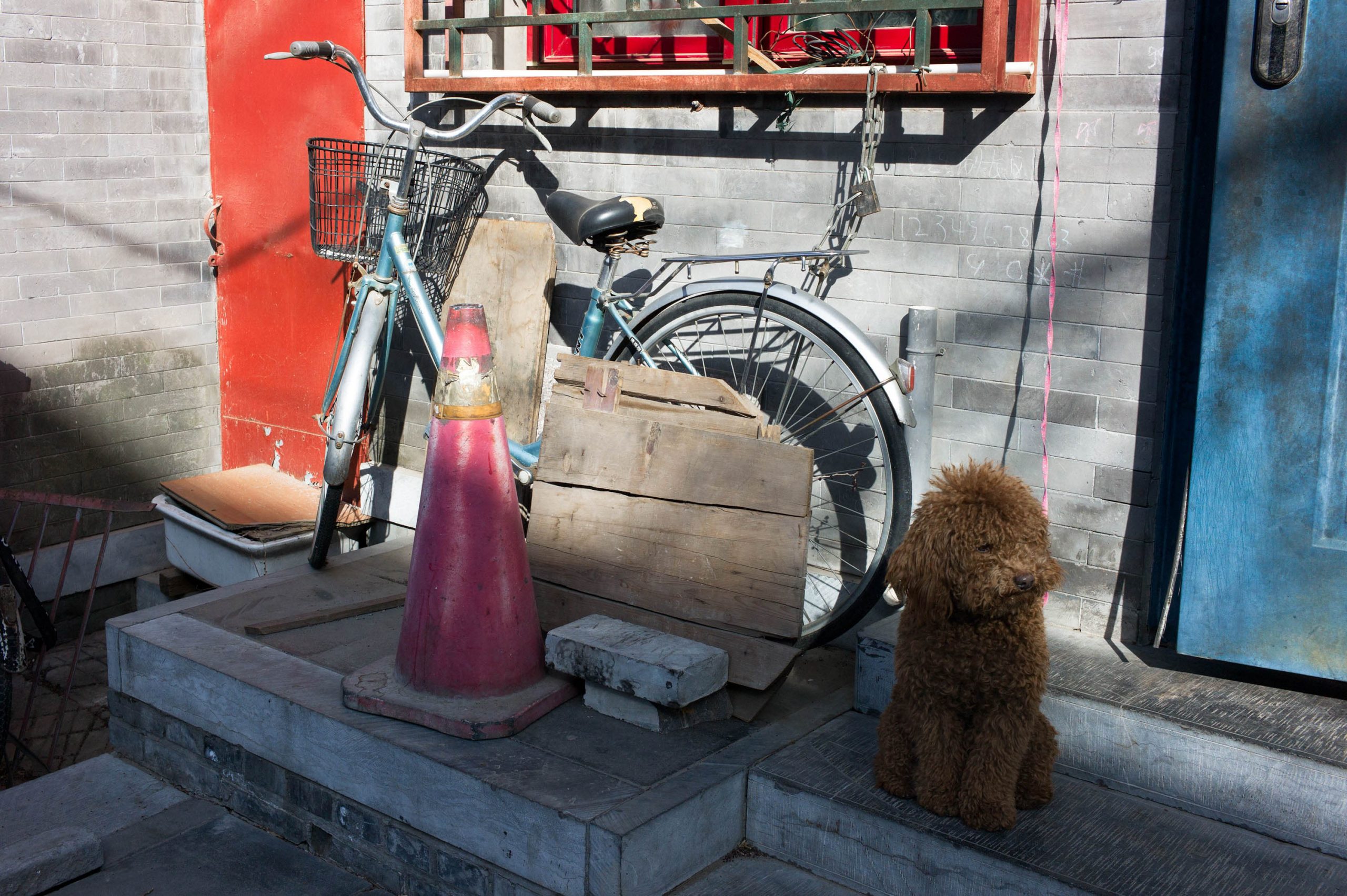 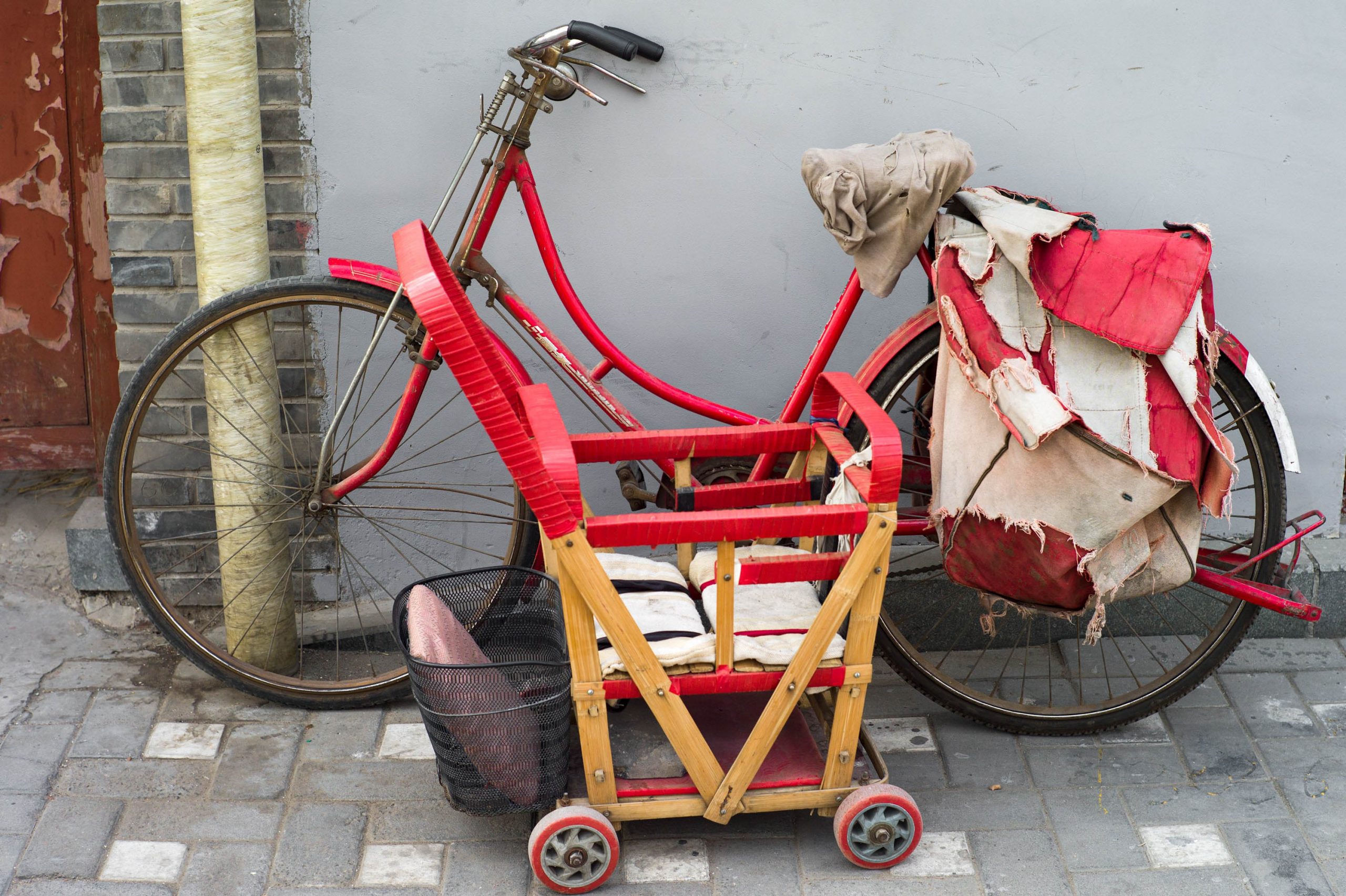 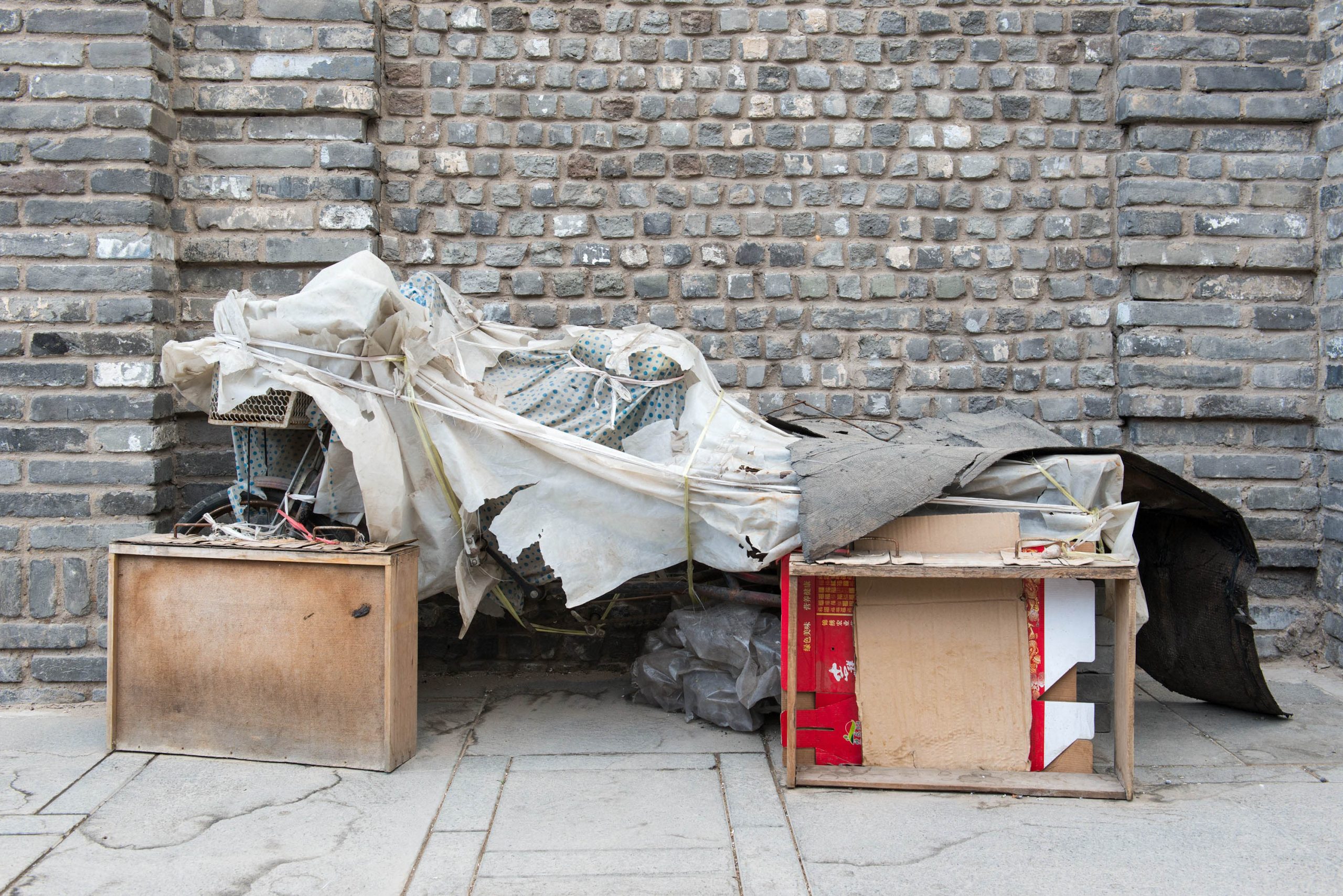 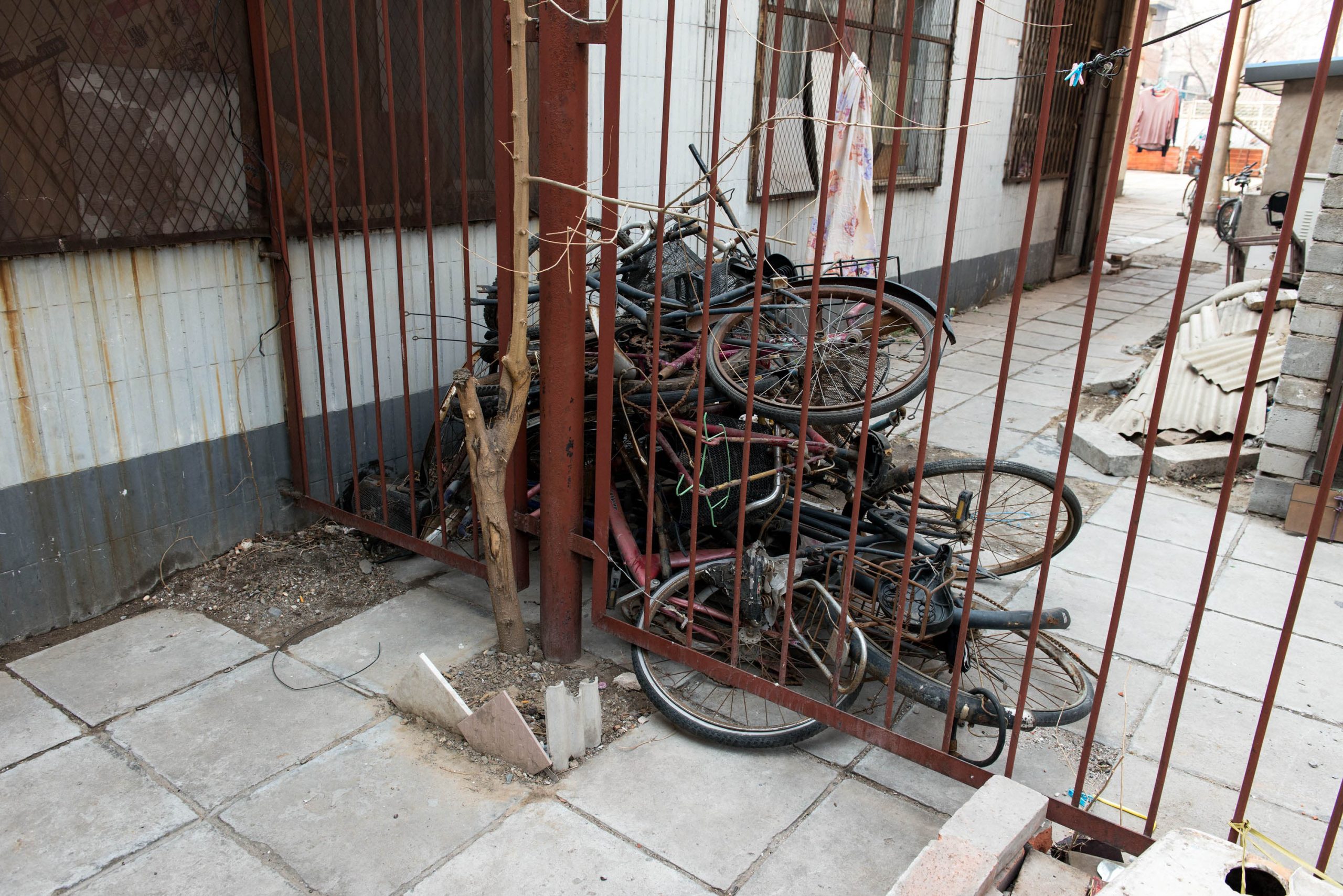 Lost in the auto boom has been the humble, dependable bicycle. The once iconic mode of transit has been severely marginalized in the modern city. Rather than a universal cultural symbol, cycling has been reduced to a sign of the socially vulnerable groups of China. – Xiaomeng Zhao

Somewhere in the streets of Beijing lies an old and broken bicycle. Abandoned though it is, with its basket long since bent out of proportion, its rear wheel long since separated from its counterpart, the words “FOREVER” are nevertheless defiantly displayed on its frame in bold uppercase letters. The post-millennial surge of wealth in China’s larger cities has paved the way for a bustling car culture, leaving the bicycle behind for people considerably less financially fortunate. Excavating Beijing for the city’s bicycles, Zhao expectedly found most of them in severe disrepair. Few of them had survived the Chinese transition to gasoline, and those that did have since burrowed inside their owners’ basements, or seemingly nestled themselves in trash and cardboard on the side of the road. In Bicycles in Beijing, Now (2017), Zhao explores the present fate of these objects as a reflection of how the Chinese, as individuals, are coping with the seismic shifts that their lives, and their country, is undergoing every day. All photos featured are from the series covering a wide range of bicycles around the city of Beijing.

Work by Xiaomeng Zhao has been featured on a wide range of online platforms including Neocha, Lensculture and Designboom and has been exhibited at Galleria 814 and Boehmer in Toronto.