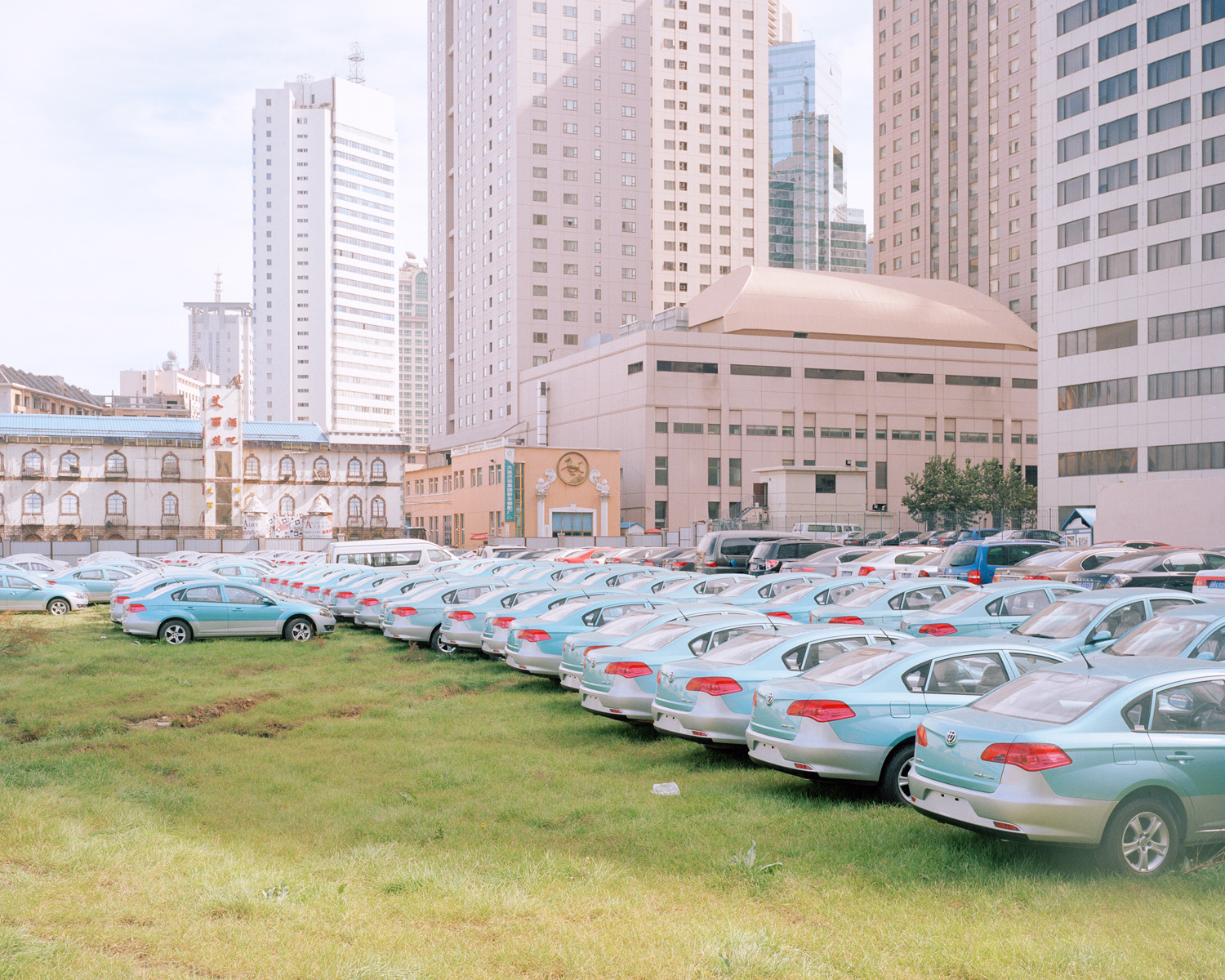 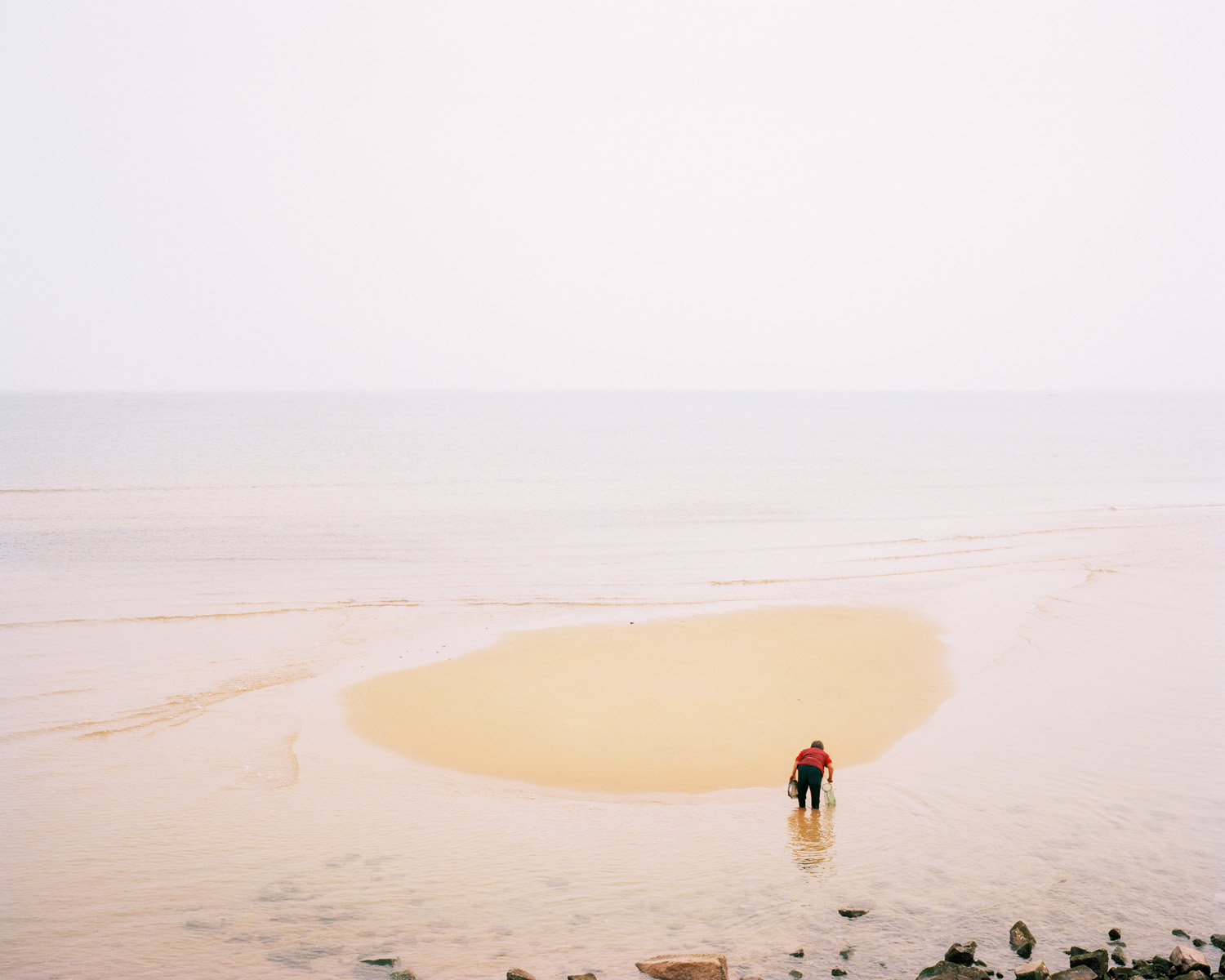 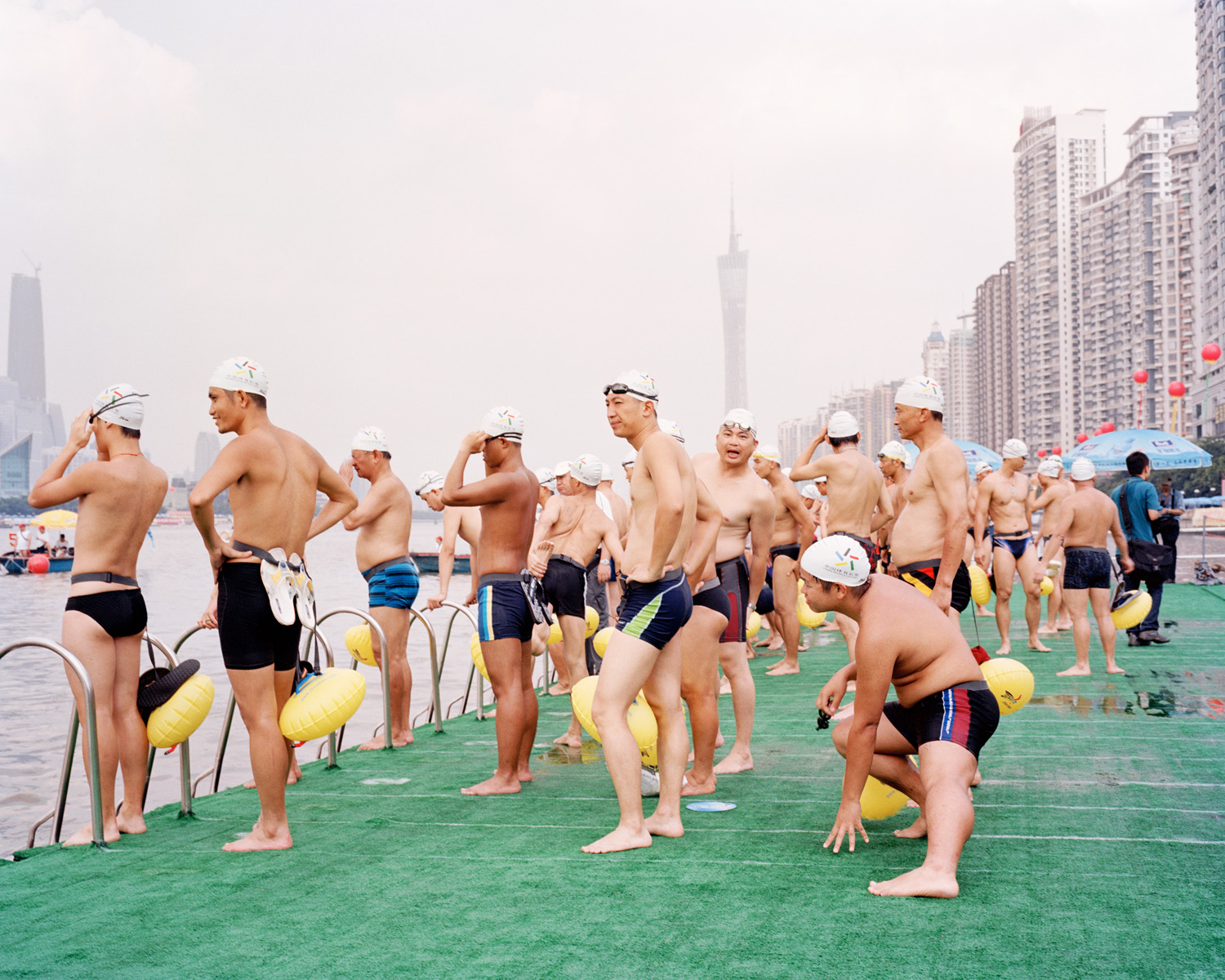 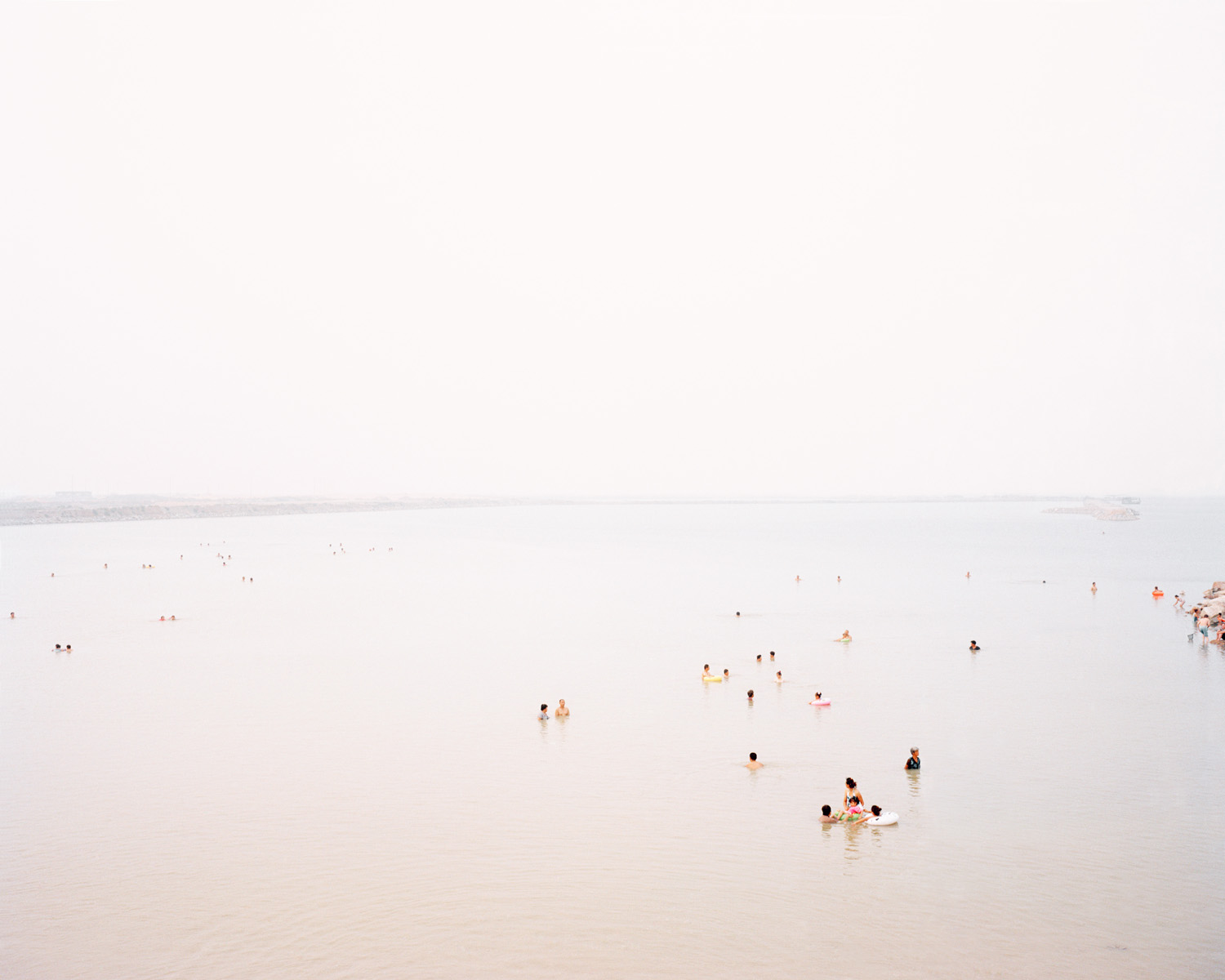 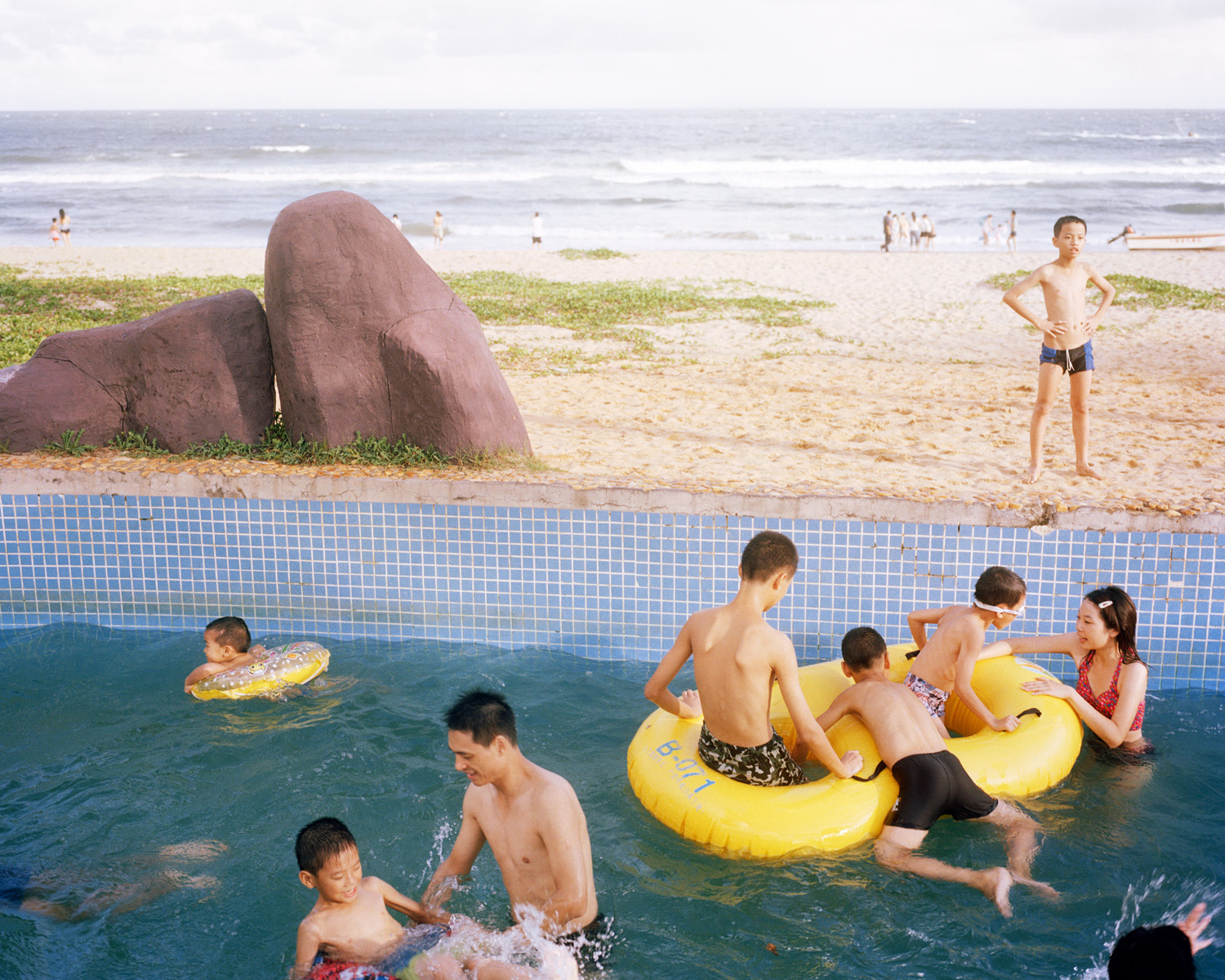 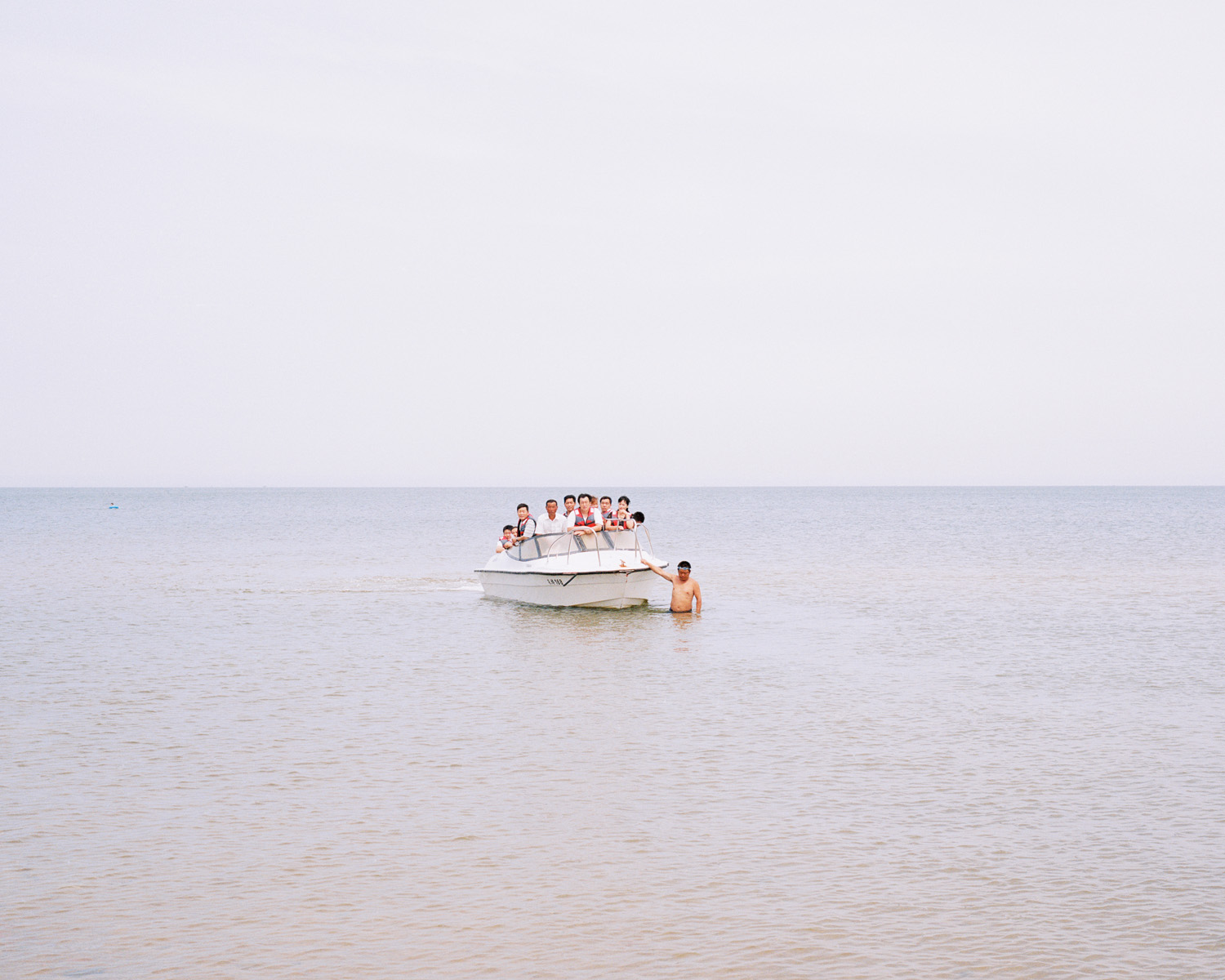 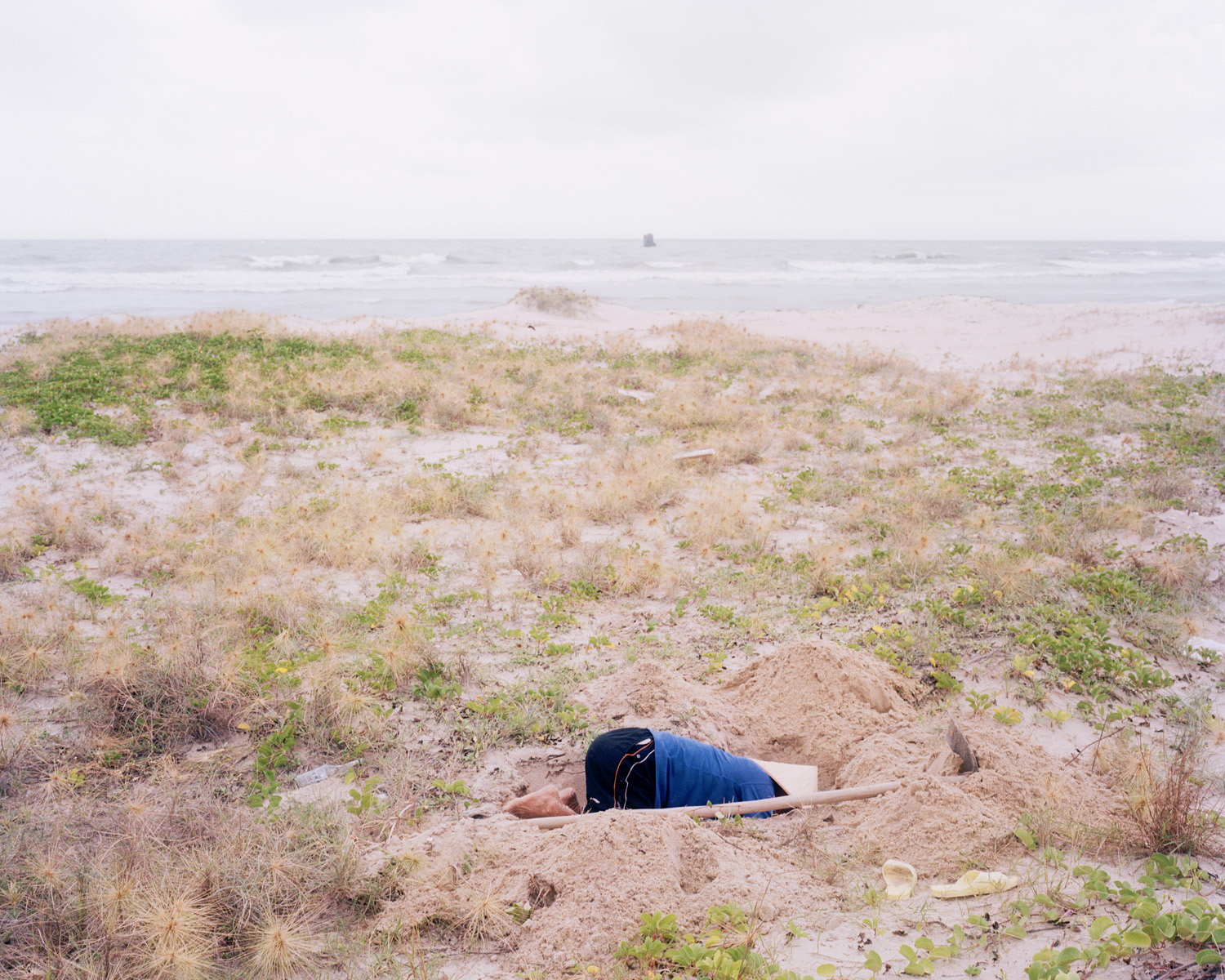 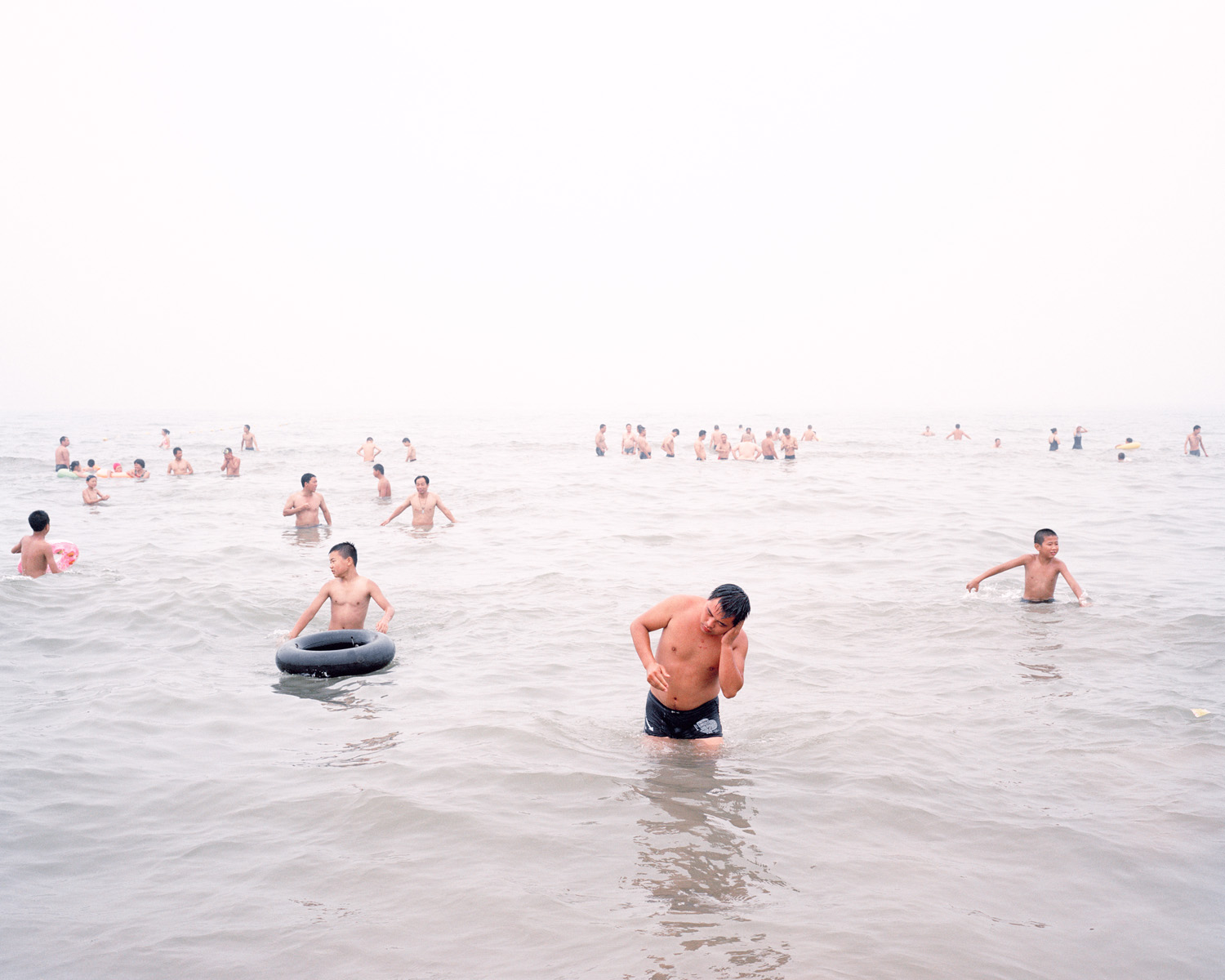 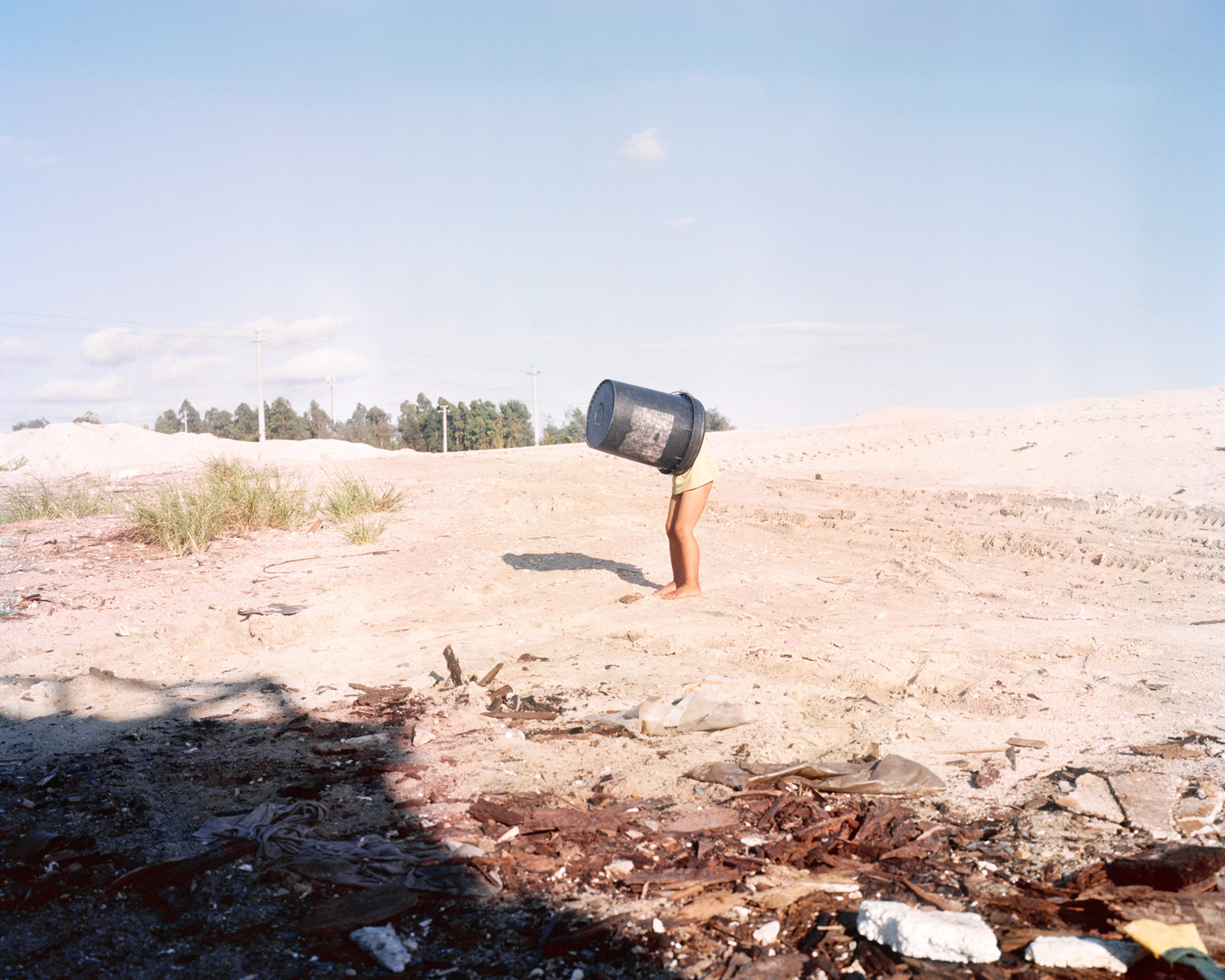 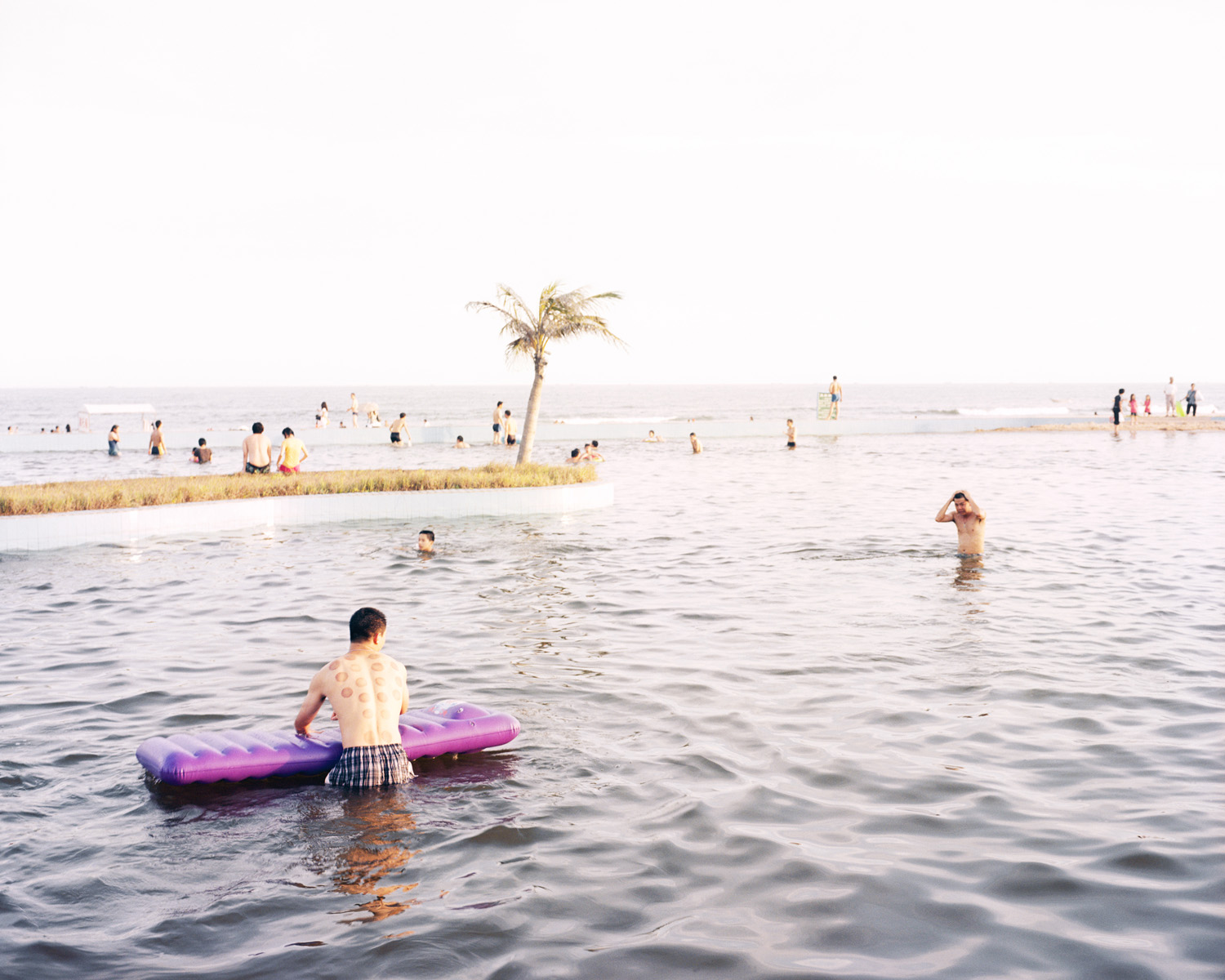 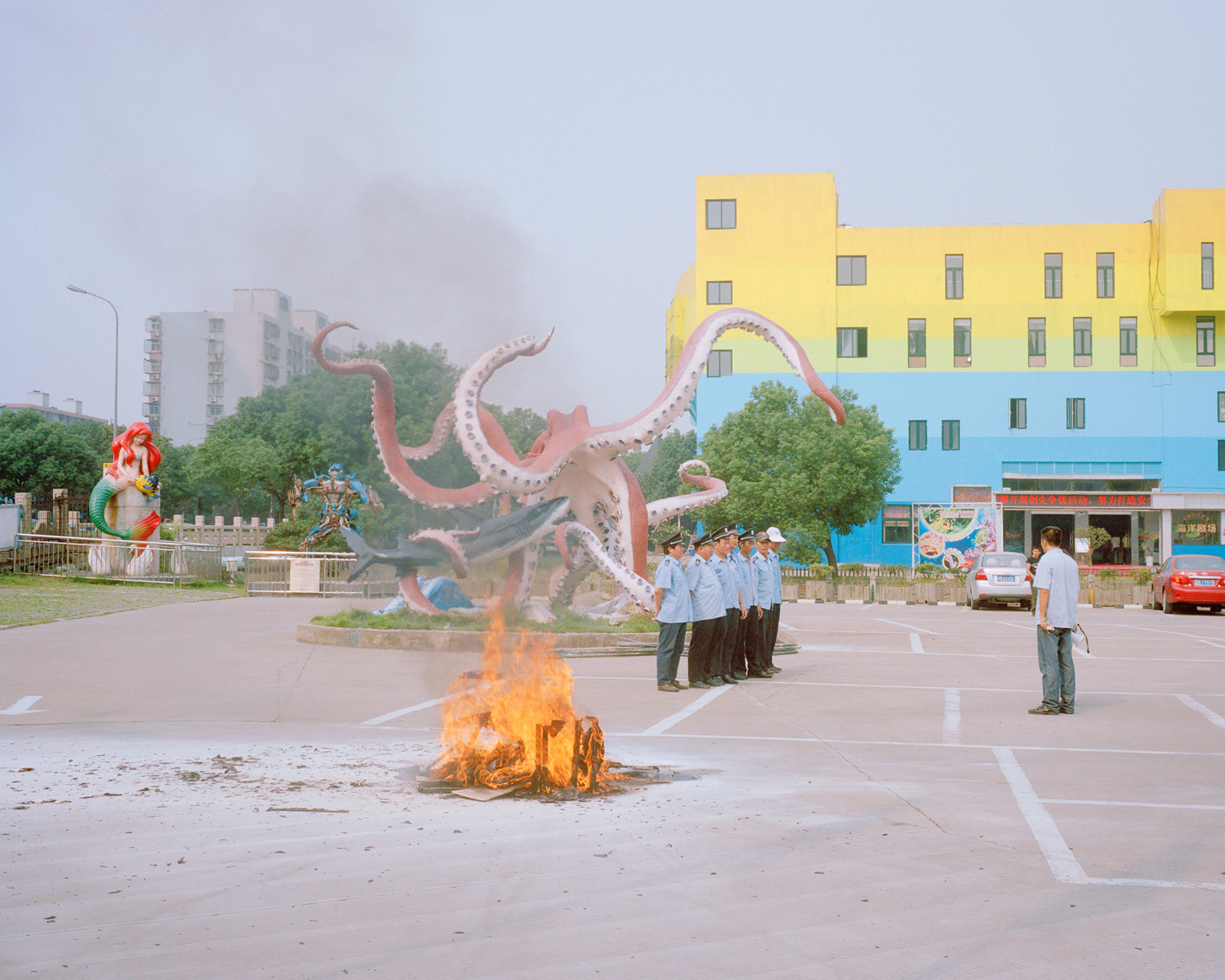 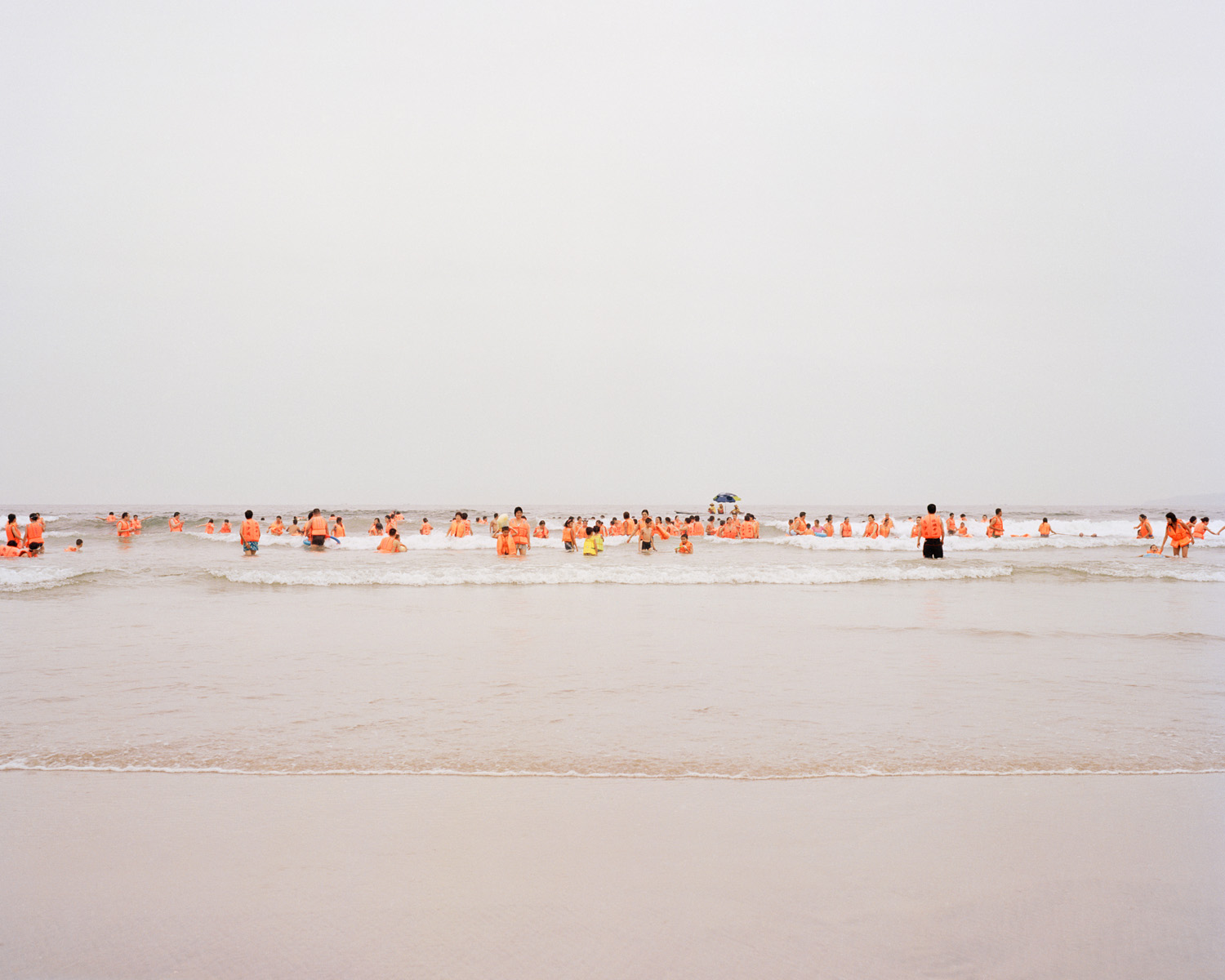 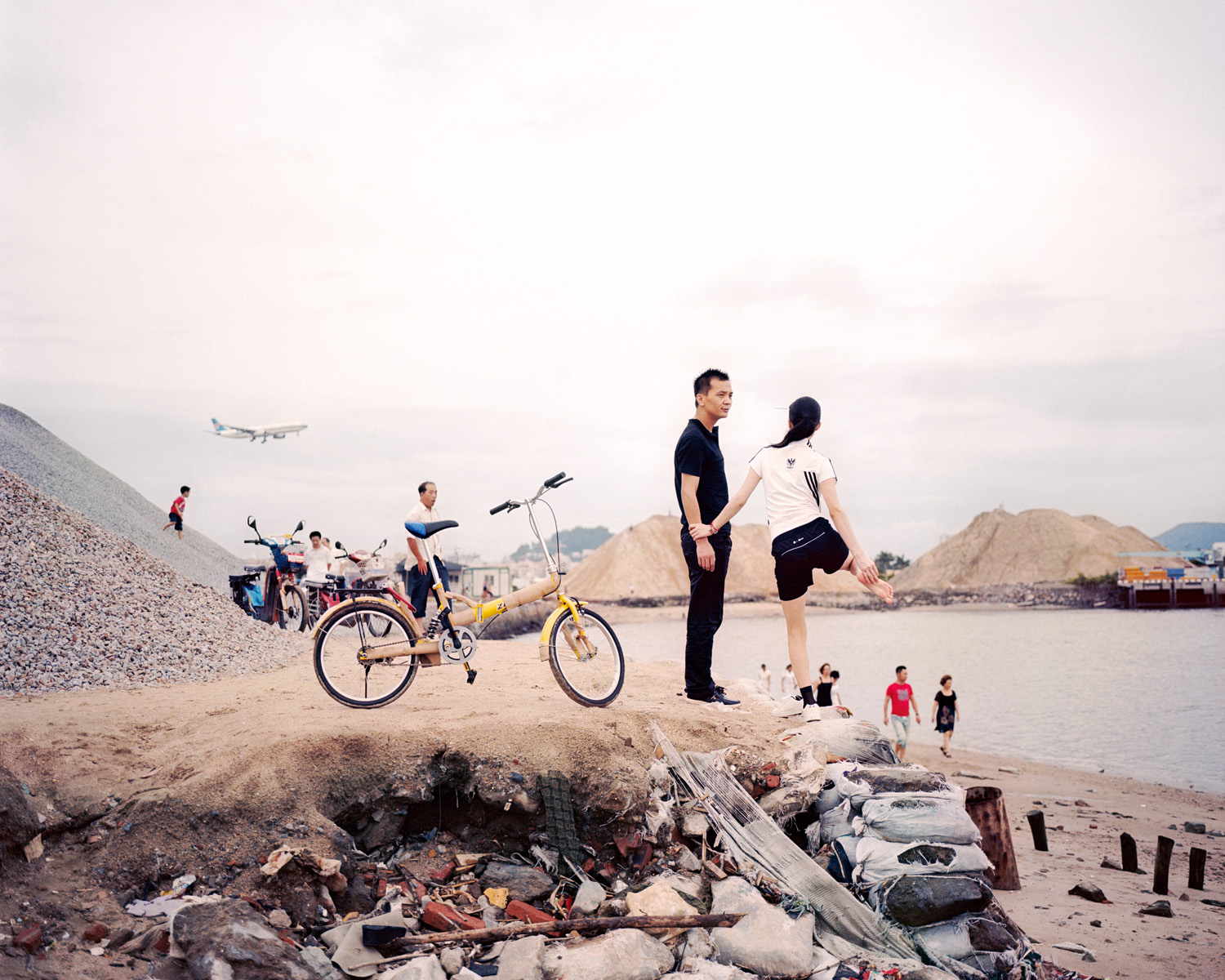 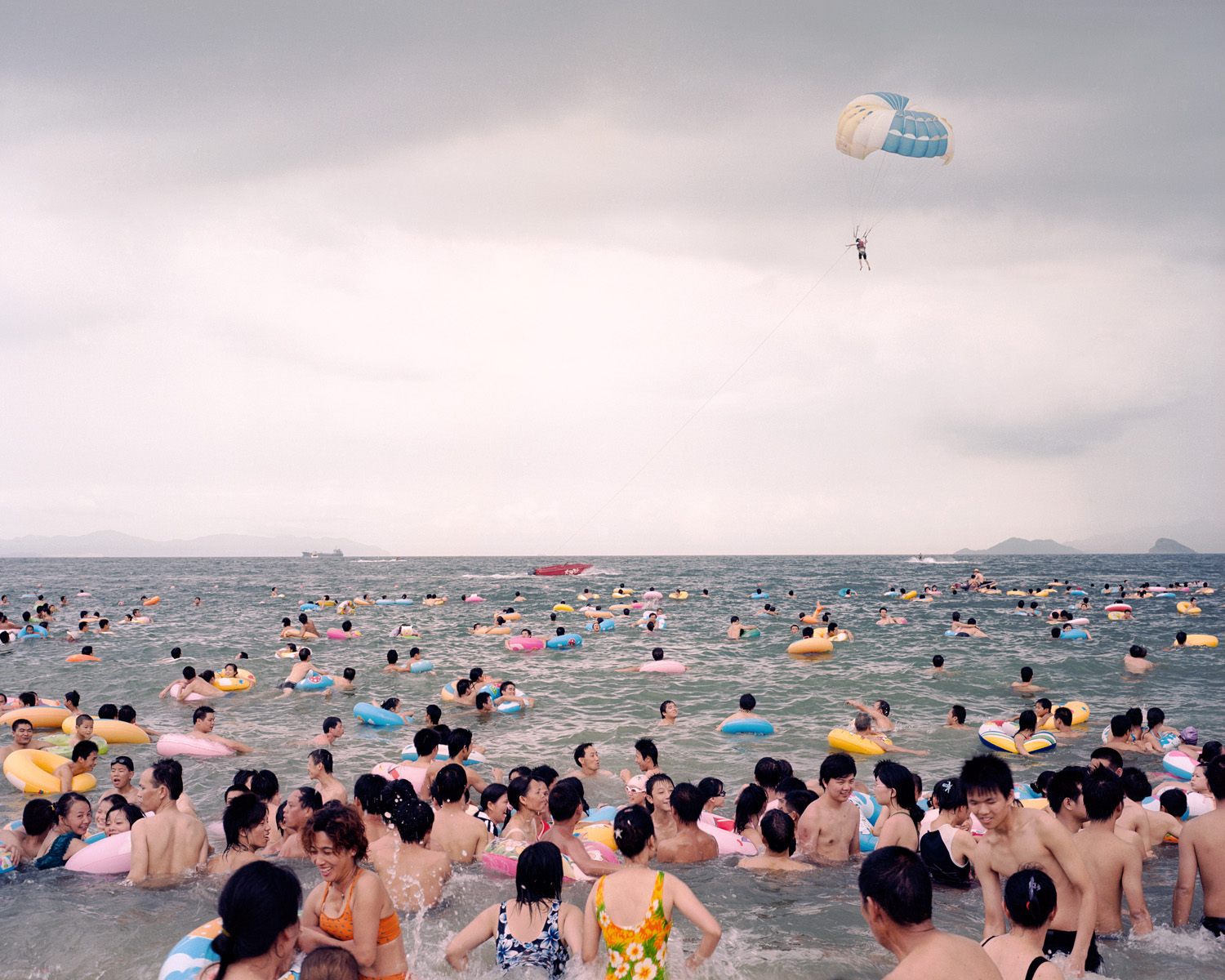 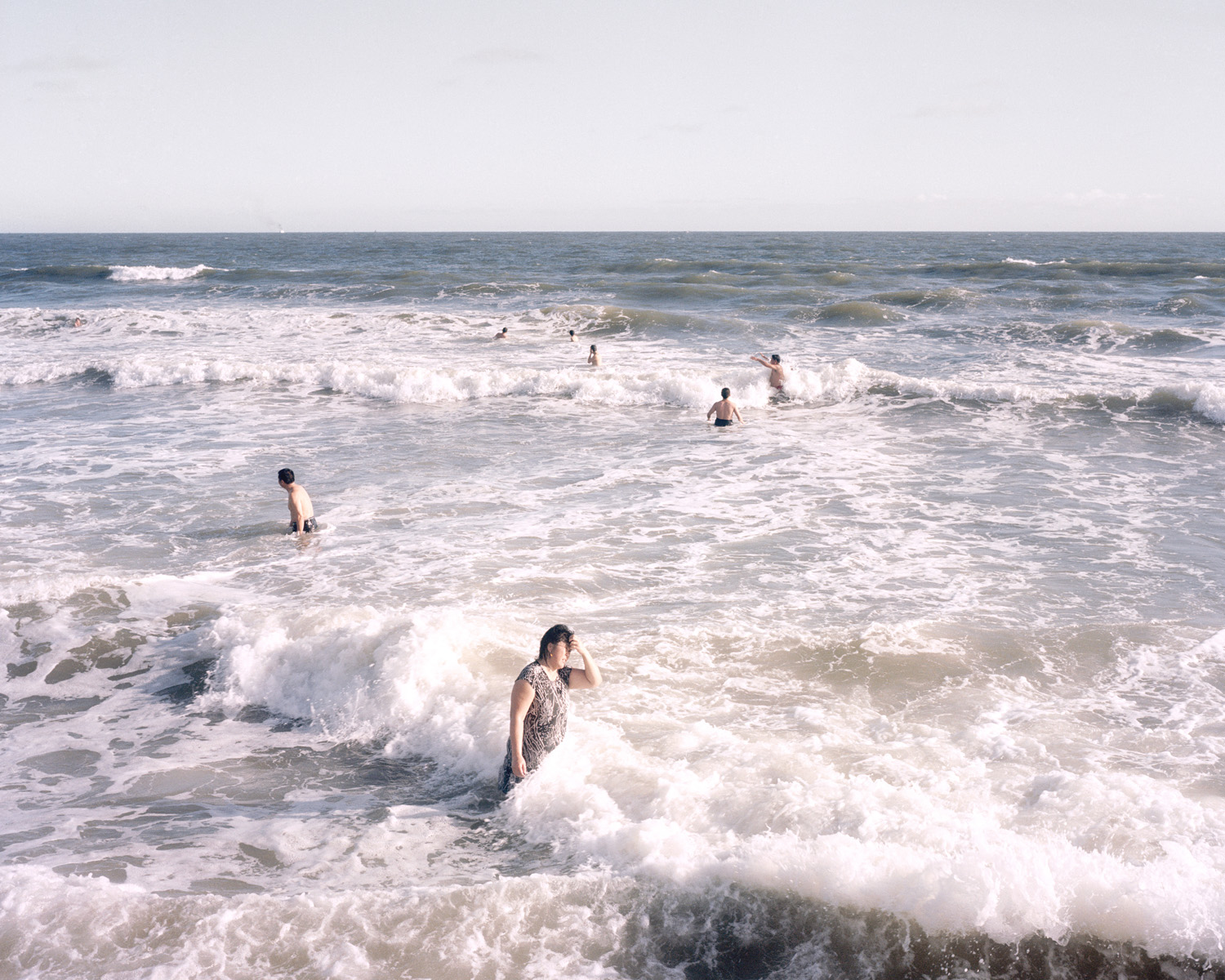 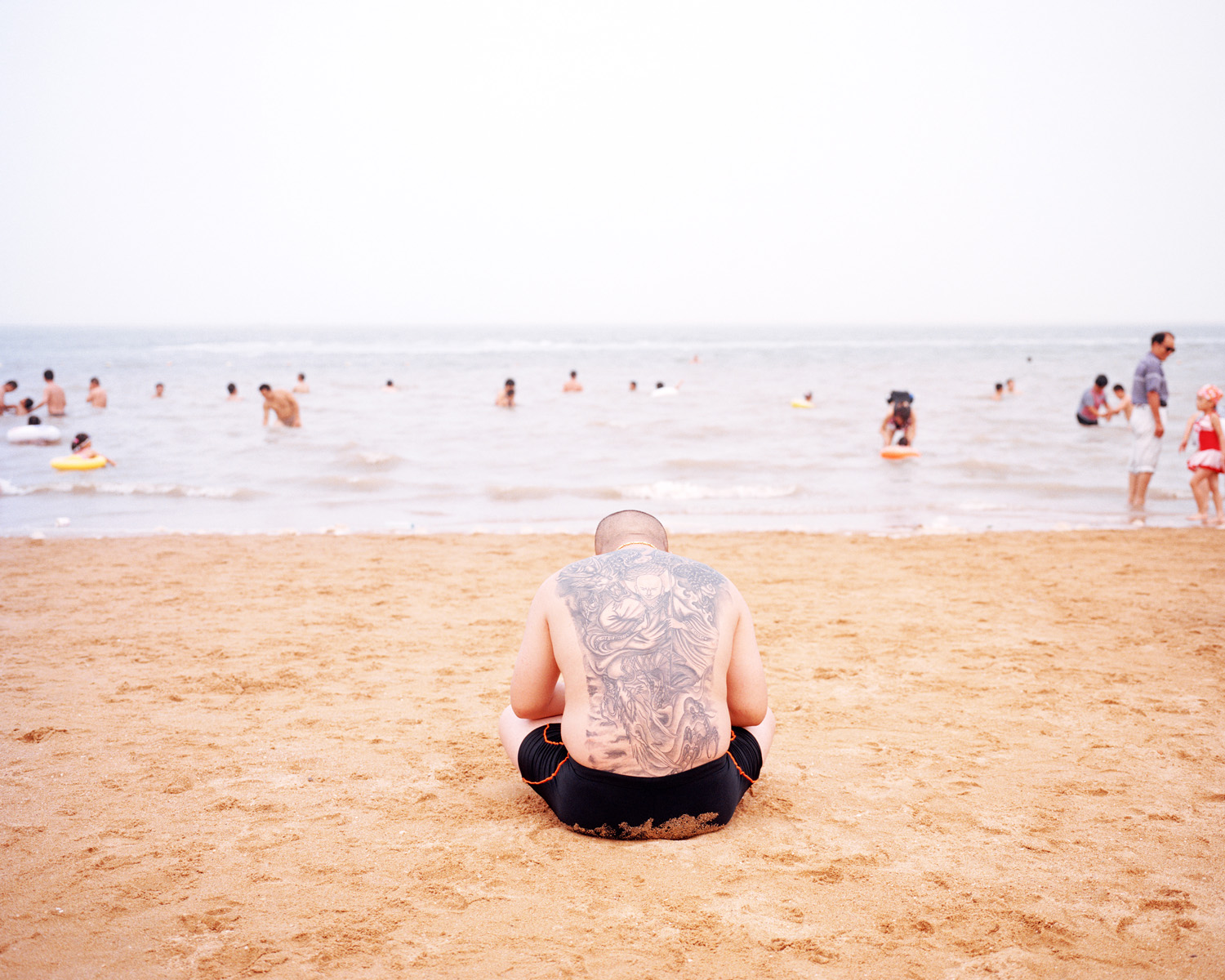 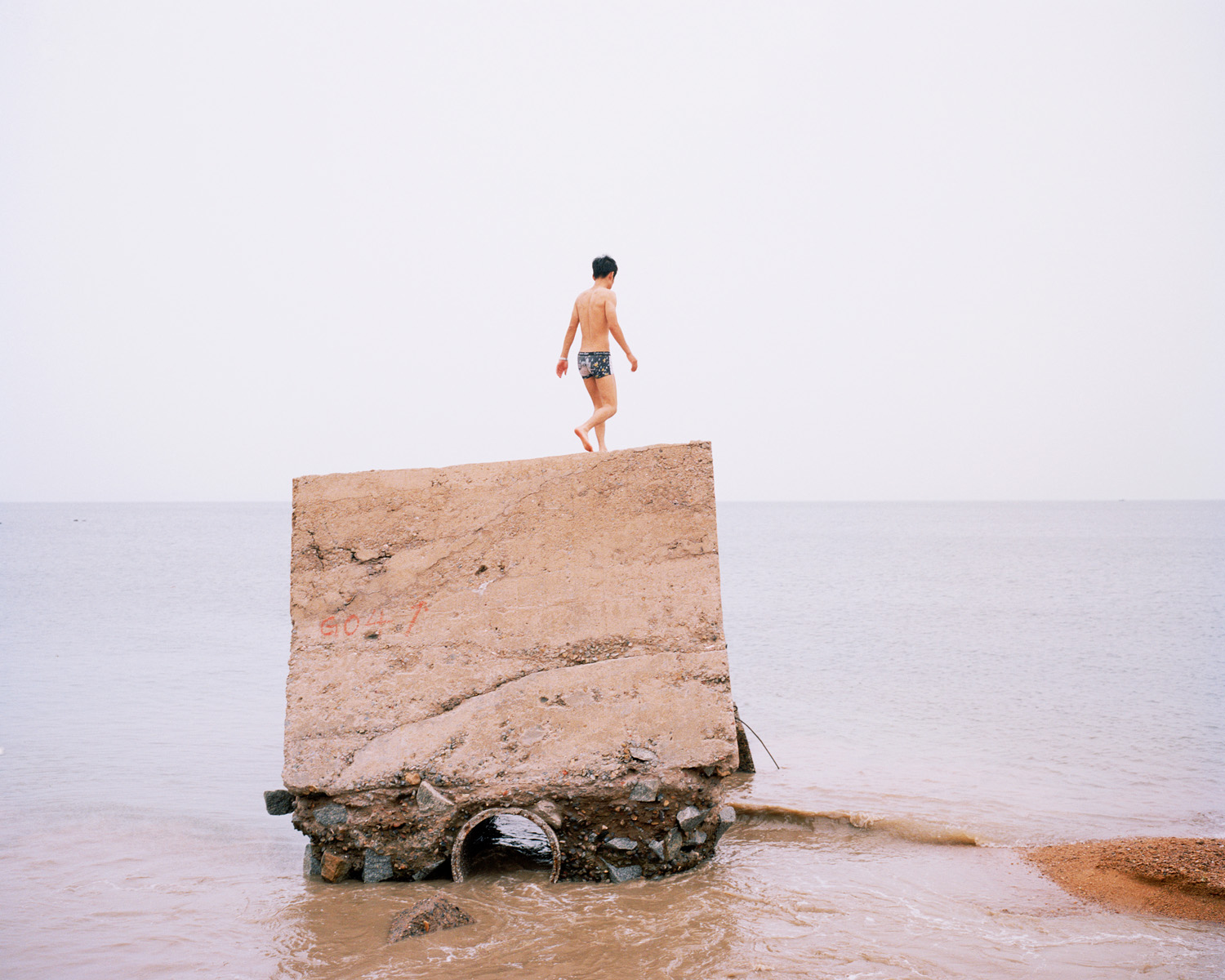 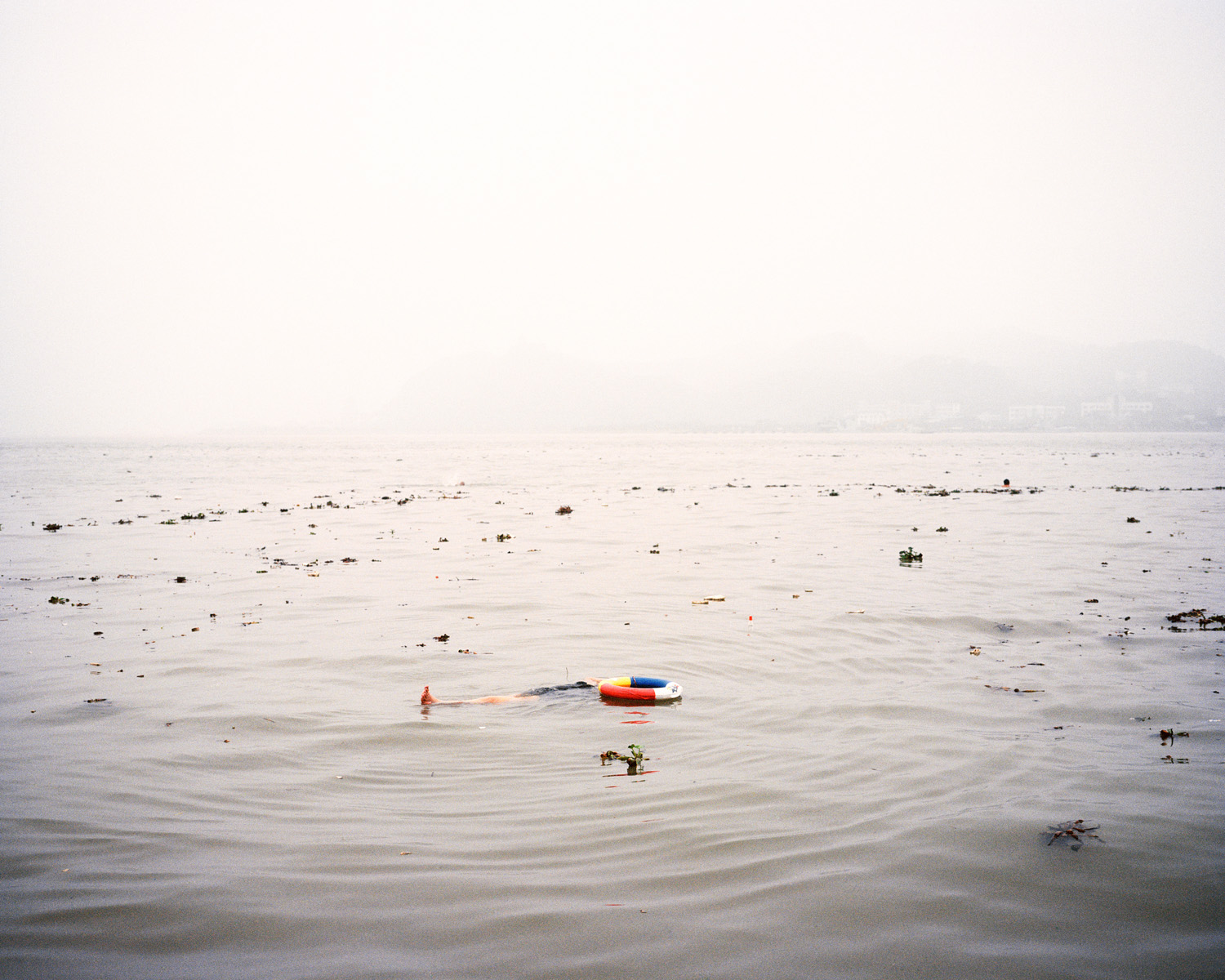 When I was a child, I was eager for the sea and I felt the sea to be mysterious. I could never touch it. Now, I still feel as I did. I come here to seek strong emotional conflicts and rich images, which may bear deep sorrow and a sense of loss. The sea is the beginning of lives and dreams. At the same time, I am looking for a hometown in my heart. – Zhang Xiao

This series feature photographs from emerging photographer Zhang Xiao’s award-winning series Coastline (2012) that focuses on the continuous 18,000 kilometres of China’s coastline. The series does not merely capture the seaside landscape of these coastal areas, but also witnesses the changes of China caused by its economic reform in the past thirty years. China has a long coastline which begins at the mouth of the Yalu River in Liaoning province in the North and runs for eighteen thousand kilometers to the mouth of the Beilun River in Guangxi province in the South. There have been great changes every day in China since the country began opening up thirty years ago. The cities are like big construction sites, accelerating to catch up with the rest of the world. These trends are particularly true of China’s coastal areas. A multitude leaves their home towns in the countryside to go to the coastal regions. The drive for urbanization and economic growth continues while the spiritual life of the people stagnates.

Zhang Xiao graduated from the Department of Architecture and Design at Yantai University in 2005. Before becoming a freelance photographer in 2009, he worked as a photographer for Chongqing Morning Post. Zhang Xiao’s images often reveal his unique understanding of today’s China and a sense of surrealism that precisely capture the absurdity in the country due to rampant economic changes. The snapshot aesthetic and adoption of ordinary people from daily settings as protagonists are the common threads through his two iconic series They and Coastline. Zhang received the Prix HSBC pour la Photographie in 2011, and the second Hou Dengke Documentary Photography Award in 2009 with Coastline series. He also won the Three Shadows Photography Award in 2010 with They series. In 2015, Zhang participated in “The World in 2015” at Ullens Center for Contemporary Art, China. His works have been exhibited extensively in photography festivals including Photoquai at Musee du Quai Branly in Paris, France (2015) and Festival Pluie d’Images in France (2013). Zhang’s works are collected by the Burger Collection; Fidelity Corporate Art Collection in USA; HSBC Foundation for Photography in France and Three Shadows Photography Art Centre in China.